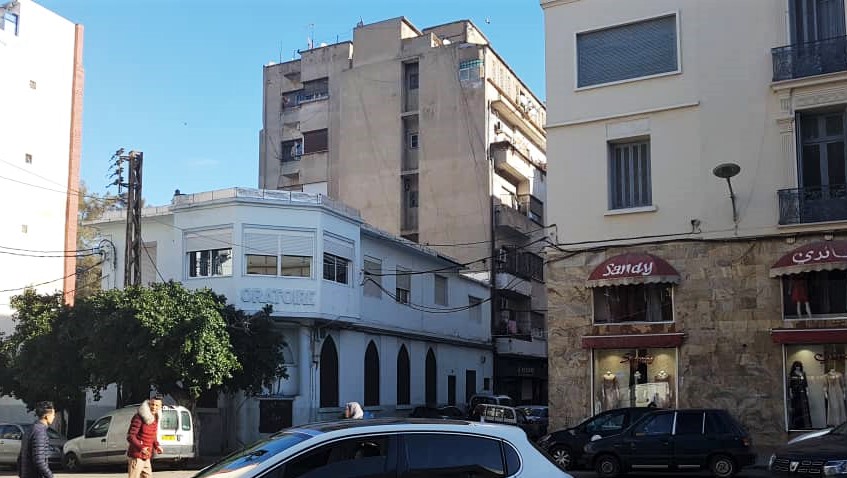 TIZI-OUZOU, Algeria (Morning Star News) – An order to close a church building in the city of Oran, Algeria was issued last fall but was not conveyed to the pastor until last weekend, sources said.

“This official document was to be delivered by a bailiff appointed by the public prosecutor at the court of Oran [Province], but it wasn’t so,” Pastor Seighir said, adding that his attorney took the initiative to obtain the ruling. “This judgment dates from Nov. 10, 2019, and usually affected people have 10 days to appeal.”

The pastor’s lawyer notified the judge of the delay so that the church can still appeal within 10 days of Jan. 11, when he received the order, Pastor Seighir said.

The then-governor of Oran Province, Mouloud Cherifi, on Dec. 28, 2017 had sent notice that the “church is not in accordance with the laws in force,” namely registration under Law 03/06, which regulates non-Muslim worship. The 2006 law requires non-Muslim worship buildings to be licensed, but all applications to do so have remained unattended.

Cherifi gave the congregation three months to comply with Law 03/06 or it would be closed, he said. Before the three-month deadline, however, police arrived by order of the governor on Feb. 19, 2018 to seal the worship hall of the church, called Oratoire (Oratorical) Church. Oran Province is  414 kilometers (257) miles west of Algiers on the Mediterranean coast.

Five months later, on July 6, 2018, police reopened the building on the condition that the church comply with Law 03/06 and Law 06/12 regarding associations. Pastor Seighir has asserted that the church’s affiliation with the Protestant Church of Algeria umbrella body (l’Église Protestante d’Algérie or EPA) put it in compliance with Law 03/6, but Cherife maintained that each church must obtain licensing under the 2006 law.

“But we all know that these laws are only there to muzzle Christians and other religious minorities,” Pastor Seighir said.

Without authorization to close the church, Cherifi undertook a route through the court system. On Aug. 8, 2019, the church received a summons from an administrative justice office to respond to a complaint by Cherifi. He accused the the church of worshipping without licensing under Law 03/06 and failing to justify its existence as an official association.

A judge then ruled on Nov. 10 that the church must close.

“We only have to appeal to bring this case to the Supreme Court in Algiers, because it is our last resort,” Pastor Seighir said. “I think the Lord wants to take His church to another stage, and she is going to have to go through this situation. It is through these difficult times that the Lord works to change this country.”

A change in presidents resulted in a new governor being appointed in Oran Province, replacing Cherifi in September 2019.

Pastor Seighir said many Algerians were unaware of the existence of Christian churches, but that the closures have brought them to light.

“Everyone has heard of the church and is talking about it, too,” he said. “The church has its place in the middle of society, and it must assume it. I know these closings are just for a while, and the good times are coming soon.”

Islam is the state religion in Algeria, where 99 percent of the population of 40 million are Muslim, handicapping efforts at reform. Since 2000, however, thousands of Algerian Muslims have put their faith in Christ. Algerian officials estimate the number of Christians at 50,000, but others say it could be twice that number.

Bookstore Remains Closed
Cherifi also on Oct. 23, 2017 had ordered the closing of the bookshop that Pastor Seighir managed, accusing him of producing and distributing gospel literature. Any literature or other means designed to “shake the faith of a Muslim” is illegal in Algeria.

The shop was sealed shut on Nov. 10, 2017, without any evidence of the accusations.

Through his attorney Pastor Seighir requested the shop be reopened so that he could make a living, and a judge in an administrative court of Oran ordered removal of the seals and dismissal of all charges against the pastor. He also ordered that Pastor Seighir be compensated in the sum of 500,000 Algerian dinars (US$4,170) for the losses caused by the closure.

“Unfortunately the store remains closed to this day because of the overzealousness of the governor, who refuses to comply with the judge’s order for the reopening of the bookstore,” Pastor Seighir told Morning Star News.

The church closure also caused financial problems for its salesman, who has been unemployed since then. The church leader said he is baffled by the governor’s lack of compliance.

“They ask us to obey the law and to act as such, and that is what we have done and continue to do – so why doesn’t the governor and those involved in this matter obey this law?” he said. “The judge ordered that the bookstore seals be removed and the closure order be quashed; why was the order not carried out? Ultimately, they are above the law.”

The church has a higher and more powerful defender in Christ, he said.

“We pray that God will open their eyes so that they can come to the light,” Pastor Seighir said.

The EPA has made many appeals to local authorities, ministry of religious affairs official and interior ministry officials to try to resolve the closures, without success.

Algeria ranked 17th on Christian support organization Open Doors’ 2020 World Watch List of the countries where it is most difficult to be a Christian, up from 22nd place the previous year.