Please Continue to Pray for China 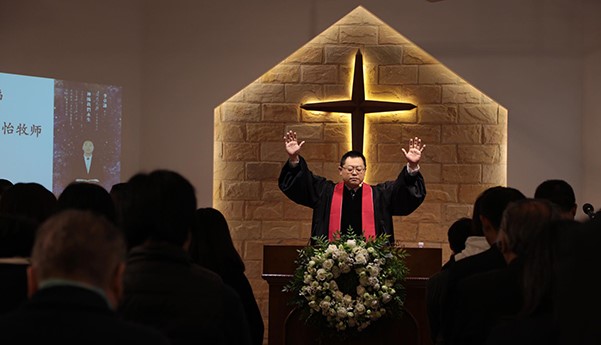 ‘But I tell you, love your enemies and pray for those who persecute you, that you may be children of your Father in heaven.’ (Matthew 5:44-45a)

When you’ve read the rest of this email, you’ll understand why the verse above comes to my mind as I write to you.

Many of us have been using services like Zoom to join our church congregations online while we are in lockdown due to the coronavirus pandemic. But for some churches in China, this has put them in danger.

On Easter Sunday, at least six leaders of Early Rain Church were taken from their homes and their electricity cut off after government officials learned they were joining a Zoom call for online church. And this is just the latest incident in years of intrusive government surveillance and harassment the church has endured.

In December 2018 Pastor Wang Yi and his wife Jiang Rong were detained, along with over 100 other church members, after he criticised the government’s policy towards independent churches such as his. He received a nine-year prison sentence in December 2019. Jiang Rong and many others have been released on bail, but some remain in detention or under house arrest.

‘If it were not for believing in God, we would not have hope even in all kinds of suffering’

Recently a letter has been widely shared on Chinese social media describing the church members’ experience. The letter is by Brother Zhou [not his real name], a member of Early Rain.

Brother Zhou said:
The guards stayed in Brother Guoqing’s home, and he had to keep the bedroom door open when he slept. They meticulously recorded all the details of his life in a small notebook, including how many times he went to the toilet.

Our three families have now been under guard for more than 480 days, and a policeman said to Auntie Qin, ‘You may be guarded right up until your death!’

But gradually, some of the guards showed a little compassion. And one said, ‘Someone has been promoted because of you!’ Another said, ‘Thank you for creating a job for me that pays five thousand a month.’

Jesus was interrogated, convicted, whipped, teased, spurned and mocked, and finally crucified, died and was buried…If it were not for believing in God, we would not have joy, peace, patience, and hope even in all kinds of humiliation, intimidation, and suffering.

In a beautiful act of obedience to Jesus’s words in Matthew 5, Brother Zhou wrote a prayer for the police who are in his home.

This week, join us to pray the prayer Brother Zhou wrote:

Lord, we pray for the police [in China]. Lord, you give them the authority and power - let them use it properly. We pray that the Lord will give them an upright and righteous heart and let them work in accordance with the laws and regulations, not just the command of their leaders. We pray that the Lord will give them a brave heart and that they will dare to say no to the darkness! We pray this in the name of the Lord Jesus Christ, Amen.