U.S. Pastor Allowed to Return Home from India after More than Seven Months

Hindu nationalist government intended to forbid him to leave for at least five years. 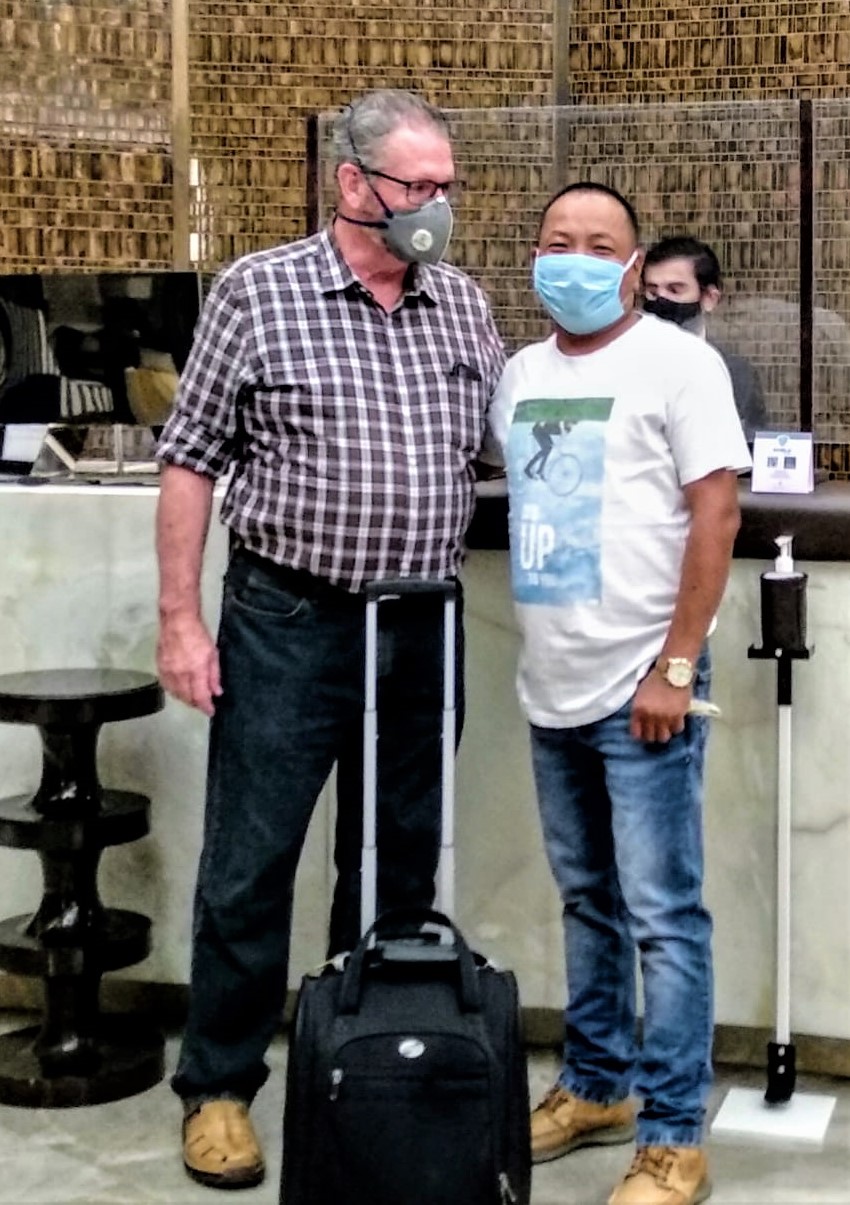 NEW DELHI (Morning Star News) – Stranded in India for seven months and two weeks on a minor charge of failing to declare money, U.S. pastor Bryan Kevin Nerren was cleared of all allegations and allowed to return home this week, he said.

“I am back with family and friends at home,” Pastor Nerren told Morning Star News from Shelbyville, Tennessee, on Wednesday (May 20), having requested that word of his departure from India on Monday (May 18) not be published until he was safely out. “It is a wonderful time.”

The 59-year-old pastor had been arrested at Bagdogra airport on Oct. 5 for failing to report money he was carrying for his trip. Bagdogra is the closest airport to Sikkiim state in northeast India, where he had planned to attend a Sunday school conference along with two other U.S. pastors.

“I found my strength in God, and He kept me going,” Pastor Nerren told Morning Star News, mentioning his 29-year-old daughter Laura, who suffers from cerebral palsy. “Laura is doing good, and she was all smiles.”

Nerren received a warm welcome from family and friends at Nashville International Airport. His overjoyed wife Rhonda, children and grandchildren greeted him upon arrival.

“I am really happy he is able to go,” pastor David Rock of Hope Community Church in Siliguri, who visited and helped Pastor Nerren in his legal struggle, told Morning Star News a day before Nerren’s flight.

Pastor Nerren leads the International House of Prayer Ministries at Shelbyville together with his wife.

He was arrested under sections 104 and 135 of the Customs Act of India for allegedly failing to declare funds he was carrying; he has said that no one had notified him that he was supposed to declare them. Charged under the Foreign Exchange Management Act (FEMA) and the Customs Act, he stayed in jail for six days before being released on bail and reportedly faced some discrimination at the jail hospital.

Huge Penalty
Pastor Nerren had to pay a huge amount in penalties for his release, according to sources.

On Friday (May 15), he was cleared of all charges, and his passport was handed back to him after he had paid the equivalent of US$1,876 to Indian Customs as “compounding fees.” He had also been fined nearly $4,000 by Indian Customs as “Payment of Personal Penalty.”

Besides the two penalties, Nerren had to meet harsh bail conditions in October 2019.

“Pastor Bryan was arrested and presented before the court on Oct. 6 and was subsequently granted bail, but the bail conditions were harsh and required two bail bonds of 1 Lakh [100,000] rupees [US$1,412] each or local land papers in lieu of the bonds,” said Tapan Kumar Choudhary, the then-attorney for Pastor Nerren. “This was again challenged by me in the upper court on Oct. 9, and the bail was granted on Oct. 10 with relaxed sureties. The court this time asked only for two bail bonds of 10,000 rupees [US$141] each, and hence he was released on bail on Oct. 11.”

Pastor Rock said he regretted all the money spent.

“It was God’s money,” he said. “I don’t know what he will do about the money, which he cannot get back.”

Pastor Nerren stayed at a guest house in Siliguri after his release on bail in October. Banned from traveling, he could not leave the country or the city as the case dragged on at Siliguri Court, under the Darjeeling District Court.

He spent months of frustration making court appearances, he said.

“I really would like to go home to my family,” Nerren told Morning Star News on Dec. 3. “Every week there is a different delay.”

Normally responsible for half the care needed by his daughter who suffers from cerebral palsy, Pastor Nerren told Morning Star News on Nov. 8 that she was growing ill.

“She is not eating well and becoming sick,” he said at that time. “She knows something is wrong and is getting sicker.”

A hearing scheduled for Dec. 16 did not materialize, he said.

“All conditions that the court required were met, but they refused to release me,” he told Morning Star News on Dec. 19.

In his absence, his wife not only took full responsibility for his daughter but worked hard petitioning for his release. She made a trip to Washington, D.C. in November to meet with U.S. State Department and elected representatives.

Rhonda Nerren wrote to President Donald Trump appealing for his intervention to secure the pastor’s release, and on Jan. 27 he wrote to her acknowledging her “steadfast efforts” to ensure Pastor Nerren’s safe return home.

On May 17, Pastor Nerren flew to Delhi from Bagdogra airport and met officials from the U.S. Embassy in Delhi, including Ambassador Kenneth Juster, a day before taking his flight to the United States.

Pastor Nerren told Fox17 News that it was India’s intention to keep him in the country for five or seven years.

“They kept delaying and delaying and delaying it,” he said. “It worked with couple of deals, with a little bit of extortion, some blackmail, some money, and a whole lot of diplomatic efforts on behalf of our country. The ambassador to India really worked hard. He had to force their hand. Even last week they backed out again on the deal, sort of.”

“He could have got home earlier if COVID-19 lockdown was not there,” he said. “But I am so happy that he is home now.”

‘Never Easy’
At Nashville International Airport, Pastor Nerren told Fox17 News, “It’s never been easy; I never imagined it would be this difficult.”

Traveling to India and Nepal in October 2019 with two friends, they had landed in New Delhi on Oct. 5 and proceeded to Bagdogra on their way to Sikkim state. His scheduled departure for Nepal on Oct. 11 never happened as he was arrested at the Bagdogra airport after officials cited instructions from Delhi to apprehend him.

They alleged that he had failed to declare the money that he was carrying with him on arrival at New Delhi. Pastor Nerren was carrying $40,000 that he intended to use during his trip to India and Nepal, with most of that money meant for a children’s ministry in Nepal.

Pastor Nerren denied that he was concealing the money in comments to Morning Star News last year. Customs officials in Delhi had questioned him and his friends after they discovered his money in his backpack and travel pouch. They finally cleared the trio to board the domestic flight to Bagdogra after intensive questioning.

After thoroughly checking and speaking to the three Christians, authorities cleared them to fly, he said.

“Bryan was willing to do all the formalities required, but they asked him to take his flight to Bagdogra,” Pastor Rock said.

On their arrival, however, Pastor Nerren was arrested, his passport and the travel money confiscated and he was put under travel ban. He was not allowed to meet personnel from the U.S. embassy.