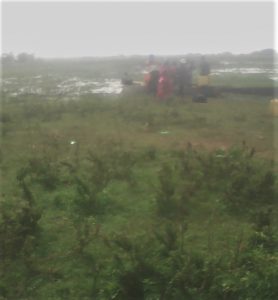 By Our Eastern Uganda Correspondent

NAIROBI, Kenya (Morning Star News) – Christians in eastern Uganda had what seemed to be an effective strategy for bringing the gospel to Muslims on the banks of Lake Nakuwa, part of Lake Kyoga.

The Christians from Namuseru village, Gadumire Sub-County in Kaliro District would cross the lake to go fishing and, as they interacted with Muslims near Lugonyola village, become fishers of men, inviting them to evangelistic meetings there.

In time hard-line Muslims began warning the Christians to stop evangelizing in the area, sources said. The last warning came on June 21, a day before radical Muslims from Lugonyola village beat and drowned 25-year-old pastor Peter Kyakulaga and 22-year-old church member Tuule Mumbya in the lake, one of the pastor’s relatives said.

“We have discovered that your mission is not to fish but to hold Christian meetings and then convert Muslims to Christianity,” one of the Muslims told the Christians on June 21, according to the relative. “We are not going to take this mission of yours lightly. This is our last warning to you.”

David Nabyoma, chairperson of the local council from Namuseru village, said Christian friends knocked on his door at 10 p.m. the night of June 22.

“They were requesting help, saying Muslims from Lugonyola had invaded the area around the lakeside, and several Christians were reported to have been injured, including my son,” Nabyoma, a member of the Church of Uganda, told Morning Star News. “Immediately we rushed to the scene of the incident with several Christians. We hired four boats and drove to the lake and found out that two of the Christians had been badly beaten and drowned in the lake and died instantly.”

Pastor Kyakulaga, who led the area Church of Christ congregation, leaves behind his wife and two children, ages 2 and 4. Church member Mumbya is survived by his wife and 2-year-old child.

Christians gathered in Namuseru village early the morning of June 23 to plan retaliation, but local officials spoke to them, called police and cooled tensions, sources said.

Police from Gadumire, Namwiwa and Kaliro stations arrived at the lake area and arrested three suspects. Officers identified them as Sharifu Ngugo, Hassan Mwidu Gulumaire and Jafari Kadisi of Lugonyola village and took them to the Kaliro central police station, a source said.

Police and fishermen searched the lake and found the bodies that day, June 23, he said.

Several government officials, including the district police commander, resident district commissioner and other local leaders condemned the killings, the source said. Church leaders pleaded with Christians to refrain from retaliating and pray.

Hundreds of Christians, including many church leaders from Anglican, Pentecostal, Catholic and other denominations, attended a funeral for the two slain Christians on June 24 in Namuseru village.

The killings were the latest of many instances of persecution of Christians in Uganda that Morning Star News has documented.