A court in Algeria has refused to allow the country’s second largest Protestant church to reopen, ten months after it was forcibly shut down by the authorities.

The court ruled in August that the order to shut the Source of Life Church in Makouda was justified under a 2006 ordinance stipulating permission must be obtained before a building is used for non-Muslim worship. 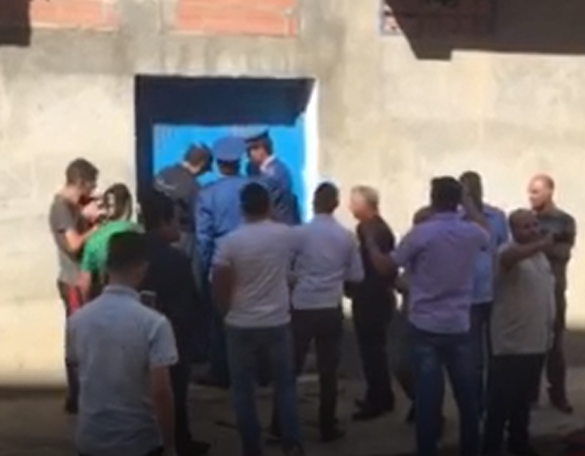 Authorities seal the doors to one of three Algerian churches ordered to close on 15 October 2019 [Image credit: Middle East Concern]

The 500-congregation church was one of three Algerian churches sealed by the authorities on 15 October 2019. Officials forcibly evicted worshippers from the Full Gospel Church in Tizi Ouzou, which has a congregation of around 700 members, and sealed the 100-member Light Church, also in Tizi Ouzou.

The closures were part of an escalating programme of action that has resulted in the shutdown of at least eleven churches in Muslim-majority Algeria since the beginning of 2018. The congregations of these Protestant churches are mainly comprised of converts from Islam and their children.

According to the 2006 ordinance, the National Commission for Non-Muslim Worship is in charge of issuing permits for approving the church buildings, but so far, no permit has been issued. This leaves the churches legally vulnerable to closure by authorities.

Committees of officials started regularly visiting churches in late 2017, with the declared aim of checking safety, but they also asked about permits to operate as churches.