Authorities in China are closing the net on persecuted Church communities by offering cash rewards to anyone who snitches on “illegal religious activity venues”.

In August, the Ethnic and Religious Affairs Bureau of Gushi county, in the central province of Henan, urged citizens to submit photos, videos and recordings of “unapproved” meeting places in exchange for around 500 yuan (£55; $70; €60) for each tipoff. 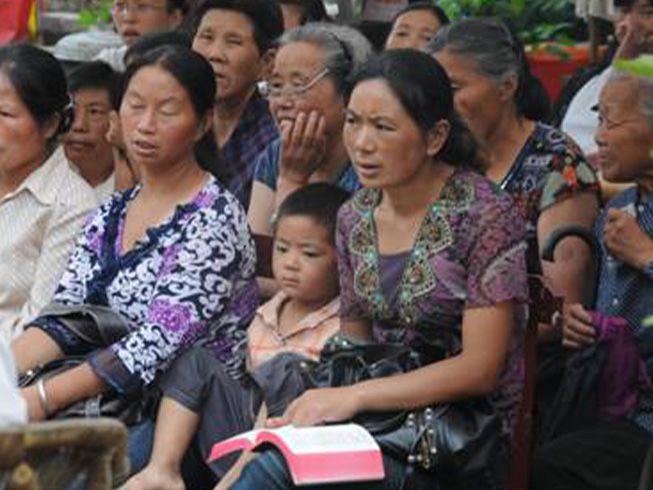 As a result of the campaign, a landlord of a “house church” (i.e. an unregistered congregation) refused to rent her property to Christians, leaving them without a place to worship for a second time. “She explained that she didn’t want to suffer consequences if our venue was discovered,” said a church member. The congregation belonged to a three-self (i.e. state-registered) church until it was shut last year as part of a continuing government crackdown against Christianity.

Banners and slogans promoting “proactive reporting on illegal religious activities” were displayed in other cities in Henan province, including Mengzhou, Jiyuan and Shangqui. Gatherings of three to five believers should be reported immediately, the authorities declared. Members of three-self churches are also being urged to inform on unregistered churches and groups.

Twenty three-self church leaders in Hubei province, which was severely affected by the coronavirus pandemic and recent heavy floods, were summoned for a meeting in June where they were told they could report on unapproved religious venues instead of making “donations” to the government.

“Officials told us that since we don’t have money to give to the government, we should encourage believers to spy on unregistered venues and collect rewards for this,” said a church leader who attended the meeting.

“We would get enough money after several such reports, they said. We do know who attends house churches, but we won’t do things against our conscience. Everyone must have the right to practise their faith.”

Hundreds of “house churches” and three-self churches have been either shut down or demolished across China as part of the government’s growing crackdown against Christianity. Authorities are introducing increasingly repressive measures to force religion under the control of the Chinese Communist Party, including the introduction of stringent new regulations in February 2020.