Pakistani Christian Asif Pervaiz was sentenced to death on 8 September after he was convicted of sending text messages with “blasphemous content”.

The 37-year-old former garment factory worker has been in custody since 2013, when he was accused by his supervisor of sending derogatory text message remarks about Muhammad. Pervaiz denied the charges, saying he had merely forwarded the messages. 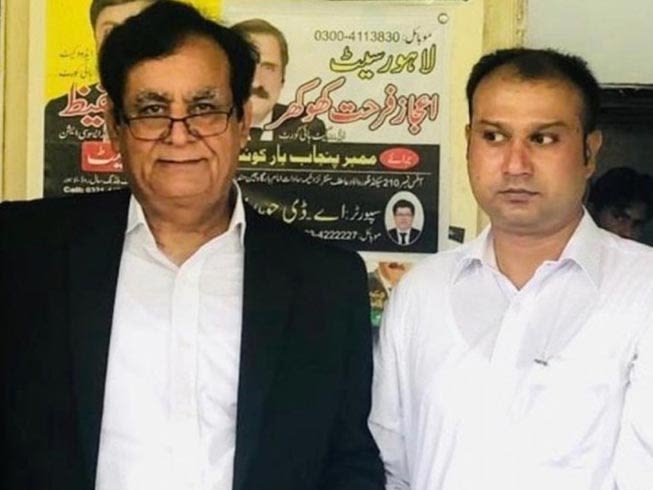 Lawyer Saif-ul-Mulook, left, is to lodge a high court appeal against the conviction of Christian Asif Pervaiz, right

Pervaiz’s lawyer Saif-ul-Mulook said he would appeal the conviction in the High Court. “This case should have been thrown out by the judge,” said the lawyer, who previously successfully defended Christian mother-of-five Aasia Bibi in overturning her “blasphemy” conviction.

“He has already spent seven years awaiting the court’s decision. Who knows how many more years he will have to wait till this is over?” added Saif-ul-Mulook.

Pervaiz claims that his supervisor had been trying to convert him to Islam and accused him of “blasphemy” after he quit his job.

Section 295-C of the Pakistan Penal Code carries the death penalty for “defiling the name” of Muhammad, although no one has been executed to date. Aasia Bibi spent nearly eight years on death row before her acquittal in 2018.