JOS, Nigeria (Morning Star News) – Fulani herdsmen on Thursday (September 17) shot a Christian who was riding on a motorcycle with a policeman in north-central Nigeria, sources said. 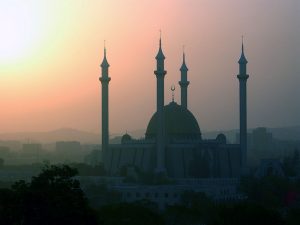 Sati Bulus, a member of the Church of Christ in Nations (COCIN) in Malul village in Bokkos County, Plateau state, was ambushed and shot to death by Fulani herdsmen at about 8:30 p.m. as he made his way home from Bokkos town, said area resident Christopher Luka. The Fulani are predominantly Muslims.

The Rev. Samuel Matawal, a COCIN pastor in Bokkos town, confirmed the killing in Daffo District in a short text message to Morning Star News.

“A member of our local congregation at Malul village was ambushed and shot dead by some Fulani herdsmen on Thursday, Sept. 17,” Pastor Matawal said.

The assailants reportedly killed the policeman riding with Bulus. Nigerian news outlet MK-Reporters added that Fulani herdsmen leaders had met on Sept. 14 in Fass, Barkin Ladi County, to plan resumption of hostilities in Daffo District and three other areas in Plateau state before December.

Donations of 1.3 million naira (US$3,378) for the purchase of weapons were raised at the meeting, the outlet reported.

Prior Attack
Herdsmen had attacked predominantly Christian Malul village in February, killing one Christian and injuring another, Luka said.

“At about 9:30 a.m. on Feb. 14, a group of seven armed Fulani herdsmen attacked two Christians from our village, Malul village, who were on their farm, and one of them, Danjuma Machen, was killed,” Luka told Morning Star News. “The second Christian victim, Dauda Maren, was cut with machetes.”

The night of Jan. 26, herdsmen killed 30 Christians in Kwatas, another predominantly Christian community in Bokkos County, he said.

“Houses and church worship buildings were destroyed in the attacks by the herdsmen in the area,” Luka said.

Attacks on Christian communities in the area began in 2018, Christian residents said.

“These herdsmen attacks have led to the destruction of more than 21 Christian villages within Bokkos Local Government Area of Plateau state,” Pastor Matawal said. “This is apart from the killings of hundreds of Christians and the displacement of about 5,000 Christians from their villages.”

“In this community too, more than 400 Christians were displaced, and they’ve never been able to return to their community as it has been occupied by herdsmen,” Makut told Morning Star News.

Area Christians said the killing of Bulus was a continuation of attacks on Christians.

“Whole Christian communities have been destroyed, and worship church buildings have also been destroyed in these villages by the herdsmen,” Pastor Matawal said.

Islamist Ideology
Numbering in the millions across Nigeria and the Sahel, predominantly Muslim Fulani comprise hundreds of clans of many different lineages who do not hold extremist views, but some Fulani do adhere to radical Islamist ideology, the United Kingdom’s All-Party Parliamentary Group for International Freedom or Belief (APPG) noted in a recent report.

Fulani herdsmen have increasingly adopted ideology and methods similar to Islamic extremist groups like Boko Haram, and some come from outside Nigeria, This Day’s Akin Osuntokun wrote in an Aug. 14 column for the Nigerian news outlet.

“Today, a new breed of herdsman has emerged: an aggressive and murderous terrorist bearing sophisticated firearms such as AK-47s and even rocket launchers,” Osuntokun wrote. “And they become the mobile avant-garde army of political Islam in Nigeria. Given the country’s porous borders, many of them are recent immigrants from neighboring countries. Herdsmen from Niger, Chad and Mali can walk across the border and immediately lay claim to all the sacrosanct rights appertaining to bona fide Nigerian nationals.”