Six months after putting faith in Christ, they are homeless. 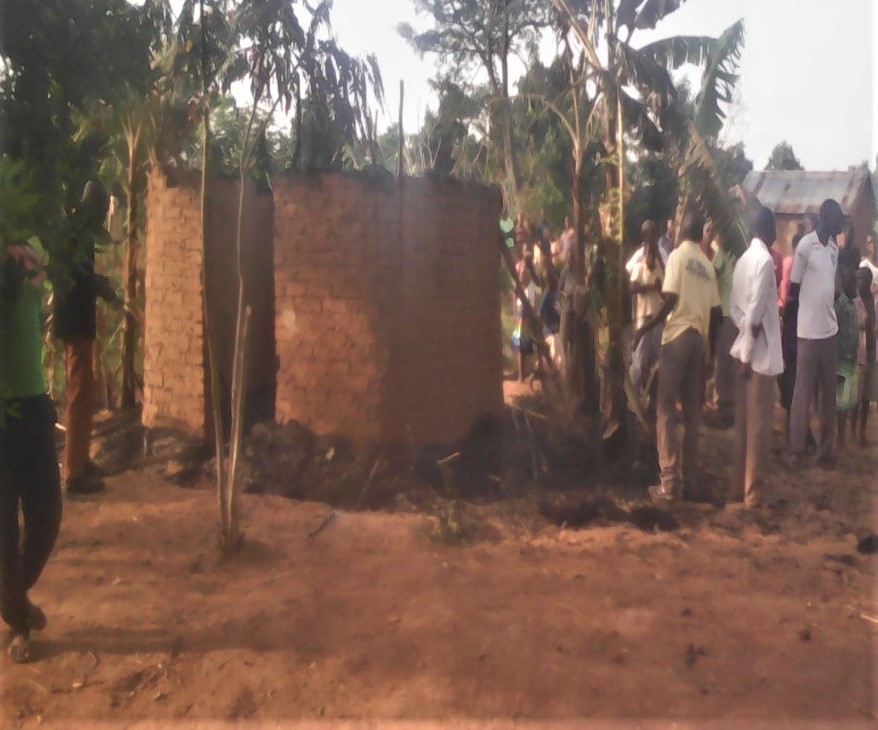 NAIROBI, Kenya, (Morning Star News) – Yusuf Tulo and his sizeable family were worshipping in their home in eastern Uganda on April 28 when they heard their neighbors shouting, “Fire!”

Tulo, 35, had left Islam to put his faith in Christ last October. He still had three wives and 14 children dependent on him living on a homestead with more than one house in Bugwere village, and the house they used for worship was on fire.

When they went outside, however, something was not right; among neighbors standing around the house looking at the smoke, one said, “Please remain indoors – your lives are in danger.”

Tulo had been receiving threatening messages from Muslims for months, but faced with the danger of smoke coming from the house, he chose to remain outside. An hour later, the roof collapsed in flames and the house was charred.

“We lost everything in that house: beddings, clothing, books, documents and other household belongings worth more than $1,000,” Tulo told Morning Star News.

The village is in Kitantalo parish, Tirinyi Sub-County of Kibuku District, and Tirinyi police arrived at the scene an hour later.

Since then the family has been living with friends and neighbors – in intense fear for their lives, he said. Among the threats he has received, one text message read, “The burning of the house was just warning. If you continue hardening your hearts and fail to return to Islam, then expect a worst thing that you have never seen before,” he said.

“We thank God that no one was physically hurt but emotionally are very hurt as we continue receiving threatening messages warning us of a possible attack,” Tulo said. “The pressure from the extended family and radical Muslims is really troubling my family, and we cannot risk going back to our houses.”

Muslim extremists began throwing stones at their houses at night soon after the family embraced Christ and started attending a Pentecostal church in a nearby village. He began receiving threatening messages in January from radical Muslims who also have confronted family members on several occasions, he said.

Muslim villagers and the imam of the Bugwere mosque have insulted them verbally, with one villager saying in February, “If you do not come back to Islam, then expect something unusual to befall your family,” he said.

“Since then my family became vigilant, and we even hired a guard to take care of the family during the night, but the stone-throwing continued in one of the houses while the guard was on patrol on the other side of the homestead,” Tulo told Morning Star News.

“We sincerely need prayers and financial support,” Tulo said. “My family is scattered, and the children are unable to go to school. We gave our lives to Jesus and here we are living a troubled, restless life. The law should bring these perpetrators to book.”

The attacks were the latest of many cases of persecution of Christians in eastern Uganda that Morning Star News has documented.

Muslims make up no more than 12 percent of Uganda’s population, but with high concentrations in eastern areas of the country.