Egypt is at a crossroads, says Coptic Bishop 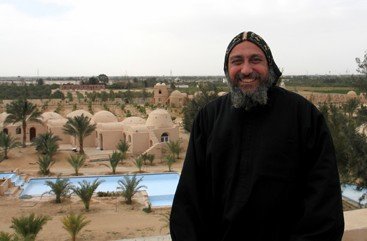 Will religious extremism or tolerance mark the future of Egypt?

A “big force” is pushing Egypt towards greater conservatism and religious extremism, according to Bishop Thomas of the El-Qussia and Mair Diocese in Upper Egypt.

However, he said he still believes Egypt can enjoy transformation of a different kind – towards true democracy, gender equality and religious tolerance.

The Bishop, speaking in London on Tuesday (May 21), said that in the two years since President Hosni Mubarak’s deposition, Egypt has enjoyed improved freedom of speech, and until that freedom is taken away, he said there will always be hope.

Increased sectarian tension and violence between the Coptic Christian minority and Muslim majority has caused a lot of Christians within Egypt to flee.

World Watch Monitor reported in April that, by some estimates, tens of thousands of Christians have left since the revolution in 2011.

However, Bishop Thomas said he hopes more Christians will choose to stay.

“We know that some people are migrating because of the pressure, and that’s OK,” he said. “They are good people; they are very well educated; they are the rich ones. But I want to tell them: ‘please stay; we need you now’.”

The Bishop called Egypt a “great country in a great confusion”, as its citizens adjust to life under the rule of a new government.

However, he said that the embedded philosophy of coexistence and hospitality in Egypt was another reason to hope for a brighter future, as the country stands at the crossroads between two possible directions.

“There is a big force that is leading and pushing the society to go towards conservatism. We need to bring forces that work towards openness and civil society.”

Egypt is a nation in need of transformation, said Bishop Thomas, and that transformation must take the shape of three societal changes – democracy, gender equality and religious freedom.

Democracy does not mean the rule of the majority, he said, but a responsibility for the leaders of the country to ensure that all members of society are able to express themselves.

Gender equality for Bishop Thomas means “the day, which will come, when a family in Upper Egypt in a very poor area will have the same joy when they give birth to a baby girl, as they would have with a baby boy.”

Egypt must be transformed from a male-dominated society to a gender equal society, he said. “We need to teach men to value women.”