Villagers call them ‘pigs and dogs’ at public meeting. By the Editor 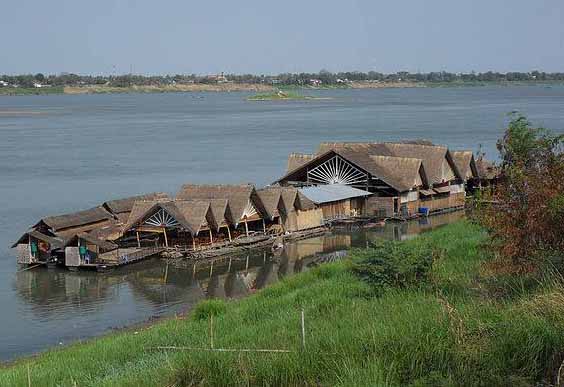 LOS ANGELES, September 25, 2013 (Morning Star News) – Local authorities in Laos are threatening Christians in three villages with expulsion unless they renounce their faith, with residents in one village calling the converts “pigs and dogs,” according to an advocacy organization.

In a public meeting of Christians and others in Huay village of Atsaphangthong District, Savannakhet Province, local officials on Saturday (Sept. 21) ruled that Christians will be expelled for converting away from indigenous beliefs and practices, a representative from Human Rights Watch for Lao Religious Freedom (HRWLRF) told Morning Star News.

“The Christians shared with us that they were called ‘pigs and dogs’ by those who attended the village meeting,” said the representative, who requested anonymity. “The Christians met among themselves and made a decision to reject the authorities’ decision.”

At press time authorities had yet to respond to the Christians’ refusal to renounce their faith, said the HRWLRF representative. He added that the Christians have continued meeting for worship in homes in spite of the ruling.

The order contradicts religious freedom guaranteed under Laos’ constitution, the Christians say. The HRWLRF questioned the Lao government’s commitment to complying with the U.N. International Covenant on Civil and Political Rights, which the country ratified in 2009.

In Nongdaeng village in Borikan District, Borikhamsai Province, a Christian told the HRWLRF representative that local officials threatened 11 families with eviction if they did not renounce Christ.

On Saturday (Sept. 21), the Christian families gathered and decided to stand firm, continuing to practice their faith and exercising their religious freedom, he said.

The village chief had summoned representatives of the 11 families on Aug. 30 and ordered all 50 of the Christians to recant their faith and return to their traditional (animist) religion.

“They charged these Lao Christians with believing the religion of a foreign Western power, which is considered destructive to the Lao nation,” the representative said in a press statement. “Officials expressed their intention that no Christian faith can be adhered to or practiced in Nongdaeng.”

Christians were given three days to obey the order, but they continued worship privately in their homes, insisting that they have religious rights and protection under the Lao constitution to practice their faith. Between April and May, three Lao Christian families began worshipping in their homes in Nongdaeng village. Prior to that period of time, they had been traveling to Nonsomboon village for worship, about 70 kilometers (43 miles) away.

After beginning the worship in their homes, eight other families in Nongdaeng became interested and decided to embrace Christianity, resulting in the total of 11 Christian families.

HRWLRF is calling on the Lao government to respect the Christians’ religious rights and to punish local officials for illegally issuing an eviction order that has brought hardship as well as defamation to Christians in Nongdaeng village.

In Savannakhet Province, in the village of Nonsung in Phin District, local officials on Sept. 8 summoned all residents and demanded that Christians participate in traditional animist rituals of oath-taking and drinking water made ritually “sacred” by means of an incantation by a medium invoking power of spirits, according to HRWLRF.

“The swearing of an oath to the spirits is necessary for proving one’s loyalty, innocence, and submission to local authorities,” the HRWLRF representative said in a press statement. “The authorities further directed that any Christian who does not participate in the ritual would forfeit his or her right to live in the village and be banished from the village.”

A Nonsung village church leader said that swearing an oath to spirits rather than to God contradicted their beliefs and declined to take the water.

Prior to March, there was only one Christian family in Nonsung village. Nonsung now has several Christian families, consisting of 53 individuals, who meet in homes for worship, according to HRWLRF.