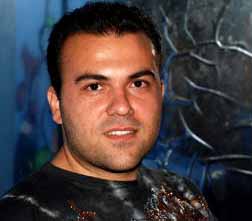 CAIRO, Egypt, Sept. 27, 2013 (Morning Star News) – After a week in which the new president of Iran skirted religious rights issues even as he received a letter from an imprisoned pastor, religious rights advocates hoped action would accompany the “moderate” face he presented.

The day before Hassan Rouhani addressed the U.N. General Assembly, the wife of an Iranian-American pastor imprisoned for his faith hand-delivered a letter written by her husband to the Iranian president’s U.N. delegation in New York, requesting release. Naghmeh Abedini, wife of pastor Saeed Abedini, presented the letter to Rouhani’s entourage on Monday (Sept. 23) in a lobby of a hotel in New York City where both she and the delegation were staying.

The member of the delegation who received the letter assured her they would deliver it to Rouhani.

In an interview later on CNN, Rouhani was non-committal when asked about the pastor, commenting only that he could not interfere with the legal system and the “due process of law” in Iran – hollow words to Abedini’s family, who assert that charges against him are not only unjust but false.

Abedini has been in Tehran’s harsh Evin Prison, known for housing political dissidents and government protestors, where he is serving an eight-year sentence for planting house churches from 2000 to 2005, and ostensibly for proselytizing, an accusation the pastor vehemently denies. Although there is no law against house churches, the government termed his involvement a threat to “national security,” even though he had ceased such work after agreeing in 2009 to limit his ministry to humanitarian work.

Moreover, Naghmeh Abedini says that the house church he was working with before 2005 was legal at the time because it was sponsored by a legally recognized church.

On a CNN broadcast this week, she read some of the letter her husband had directed to Rouhani.

“My wife and children as well as over a billion Christians in the world seek God’s justice and your consideration in this matter; please take immediate action in this regard and do not let me and a lot of people in my ward become the victims of the fire that extremists have made, those who have turned Iran into a vortex of crisis,” he wrote. “Considering the fact that I came to Iran to serve the orphans, please do not let them make my children orphans and my wife without a guardian.”

He was sentenced on Jan. 27 for threatening “national security,” a catch-all phrase often used by Iranian courts to imprison converts from Islam for various sorts of evangelistic activities. The appeal of his eight-year sentence was heard by a higher court in August and denied.

Yesterday marked the passing of one year that Abedini has been incarcerated. A dual U.S.-Iranian citizen, the 33-year-old pastor converted from Islam in 2000.

Human rights activists have said they are encouraged by the new direction seemingly coming out of Tehran, hoping that a resolution over the nuclear question could lead to a peace dividend of sorts in the areas of human rights and religious freedom. Ultimately they hope the change will lead to the early release of Abedini and dissidents held in Iran’s jails, prisons and interrogation rooms.

After Rouhani addressed the United Nations on Tuesday (Sept. 24), human rights advocates said it was a step in the right direction but that it remains to be seen whether Iran will take positive strides. Some criticized the speech as being large on positive rhetoric but small on details. Still others said the speech was heavy on talk of resolving the issue of nuclear weapons, but devoid of any talk of respecting basic human rights within Iran, such as religious freedom.

“In terms of his speech, it seems to be part of his general overture to the world, showing a more moderate face to bring in Iran from the cold,” said Khataza Gondwe, team leader for Africa and the Middle East for Christian Solidarity Worldwide. “But actions speak louder than words, and that’s what we will be looking for.”

A researcher at an organization that assists Christians in Iran said Christians there are concerned that people will be appeased by Rouhani, but that nothing will change in regard to religious freedom.

“I think a lot of [Christians in Iran] are scared that everyone will be charmed and will take their eye off the ball, and nothing will happen,” said the researcher, who requested anonymity. “Basically, they are weary; they want righteous government for the people. Just because there is a smiling face doesn’t take away all the pain.”

Human rights activists looked to Rouhani’s speech at the United Nations, his first, as a sign of things to come. As the time for the speech grew closer, there were two rounds of releases of prisoners from Iran. On Sept. 18, Iranian authorities released 11 prisoners, including two women, Maryam Jalili and Mitra Rahmati, who were released six weeks before their sentences were due to be completed.

The women, both converts from Islam, were arrested on Christmas Eve in 2009, during a raid on a house church in Pakdasht. After a short release, the two were taken into custody and in April 2011 were found guilty of “undermining the national security of Iran” for their membership in an “illegal group,” or house church. They were sentenced to two-and-a-half years in prison.

On Monday (Sept. 23), an additional 80 prisoners were released; the prisoners included political dissidents, but there were no known prisoners who had been held over matters of faith.

Numerous other Christians remain imprisoned for their faith in Iran, including Behnam Irani, 43, who is serving a sentence for crimes against national security. It is possible Irani, a former Muslim, could be executed for apostasy. He is said to be in very ill health.

“Rouhani’s token gesture of releasing prisoners of conscience does not alter the fact that Iran has escalated persecution of religious minorities through means such as imprisonment and closing churches,” said Lindsay Vessey, executive director of the Venn Institute, a religious rights advocacy organization. “Until the United States and other democracies make protecting religious freedom a priority in their own foreign policy, I see little hope of applying effective pressure on Iran to improve religious freedom. Nonetheless, every diplomatic effort should be made to pressure for the release of Saeed Abedini, seven Baha’i leaders and other prisoners of conscience.”

New Hope
Rouhani was elected in June and took office on Aug. 4. After years of tension over the issue of nuclear proliferation with Mahmoud Ahmadinejad, his predecessor, Rouhani ran on a platform of reconciliation and engagement with the West. A long-time political insider and participant of the Islamic Revolution of 1979, Rouhani seems to have the approval of Supreme Leader Ali Khamenei, the real power in Iran to make changes.

Earlier this year, the U. S. Commission on International Religious Freedom recommended that Iran be designated as a Country of Particular Concern (CPC) for its “systematic, ongoing, and egregious violations of religious freedom, including prolonged detention, torture, and executions based primarily or entirely upon the religion of the accused.”

CSW’s Gondwe said that the main targets of anti-Christian persecution in Iran over the past few years have been attacks on house churches and groups run by the Assemblies of God.

Congregations of “traditional churches” are mostly left alone, unless they have an evangelical bent or hold services in Farsi that would allow Muslims to understand messages. Apostasy, or leaving Islam, can be punished by execution, but it is rare for the court system to hand down the death penalty in such cases. Arrests frequently occur at worship services, and church members taken to prison are often physically and physiologically tortured, sources said.

Gondwe said Iran’s level of anti-Christian harassment has to do with its religious power base.

“Iran is a theocracy, so any religion other than the governing religion would appear to been seen as a threat,” she said. “Christians and the others who have been locked up have been locked up on political charges and national security charges, so by that you could see that any other religion is [seen as] a threat to the religious integrity of the nation.”

Abedini was in Iran last year setting up a board of advisors for an orphanage his organization was building. On July 28, 2012, during a visit to Tehran, he was detained by the Revolutionary Guard and placed under house arrest. He was told to wait for a court summons to face criminal charges for his Christian faith.

Almost two months later, members of the Revolutionary Guard appeared at the home of Abedini’s parents, where he was staying, and arrested him. They also searched the home and seized much of his personal property.

During his pretrial detention, Abedini was locked in a solitary confinement cell, beaten repeatedly and told he would be killed, according to the American Center for Law and Justice. Additionally, he was been denied medical treatment and suffered serious infections and internal bleeding – presumably sustained during interrogation sessions by prison staff.

In a letter written in January and smuggled out of prison, Abedini said he was told he would “hang for your faith in Jesus.”