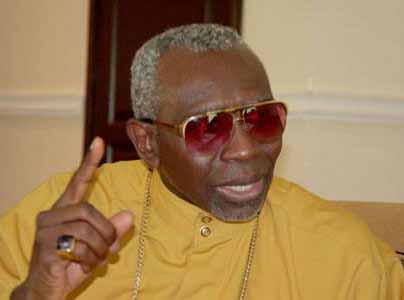 In attacks on the four predominantly Christian villages that started at 1 a.m. in the Barkin Ladi Local Government Area in Plateau State in central Nigeria, ethnic Fulani herdsmen killed 37 people, injured many others and destroyed homes, the military’s Special Task Force spokesman, Salisu Mustapha, said in a press statement.

“The attackers killed 13 persons in Katu Kapang, eight in Daron, nine in Tul and seven others in Rawuru,” he said.

Mustapha told Morning Star News by phone that the heavily-armed assailants were believed to be Muslim Fulani herdsmen. Soldiers were still trying to repel the attackers as he spoke.

The Miyetti Allah cattle-rearing association reportedly denied that Fulani herdsmen were responsible for attacking the villages.

Most mainstream media mentioned vague accusations of cattle theft or unsupported statements of political and land disputes as possible motivations for the attacks, although in recent months Muslim Fulani herdsmen have increased the unprovoked slaughter of unarmed Christians in their homes that has taken place for several years in Plateau state.

Christian leaders otherwise at a loss to explain the increase in attacks believe Islamic extremist groups are inciting Fulani Muslims to attack them in Plateau state as well as in Kaduna, Bauchi, Nasarawa and Benue states. They fear that the herdsmen, with backing from Islamic extremist groups, want to take over the predominantly Christian areas in order to acquire land for grazing, stockpile arms and expand Islamic territory. Hit-and-run, guerrilla-style attacks on Christian villages in which children are shot to death as they sleep support their suspicion that the assaults are motivated by desire to eliminate Christianity.

Christians make up 51.3 percent of Nigeria’s population of 158.2 million, while Muslims account for 45 percent. Those practicing indigenous religions may be as high as 10 percent of the total population, according to Operation World, so the percentages of Christians and Muslims may be less.

The Rev. Pam Jang Pam of the Church of Christ in Nations (COCIN) in Plateau state’s Foron village told Morning Star News that he received phone calls from anguished members of his congregation.

“I received distress calls at about 1 a.m. from the members of our church in the villages of Rawuru, Tasu, Foron, and Gurabok informing me that they were being attacked and that they need help,” he said.

Felicia Anselem, spokesperson for the Plateau State Command of the Nigeria Police, confirmed that the attacks on the villages were coordinated strikes.

“The attacks were carried out at about 1 a.m. this morning in the villages of Rawuru, Tasu, Foron and Gurabok,” she said. “The attackers attacked the villages at the same time, having gone there in groups.”

The slaughters come after members of the Islamic extremist Boko Haram group in Borno state killed at least 26 Christians Nov. 11-13 and eight others on Nov. 3 in Nigeria’s northeast. Boko Haram, whose name is translated as “Western education is a sin,” has attacked religious, governmental and police centers in its campaign to impose a strict version of sharia (Islamic law) throughout Nigeria.

The Rev. Titus Pona, chairman of the Borno chapter of the Christian Association of Nigeria (CAN), told Morning Star News that Boko Haram slaughtered the Christians and drove many others from their villages.

“For three days, between Monday, Nov. 11, and Wednesday, Nov. 13, they attacked the Christian villages,” he said. “They came in two Hilux vehicles, three buses and about 30 motorcycles armed with AK-47 rifles, going from house to house, killing, looting, and burning houses.”

Paul Gadzama, a director with Green Planet, a Non-Governmental Organization and a Christian from Askira Uba Local Government Area in Borno, said that more than 26 Christians had been killed and hundreds forced to flee. Gadzama said the Islamic extremists attacked the predominantly Christian villages of Bdagu, Izge, Hartsa and Yazza.

“They destroyed houses, killed Christians, and displaced hundreds of others,” he said. “They set fire to about 40 houses.”

CAN President Ayo Oritsejafor and the Rev. Dr. Musa Asake, CAN secretary, said this month that Boko Haram members also attacked Ngoshe village in Gwoza Local Government Area of Borno State on Nov. 3, killing eight Christians. Several church buildings were razed. No arrests have been made, they said.

Among the dead were Baba Ayuba, Baba Bitrus and Baba Isa Biyabra, a security guard and four others they had yet to identify, they said in a statement.

“They burned 11 houses owned by the Christians and three churches, which were the EYN [Brethren] church, Deeper Life Bible church and the Redeemed Christian Church of God,” the statement read. “We were informed that when the Christian community sought to meet the state governor on this issue, he said he has no time to see them until February next year.”

The Rev. Dr. Soja Bewarang, president of COCIN, said in a Nov. 22 address to the 83rd General Church Council that innocent members of the church had been killed and their property destroyed by Boko Haram militants and Muslim Fulani herdsmen.

“In Borno, Yobe and Gwoza, our members are systematically identified and killed,” he said. “My heart beats for our staff and members in Borno. Retired Rev. Daniel Gula was almost killed by Boko Haram recently. He is presently in Jos recovering from injuries sustained in the cause of running for his dear life. His wife is in the UK for the obvious reason of possibility of kidnapping, being a white person.”

Bewarang said in spite of appeals to the Nigerian government to contain the dangers confronting the church, Christians are not unmindful that God has a final say on resolving the persecution the church is facing in Nigeria.

“Even as we are looking at these issues, we need not forget that God has the final say on man and his security concerns,” he said. “Therefore we must always surrender our security concerns to the Lord, because the Watchman watches in vain if the Lord does not watch alongside with him.”