Hope Dims for Religious Rights in Iran with Sanctions Deal

Leverage could be lost, rights advocates say. By Our Middle East Correspondent 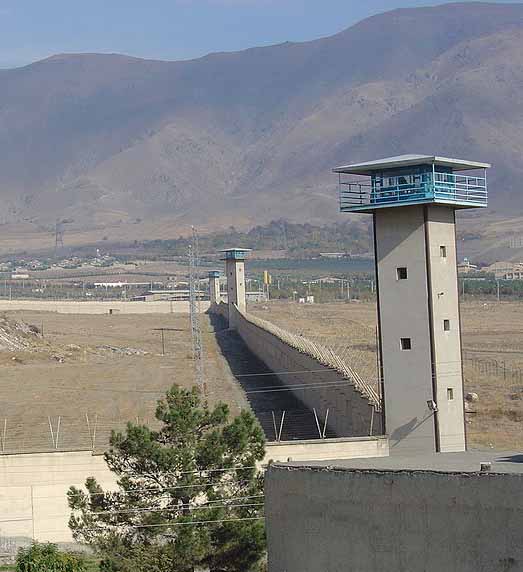 CAIRO, November 30, 2013 (Morning Star News) – As Western powers prepare to ease economic sanctions against Iran in support of a new nuclear non-proliferation treaty, human rights activists say leverage for winning freedom for prisoners of faith may about to be lost.

A human rights advocate and researcher who monitors Iran for Christian Solidarity Worldwide said his colleagues in different human rights groups were concerned when they found out that there was no talk of human rights during negotiations with Iran, specifically about the release of prisoners of faith. In the quest to obtain some sort of agreement this month with the Iranians, they said, the pursuit of basic rights for Christians and other religious minorities was set aside.

“When negotiations [with the Iranians] take place, human rights has to be on the agenda,” said the advocate, whose name cannot be released because of his work in the region. “Otherwise, if you give all these concessions over to Iran, they have no motivation or reason to do anything about human rights.”

Tiffany Barrans, international legal director for the American Center for Law and Justice (ACLJ), a legal group advocating on behalf of imprisoned U.S.-Iranian pastor Saeed Abedini, said not assuring his release at the non-proliferation accords was a “missed opportunity.”

“They didn’t use the opportunity and leverage they had right in front of them,” she said.

Abedini, a convert from Islam, is arguably the best known among Christians imprisoned for their faith in Iran. In July 2012, Abedini went to Iran to continue setting up an orphanage in the city of Rashat when the Islamic Revolutionary Guards detained him, placed him under house arrest at his parents’ home and forbade him from leaving the country. Two months later, the Revolutionary Guards returned, arrested Abedini and eventually transferred him to Evin Prison in Tehran.

Accused of taking part in the house church movement, he was found guilty of “undermining national security” and on Jan. 27 sentenced to eight years in prison. He lost an appeal of the sentence in August.

Abedini’s case has received more attention than usual since September, when Abedini’s wife, Naghmeh, presented a letter to the Iranian delegation to the United Nations during an official state visit of recently elected Iranian President Hassan Rouhani. The same week, U.S. President Barack Obama talked with Rouhani about Abedini during a brief but historic phone conversation.

For a brief moment, things looked hopeful for Abedini’s case, but this month things took a turn for the worse. Without giving any reason why, Iran on Nov. 3 moved Abedini to Rajaei-Shahr Prison in Karaj, according to the ACLJ, a facility about 20 kilometers (12 miles) from Tehran known for its harsh conditions and violent inmates. Now, in addition to dealing with his deteriorating medical condition, he would now have to survive daily interaction with ruthless inmates.

“He is the only political prisoner in a cell with murders and rapists,” Barrans said.

Still, Abedini was hopeful in the lead-up to diplomatic meetings between the United States and Iran that her husband would be released as a good-will gesture. But by Sunday (Nov. 24), when the non-proliferation agreement was announced, there was no word that Abedini would be released. Abedini’s wife was devastated, according to Barrans, who is also a close friend of Naghmeh Abedini.

“She doesn’t know how to explain to her children that he is not coming home for Christmas again,” she said.

Part of the concern about Abedini’s situation is his health. He suffers from a stomach condition made worse by intensive interrogation sessions. According to members of his family, he has internal bleeding that is going untreated.

Poor medical care or denial of medical care has been a common issue over the past month for Christians locked up for their faith in Iranian prisons.

Another convert from Islam, Vahid Hakkani, is in critical condition due to improper medical care in prison, according to Mohabat News. The news service relayed reports that Hakkani had to be transferred to a hospital for surgery to correct internal bleeding, as he was losing as much 300 milliliters (10 ounces) of blood on the worst days.

“It’s well established that the regime doesn’t provide very effective medical care within the prison system, and there are many prisoners in Iran who are suffering from medical complaints,” said an advocate with human rights agency Middle East Concern (MEC) who requested anonymity.

Hakkani is serving a three-year, eight-month prison sentence after being found guilty of attending a house church, spreading Christianity, having contact with foreign ministries, propaganda against the regime and disrupting national security, according to MEC.

Hakkani and three others were arrested in Shiraz in February 2012, during an official crackdown on house churches. All four were found guilty of the charges last month but appealed their case. On Oct. 12, their appeal was rejected.

Human rights activists are still trying to get more information in the case of another Christian, Hossein Saketi Aramsari, also known as Stephen, who was charged with evangelism last week in Branch 6 of the Revolutionary Court. According to Mohabat News, Aramsari was detained on July 23 in Golestan, 400 kilometers (250 miles) northeast of Tehran.

Authorities moved Aramsari around many different jails and intelligence offices, including Ward 8 of the Rajaei-Shahr Prison, which is managed by the Revolutionary Guards. He is currently held in ward 7 of Karaj Central Detention House where he awaits trial, according to Mohabat News.

Amid this regression in religious rights in Iran, there was one bright spot. On Nov. 3, the same day Abedini was transferred to Rajaei-Shahr Prison, Mostafa Bordbar was released from Evin prison after a judge overturned a conviction against him on Oct. 30. Bordbar had been convicted of participating in an anti-security organization and of crimes against national security.

He had been arrested in December 2012 at a Christmas celebration.