Ansar al-Sharia militants behind prior anti-Christian attacks. By Our Middle East Correspondent 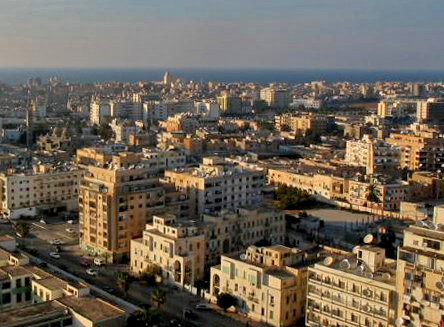 CAIRO, Egypt, February 25, 2014 (Morning Star News) – An Islamist militia behind prior attacks in Libya is thought to be responsible for the execution-style shootings of seven Egyptian Christians found yesterday east of Benghazi.

The militia, Ansar al-Sharia, has offered a reward to Benghazi residents who help them round up the rest of the Libyan capital’s Christians, according to rights groups.

Security officials on Monday (Feb. 24), found the bodies of seven Coptic Christians east of Benghazi. The seven men had been shot in the head “execution style,” according to local security officials. Neighbors said that gunmen had come to the men’s apartment building in Garoutha, a suburb in Benghazi, the night before (Feb. 23) and asked who was Christian, according to Egyptian human rights groups.

The gunmen then abducted them at gunpoint, forced the Coptic Christians into a car and drove off, according to rights groups. The men were not seen alive again.

According to Nations Without Borders, an Egyptian human rights and development group, the militia members also spray-painted a message on the Christians' apartment building and other buildings in the area, promising 10,000 Libyan Dinars (US$7,880) for anyone who turns a Christian over to the militants.

An Egyptian Christian who suffered persecution in Libya before he left the country said the Copts were clearly killed over their faith.

“It obvious that the attack was because of their faith, because they only picked the Christians there,” he said. “There are other Egyptian Muslims in the same building, but they only went after the Christians.”

The Christian, who asked not to be identified for security reasons, said persecution against Christians especially in eastern Libya got much worse after Islamic militant groups came to power after the fall of dictator Col. Muammar Gaddafi. Now militants are scattered throughout the area and actively harass Christians. He said militants offering money for people to hurt Christians didn’t surprise him.

On Sept. 25, 2013, on a rural road in Derna District in northeastern Libya, Muslims robbed two Egyptian Christians living in Libya, then tied up and shot them to death after the two Copts refused their demand to convert to Islam, relatives said. After the Muslims surrounded Waleed Saad Shaker, 25, and Nash’at Shenouda Ishaq, 27, and robbed and beat them, they demanded that Shaker and Ishaq recite the shahada, the declaration of conversion to Islam. When the two Orthodox Coptic Christians refused, the Muslims tied them up and shot them, relatives said.

Later the same month, militia members rounded up roughly 50 Coptic Orthodox Christians, accused them of preaching to Muslims and detained them in a camp for about a week. The captors shaved the heads of many of those they detained and forced some into hard labor. On Feb. 28, 2013, a priest and his assistant in a Coptic Orthodox church in Benghazi were attacked. Both suffered minor injuries.

The violent attacks in Benghazi haven’t been limited to Egyptian Christians. In December, Islamist gunmen killed Ronnie Smith, an expatriate Christian chemistry teacher at a private international school. Originally, it was thought that the militants targeted Smith because he was an American, but according to several religious freedom advocates who agreed to speak to Morning Star News about the case without attribution, most now think Smith was shot because militants viewed him as a self-supporting missionary.

Comments by Egyptian officials about violence in Libya have only served to incense Copts about the attacks and the Egyptian government’s seeming lack of ability or desire to stop attacks against Christians. Egyptian Foreign Ministry spokesperson Badr Abdel Ati claimed that the killings in Libya were not over religious but rather financial issues. He also said those killed were in Libya as undocumented immigrants.

The statement brought widespread condemnation from human rights activists in Egypt and was reminiscent of the reaction to a statement by the Egyptian government after the death of one of the Christians who was abducted in February 2013 and accused of “proselytizing.” Ezzat Hakim Atallah, 45, died March 10, 2013 in a Tripoli jail while in the custody of an Islamist militia called the Preventative Security Unit.

He had been tortured repeatedly, including electroshock sessions, those close to him said. The torture and stress dramatically worsened a heart condition that he suffered from, leading to his death. The Egyptian government said he died of “natural causes.”

“In the midst of all this, the Egyptian Ministry of Foreign Affairs stands disabled and completely weak,” he said. “It cannot take clear action about the targeting of its people inside or outside the country.”

Libya was ranked No. 13 on Christian support organization Open Doors’ World Watch List last year, up from No. 17 the previous year.

The source who suffered persecution in Libya said that if someone in the country is a Christian, “They should expect persecution.”

“What has happened now is what was talked about in John 16, where it says, ‘The time is coming when anyone who kills you will think they are offering a service to God. They will do such things because they have not known the Father or me.’”