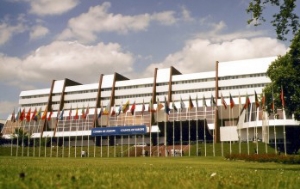 April 22, 2014 (Morning Star News) – Opponents of a European initiative paving the way for governments to rule on the legitimacy of religious groups and reduce homeschooling rights – thus laying the groundwork for potential persecution of Christians – won a battle this month in the Council of Europe, sources said.

In Europe, where public education often includes teachings on morality at odds with churches, and officially unrecognized religious groups are labeled “sects,” the stakes were high for religious freedom advocates when resolutions granting European governments latitude to control “sects” and homeschoolers went to a vote in the Parliamentary Assembly of the Council of Europe (PACE) this month.

Religious rights group Alliance Defending Freedom (ADF) disseminated a memorandum arguing that the report and resolutions of Rudy Salles, rapporteur of PACE’s Committee on Legal Affairs and Human Rights, contravened the European Convention on Human Rights and rulings of the European Court of Human Rights.

“The clear and unwavering jurisprudence of the European Court of Human Rights regarding state neutrality towards religious groups, coupled with the growing number of judgments from the Court against High Contracting Parties for improperly monitoring religious groups, stands in sharp contrast to the recommendations set forth by Mr. Salles,” the April 2 memo asserted. “Adoption of the Salles Report would further damage the rights of European parents in educating their children according to their own religious and philosophical convictions.”

A petition against Salles’ report, entitled “The Protection of Minors against Excesses of Sects,” obtained more than 10,000 signatures, and a wide array of rights organizations vigorously opposed the proposals. The report sought to establish a “European observatory” to monitor “groups of a religious, esoteric or spiritual nature to make it easier for national centres to exchange information,” according to a draft of the resolutions.

Salles, a member of France’s National Assembly, has been criticized for connections with a French agency, the Inter-Ministerial Mission for Vigilance and Action Against Sectarian Excesses (MIVILUDES), which is accused of conducting witch-hunts against independent religious groups. For his part, his report states that the Parliamentary Assembly had in 1999 attached “great importance to protecting those most vulnerable, and particularly the children of members of religious, esoteric or spiritual groups, in case of ill-treatment, rape, neglect, indoctrination through brainwashing and non-enrollment at school, which makes it impossible for welfare services to exercise supervision.”

In its memorandum, ADF argued that child-protection laws need not single out religious groups.

On education, the Salles report proposed state oversight, “in particular in terms of conformity of curricula and the quality of the teaching staff. In the case of home schooling, it would be useful for the children to be followed by the relevant departments of local authorities so that the latter can take prompt action if the children are not being properly schooled or there are other problems.”

The report proposed that member states would “make sure that compulsory schooling is enforced and ensure strict, prompt and effective monitoring of all private education, including home schooling.”

Curricula in many European countries violate many churches’ teachings on morality, and ADF argued that “adoption of the Salles Report would further damage the rights of European parents in educating their children according to their own religious and philosophical convictions.”

“In Salzkotten, Germany, 14 Christian parents were imprisoned, some for more than 40 days and most on multiple occasions, simply for opting their 9-10-year-old children from two days of mandatory ‘sexual education’ classes,” according to the ADF memo. “Also in Germany, a 15-year-old girl was placed in a mental institution for wishing to be home educated. The reason for her police detention and subsequent committal to the Nuremberg mental facility was the false diagnosis by a single practitioner that the young girl in question had ‘schoolphobia.’”

ADF further noted that police and social service representatives four years ago took 7-year-old Domenic Johansson off an airplane bound for Sweden simply for being home-educated. The family had been relocating to India to help with orphanages.

“The police had no warrant, and the family was accused of committing no crimes when young Domenic Johansson was taken from his parents nearly four years ago,” ADF asserted. “In Spain, the [José Luis Rodríguez] Zapatero government initiated mandatory classes known as ‘education for citizenship’ which indoctrinated young children with a bombardment of material promoting homosexual behavior, hypersexual behavior, communism and which aggressively mocked the Catholic Church. What was perhaps even more shocking was that the government refused all requests for parental opt-outs of the classes despite more than 50,000 complaints from parents, hundreds of lawsuits and ultimately a class-action style lawsuit at the European Court of Human Rights.”

In Strasbourg, France on April 10, the Parliamentary Assembly of the Council of Europe removed language from the Salles report that threatened religious freedom and parental rights to educate their children, according to CARE (Christian Action Research and Education) for Europe, a Brussels-based rights organization that works alongside ADF.

“The threat to religious liberty from French MP Rudy Salles’ Report and Resolution calling for the French anti-sect approach (with the label ‘sect’ being applied to any small or independent churches or other minority religious groups) to be rolled out across Europe, was defeated at the Council of Europe Parliamentary Assembly plenary session in Strasbourg by substantial amendments being passed which CARE had lobbied for,” said David Fieldsend, manager of CARE for Europe. “These largely stripped the text of the undefined terminology ‘excesses of sects’ and replaced it with calls for child protection laws to be applied even-handedly to all situations with no religious or other groups singled out for special investigation as prejudicially presumed child abusers, as well as reaffirming the right of those belonging to minority religious groups to full religious liberty and especially the right to an education for their children in accordance with their convictions and beliefs.”

Evangelical churches in countries with strong majority national churches, particularly in eastern Europe, have suffered from only limited toleration by national authorities and "a cultural climate of suspicion, which the original text of this Resolution could have exacerbated,” Fieldsend said.

The Parliamentary Assembly is one of the two statutory organs of the Council of Europe, which is composed of the Committee of Ministers (foreign affairs representatives) and the Assembly, representing the majority and opposition political forces in member states.

Photo: Palace of Europe, headquarters of Council of Europe in Strasbourg, France. (Wikipedia)