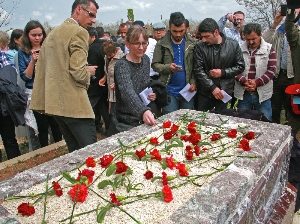 MALATYA, Turkey, April 29, 2014 (Morning Star News) – On the stone base over the grave of Uğur Yüksel, three words are etched into the blood-red marble: “Killed like Jesus.”

These few words indict the men who killed Yüksel for his faith, encourage Christians he left behind and call to Turks who suspect there might be a way to God outside of Islam. In the silence of a rural Muslim graveyard, the words scream out from the stone.

Christians gathered at the gravesite on Good Friday (April 18) to commemorate the death of Yüksel. On April 18, 2007, Yüksel, a 32-year-old convert from Islam, was murdered in the office of the Zirve Publishing House in Malatya in southeastern Turkey along with 36-year-old Necati Aydin, also a Turkish convert from Islam, and Tilmann Geske, 45, a German national. They were bound, interrogated about their Christian activities, then tortured and mutilated. The assailants then killed them. 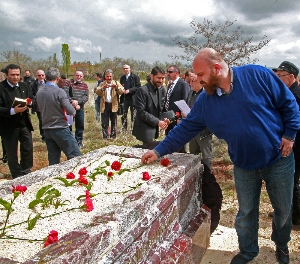 The killings shocked the Christian community in Turkey. Though stunned by the brutality of the killings, many Christians in Turkey thought such a slaughter had been inevitable. Seven years later, Christians here see some signs of hope, but threats and oppression remain.

Christians from across Turkey who gathered at graves of two of the three slain men on Good Friday, which fell on this year’s seven-year anniversary of the killing, said they have mixed feelings about their status in the country. They could proudly point to a church that opened its doors in Malatya on this year’s anniversary of the slaughter and said that things are better for them in some ways, but they quickly added that they are still regarded as second-class in the Muslim-majority nation.

Many Turkish converts to Christianity said that since the killings, interest in Christianity and tolerance toward converts have grown exponentially – doubtless the last thing the killers had in mind. 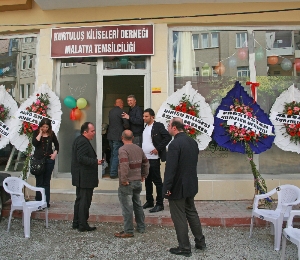 Other Christians said that despite any increase in interest, official policies toward Christians haven’t changed. People are still antagonistic toward converts, foreigners pegged as missionaries are still deported, and it is almost impossible for a group of Christians to gather together as a legal entity.

A pastor and convert from Islam who works throughout Turkey with new Christians and Muslims who show interest in the Bible attended the service for Yüksel. He said that since the killings, there has been a dramatic increase in the number of people who are interested in Christianity. Speaking to Morning Star News before the service, he produced a notebook of what appeared to be scores of names of people who had expressed interest. The pastor, whose name is withheld for security reasons, said he had 20 such notebooks full of names and numbers.

Soner Tufan, spokesman for the Association of Protestant Churches in Turkey, said that although he was sure that “God used the attack for his Kingdom,” he was uncertain whether there has been a dramatic increase in Turks showing an interest in Christianity – in fact, the killing frightened many converts into leaving Christianity, he said. Still, he added, the killings did cause people in Turkey to examine their misconceptions about Christianity.

Before Malatya, he said, Turks thought Christians were dangerous and somehow treasonous against the state.

“But after this, they learned these people are living in Turkey and they are not dangerous,” he said. 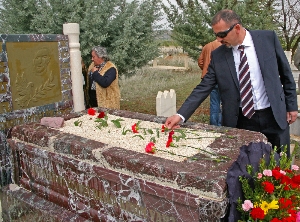 After the Good Friday services, Christians in Malatya gathered for a packed celebration of something that almost never happens in Turkey – the opening of a church building. The meeting hall of Salvation Church is located on the bottom two floors of a Muslim-owned commercial building. Not only was the church in Malatya able to obtain recognition as an association, but members were able to rent the building as an association, instead of holding services in people’s homes, which is technically illegal in Turkey.

Uğur Sackesen, a pastor in Malatya at the time of the killings now resident in Istanbul, said the church opening was, “the most important event for Christians in Turkey since the murders.”

Susanne Geske, widow of martyr Tilmann Geske, was at the opening ceremony. Many Christians at the opening, expatriate and Turkish alike, had come to see her.

“It has been an amazing day, and there is no better way to remember what happened seven years ago,” Geske told Morning Star News. “It is year number seven, and it is Good Friday, and we are remembering the Jesus sacrifice, and now we have a new church.”

After the murders, many people had urged Geske to leave Malatya, but, motivated by a profound love for Turkey, she decided to stay. Largely due to cultural reasons and deep shame that many in Malatya feel about the killings, people in the city have embraced her. After living in the country for 16 years, the mother of three has applied for Turkish citizenship.

She has said publicly multiple times that she forgives the men who killed her husband. 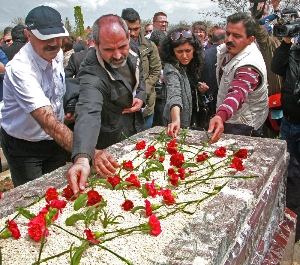 The gravesites of the three slain men have become touchstones for Turkey’s Christian convert community. In death, the three have become unifying symbols of faith for a Christian minority that the Muslim majority often sees as traitors against their people and country.

About 100 people gathered graveside at the plot where Yüksel is buried. Another 100 gathered at Geske’s. Organizers chose not to have a public service this year at Aydin’s grave. The service at each grave consisted of prayers, songs and passages from the Bible about the power of God and how those in Him, even when stricken down, would one day be victorious.

Before the service for Yüksel began, a handful of converts came one by one, each placing a single flower on his grave. Some of those who knew Yüksel lingered, stared at the grave and talked softly as they ran their fingers slowly across the surface of the stones.

For Tufan, a friend of Yüksel, the sheer brutality and spitefulness of the 2007 killing was difficult to accept. During the assault, Yüksel had been tied up, beaten, stabbed 54 times and mutilated. But as a Christian friend, Gokhan Talas, arrived at the locked door of the office and called to Yüksel, he was still alive. When the attackers realized the police would soon be coming, according to court testimony, the attackers cut Yüksel’s throat.

He was taken to the hospital where, Tufan said, personnel gave him 52 units of blood while trying to save his life. In the end, there were too many wounds and the damage was too severe.

“At first we were very upset. It was very sad, because he was so young,” Tufan said, adding that Yüksel had recently returned to the Malatya area for a new job. “He had ideas, plans. He was trying to build a new life.”

For Sackesen, the Istanbul pastor who was leading a church in Malatya at the time, seven years after the death of his friend, Aydin, the images of April 18 still won’t go away. After the memorial services, Sackesen said he still remembers details of that day; hearing about the shooting, rushing to the area and then getting the confirmation that Aydin was dead. In a haze of shock and disbelief over what happened, he spent the night alone in hospital room watching over his friend’s body.

The next day, Sackesen spent three hours at the airport because he refused to let airport officials scan Aydin’s body like a piece of luggage. When they finally took the body away to Izmir, Sackesen went to Aydin’s apartment. Still numb from the loss, upon entering the first thing he saw were photographs on the wall of him and Aydin together.

“I remember going in and looking at the photos, photos of us riding motorbikes together,” Sackesen said. “Then his son came in and asked me, ‘Is my father coming back?’”

Now a pastor at a Turkish-language church in Istanbul, Sackesen said the experience could have easily pushed him away from God.

“I could have fallen away. I could have lost faith,” he said. “I could have given up my ministry, but God protected me. Instead, I felt more dedicated to continue.”

Trials
After seven years with no outcome in the trial of those accused in the killings, many Christians have lost hope in the legal process and are convinced that the government has no desire to prosecute.

The five suspects, Emre Günaydın, Cuma Özdemir, Hamit Çeker, Salih Gürler and Abuzer Yildirim, were released on bail in March under a new reform law that reduced the allowable period of pretrial detention from 10 years to five. Under public pressure, authorities required them to wear electronic monitoring devices. Because of other changes in the judiciary, the case was transferred to Malatya’s First High Criminal Court, and new judges and prosecutors were appointed.

This move marked one of several times the case has been transferred to a new series of judges, meaning the trial basically had to start over again. The trial has been riddled with other problems, including numerous witnesses for the prosecution declining to show up to testify. Some of those witnesses were under the custody of other government agencies when they were supposed to report to court, arousing suspicions that they were deliberately prevented from testifying or simply chose not to do so.

In 2011, a witness provided testimony that connected those behind the Malatya killings to people involved in a larger plot to discredit the national government by sowing violence, including killing Christians. The testimony and subsequent course the trial took made prosecuting the case last even longer.

Tufan said there that after seven years with no conviction, there is a perception among Turkish Christians that the government is purposely dragging its feet and has no plans to bring the case to justice. The appointment of new judges added to that perception. The next court hearing is set for June 23.

“How can a judge easily read those documents? It’s impossible,” Tufan said. “But at the same time, I don’t care.  If they are found guilty, they will go to jail for 10 to 20 years. This is not justice. I don’t think they will ever find out who ordered it.”

Tufan said he is one of those who holds little hope in the court system, but he hopes that the murderers of Yüksel, Aydin and Geske have seen the strength of Christians in Turkey and learned that, “They cannot get rid of the Christians by killing them.”

Photo 4: Soner Tufan of the Association of Protestant Churches in Turkey, after memorial ceremony for Uğur Yüksel on April 18. (Morning Star News)