Christians Killed in Nigeria in 1st Half of Year 91 Percent of Total Last Year, Group Says 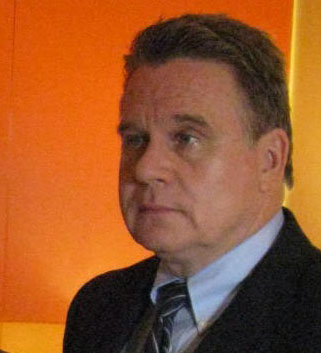 July 27, 2014 (Morning Star News) – Islamist extremist group Boko Haram and others killed 1,631 Christians in Nigeria for their faith in the first six months of 2014 – a figure that is 91 percent of the total Christians killed in the country in all of last year, according to advocacy group Jubilee Campaign.

Last year 1,783 Nigerian Christians were killed for their faith, according to Jubilee Campaign. The increase in Christian deaths so far this year accompanies an increase in the total number of people killed during the period, mainly by Boko Haram – 4,099, which is 975 more than the total deaths from attacks by religious extremists for all of last year, 3,124, according to Jubilee.

Boko Haram, which seeks to impose sharia (Islamic law) throughout Nigeria, has reportedly increased attacks with a large injection of funding from foreign terrorist groups. Emmanuel Ogebe, manager of Jubilee Campaign’s Justice for Jos Project, told Morning Star News that he has noted a trend this year of Boko Haram targeting some Muslims primarily because they cooperate with the Nigerian military.

“The pattern therefore is that if you do not do what they demand, even if you are Muslim, you become an ‘apostate’ deserving of death,” he said. “Therefore the difference between Boko Haram’s approach to Christian ‘infidels’ and Muslim apostates is you are killed as a Christian ‘just because’ your name is Christian – you go to church, etc. – whereas Muslims are generally killed ‘for cause,’ for example working for the government or refusing to pay extortion taxes to Boko Haram.”

Of the 4,099 people killed in the first six months of this year as result of attacks on a particular religious community, only 52 were Muslims, according to Jubilee Campaign. An unknown number of Christians and Muslims, however, would be included in the 1,751 “other civilians” killed in non-religiously motivated attacks so far this year. That figure also represents a large increase over last year’s total of 393.

Muslim communities were defined as imams or explicitly Muslim targets, though Jubilee noted that Boko Haram itself insists that it does not target mosques per se.

“Prior to 2014, all so-called mosque attacks were assassination attempts on prominent Muslims who disagreed with Boko Haram,” Jubilee reported. “The attacks took place when the targeted Muslims were entering or leaving a mosque, but there were no attacks on the mosque or Muslims as such.”

This year, however, witnessed the first targeting of Muslims in a mosque, Jubilee reported.

“It should be noted that this attack was reported to be retaliation for their cooperation with the authorities and not necessarily for their faith,” the group reported. “It is instructive that even in perceived random attacks on communities, there is still distinct religious cleansing going on in selection and separation of Christians for elimination.”

On Wednesday (July 23), Boko Haram was suspected in twin suicide bombings in Kaduna that killed at least 82 people; one blast targeted Shaykh Dahiru Usman Bauchi, a notable moderate Muslim scholar, and another aimed at former head of state Gen. Muhammadu Buhari. Both were unharmed.

Human Rights Watch (HRW), acknowledging its figure is probably conservative, reported this month that Boko Haram has killed 2,053 people in the first six months of the year. HRW documented 95 Boko Haram attacks on 70 towns and villages, mostly in northeastern Nigeria.

HRW cited a “dramatic increase” this year in casualties from bomb blasts.

In November 2013 the United States designated Boko Haram a Foreign Terrorist Organization. At a June 11 hearing of the Subcommittee on Africa, Global Health, Global Human Rights, and International Organizations, Rep. Chris Smith (R-N.J.) said, “There must be a robust use of this designation if we are to be successful in the battle against terrorism in Nigeria.”

In his opening remarks at the hearing, he dismissed the position of U.S. State Department officials, researchers and media that Boko Haram was born of the oppression and disadvantages of the poor.

“Poverty did not create Boko Haram, that would be an insult to the poor,” he said. “Religious fanaticism, I would underscore, is underlying and foundational.”

He noted that Boko Haram violence has been the major factor in the displacement of 3.3 million people in Nigeria.

Borno Attacks
Improvised Explosive Devices (IEDs), anti-aircraft guns and rocket-propelled launchers were among the weapons that suspected Boko Haram gunmen used in a July 14 attack on the predominantly Christian village of Dille in Borno state. The gunmen set three churches ablaze, including one belonging to the Church of the Brethren in Nigeria (EYN), and reportedly killed dozens of people.

Among the dead was Taiwo Dokun, pastor of the Redeemed Christian Church of God (RCCG). The assailants burned down his house in the Askira-Uba Local Government Area in the southern part of the northeastern state, but the bodies of Dokun’s wife and three children were not found amid the debris; their whereabouts were reportedly unknown.

The following weekend, Boko Haram reportedly killed scores of people in a July 20 attack on Damboa, Borno state. The assailants hoisted the Boko Haram flag on the town they were said to have taken just 85 kilometers (52 miles) from the state capital, Maiduguri.

Boko Haram is reportedly laying siege to Chibok, Borno state, where the group kidnapped more than 300 high school girls in April, and seven fathers of the girls were among 51 people killed in an attack on the nearby village of Kautakari this month, according to The Associated Press. Four other parents of the kidnapped girls died from heart failure, high blood pressure and other illnesses stemming from the kidnappings, community leader Pogu Bitrus told the AP.

Bitrus has told reporters that 57 of the kidnapped girls escaped, leaving an estimated 272 still held. A Nigerian military official has said that army leaders know where Boko Haram is keeping the girls, but that an attack would endanger the captives.

While Boko Haram (translated as “Western education is a sin”) is the moniker residents of Maiduguri, Borno state gave the insurgents, the group calls itself the Jama’atu Ahlis Sunna Lidda’awati wal-Jihad, translated as “The Congregation of the People of Tradition for Proselytism and Jihad.” The group has links with Al Shabaab in Somalia and Al Qaeda in the Islamic Maghreb.

Christians make up 51.3 percent of Nigeria’s population of 158.2 million, while Muslims account for 45 percent and live mainly in the north.