The military response came after the Islamic State advance to the Kurdish border, committing atrocities along the way.

Open Doors is urging prayer for the area where the Islamic State (ISIS) is rapidly killing Christians and members of other faiths.

On 06 August, IS fighters took control of Tall Kayf, a city with a mixed Christian/Muslim population. Apart from a few Sunni Muslims sympathizing with ISIS, all inhabitants have left. ISIS raised its flag on Mart Shmoni Assyrian Church.

By now, all Christians have left Tall Kayf, Batnaya, Mar Oraham, Baqofa, Telskuf and Sharafiya. Through the Open Doors relief program, Christians that have fled this area are now being helped at other locations. 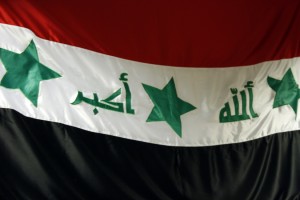 Open Doors reports that some churches, many in partnership with Open Doors, responded rapidly as Christians fled Mosul. In a 28 July report, *Raja, herself a refugee from Mosul, is now helping in the refugee relief program supported by Open Doors.

She said, “Shortly after the occupation of Mosul, refugees started coming to our church. When it was time to distribute the relief packages, the families quickly gathered around us. It was overwhelming. I saw the desperate faces of the old men and the mothers that came to collect their food, and I felt so sorry for them.”

Pray for these believers and for the Yezidis in the Sinjar area near Mosul, where ISIS has also taken control. Reports of massacres are coming in as well as reports about women and girls being taken by ISIS. Around the Sinjar mountain, thousands of Yezidis are surrounded by ISIS. Many face starvation and death.