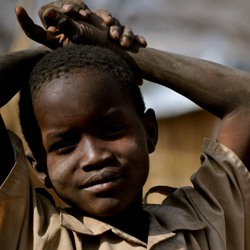 Sudan (MNN) — While ISIS’s Iraq purge may be the most brutal, their tactic isn’t new.

Islamists in Egypt have driven thousands of Coptic Christians from homes they’ve occupied for centuries. The same is true across the Muslim parts of Africa. Because they share ideologies about pure Islam, there are growing concerns that the Islamic State (IS) will find a home in these countries, as well.

A Sudanese Salafi group went public with their endorsement of the IS caliphate in the wake of northern Iraq’s fall. Kids Alive Sudan Field Coordinator Francis Tombe explains a little about the group’s struggle for dominance in Khartoum. “In 2012, the group showed themselves. They were [fighting] with the government in the center of Sudan.” He warns, “They are still underground, but as soon as they’re out, things will be ugly.”

The group is known as Al-Attasam belKetab wa al-Sunna, and in order to create a stricter Islamist movement, it broke from Sudan’s Muslim Brotherhood 23 years ago. While they don’t currently control the government, their influence is growing. “Now everything is getting tough in Sudan. Christians are facing a lot of persecution.” 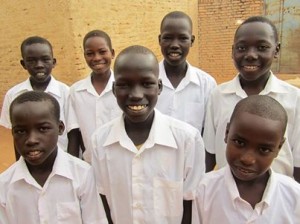 Sudan has been led for 25 years by President Omar Hassan al-Bashir, who came to power by a coup orchestrated by senior Muslim Brotherhood members. If Sharia already exists in Sudan, what do religious reforms mean for Christians there? Tombe says, “Sharia law…will put very strict laws for any organization that wants to work in that country, international or national. As long as you are Christian, they’ll put tough rules.”

Already, Kids Alive is coping with more restrictions. “Now, we are facing a lot of challenges. We can’t send money in. I can’t go in. They’re just making it hard. We know in the future, they will close us down.”

Tombe goes on to say a recent government edict adds to the pressure their staff is feeling. “I heard two weeks ago they’re not giving permission to build any new churches in Sudan. That’s very tough. They’re tearing down many of the churches.”

What it boils down to is a campaign that is squeezing the Church out of Sudan. Soon, Kids Alive will have to make a decision, adds Tombe. “They are pushing us into [a] corner to decide [if] we want to continue or not.” 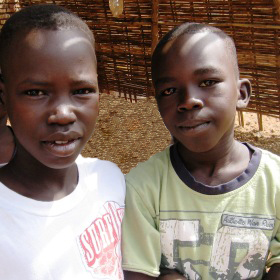 The Kids Alive staff wants to stay. They’re committed, and they’re needed, Tombe says. “We are praying for all the Christians that are working in Sudan. We will try to do as much as we can. We want to be in Sudan.”

An estimated 10% of Sudan’s children are orphans, and many children live on the streets or in refugee camps. Street children are common. They are sometimes taken into camps where they are forcefully converted to Islam.

Kids Alive believes that the ministry of Jesus was holistic in nature, that He would be concerned about the empty stomachs of children as much as their empty hearts. The ministry of Kids Alive is focused on fulfilling the physical, emotional, AND spiritual needs of children through Christ-centered care, education, and ministry–and bringing them up to become faithful followers of Jesus and pillars of their community.

The Kids Alive Children’s Home in Sudan does exactly that, but things could change quickly. It’s the uncertainty that wears on the staff. Tombe says, “Pray for protection, that God will protect them, our kids, and all the Christians–even the churches. Soon there will be bombs in the churches. That will happen in the future.”