Seven Christians Arrested in Laos for Meeting for Worship 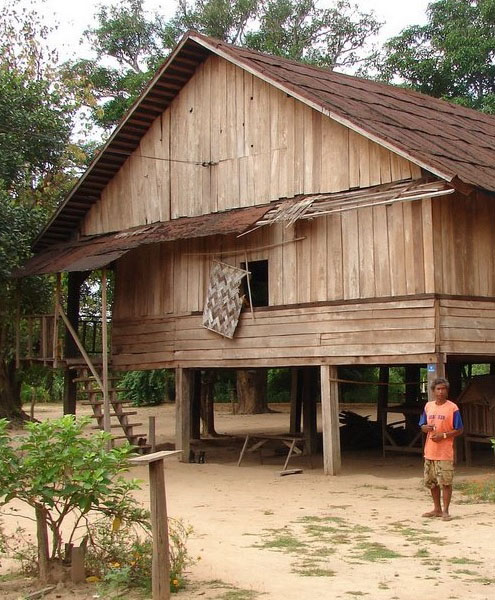 September 29, 2014 (Morning Star News) – Local officials in Laos arrested seven Christians for meeting for worship on Sunday (Sept. 28), according to a rights group.

The chief of Boukham village, in Atsaphangthong District, Savannakhet Province, along with village security officials and police arrested the Christians as they ate lunch after meeting for worship in the home of pastor Sompong Supatto, according to Human Rights Watch for Lao Religious Freedom (HRWLRF).

The pastor was held in handcuffs and leg stocks at press time, an HRWLRF spokesman said.

The local officials had issued an order the previous Sunday (Sept. 21) that Christians in the village were no longer allowed to gather for worship, but he gave no reason for the order, said the spokesman, whose name is withheld for security reasons.

“The authorities just did not want Christians to assemble for worship,” he said.

All seven Christians were still in detention at the Boukham village government headquarters. Christians have been assembling for corporate worship in Boukham village for more than three years, and the chief's order violates religious freedom as stipulated in the country’s constitution, he said.

“The HRWLRF urges the Lao government to respect the right of the Lao people to religious freedom and the accompanying rights as guaranteed in the Lao constitution and the U.N. International Covenant on Civil and Political Rights, ratified by Laos in 2009, upholding the individual’s right to adopt a religion/belief of choice as well as the right to manifest that religion/belief in a corporate worship (Article 18),” the representative said. “Any form of coercion impairing the freedom to have and manifest one’s religion/belief of choice is condemned in the Covenant.”

HRWLRF also urged the Lao government to punish the Boukham village chief and other village officials for illegally arresting the Christians.

Officials in the district have harassed other Christians. A pastor and four others were arrested in Saisomboon village on June 24, accused of murder after they prayed for a sick woman who later died.

The deceased, a mother of eight grown children in Savannakhet Province identified only by her surname of Chan, had been ill for two years with an unknown condition. Various kinds of healers and doctors in Saisomboon village had treated her without success, area residents told HRWLRF.

Chan came in April to a leader of the Saisomboon village church known only as Kaithong to be prayed for, and she became well for a short time, the HRWLRF representative said. Soon after, she became a Christian.

“Then, she suddenly passed away on June 21,” the representative told Morning Star News. “The police authorities charged Kaithong as well as the other four Christians/leaders who were present at the funeral of murder because she passed away.”

He added that authorities were searching for any excuse to try to stop the spread of Christianity and religious freedom in the area, where animist religious practices are prevalent. The population of Laos, a communist country, is 57 percent Buddhist and 34.7 percent “ethno-religionist,” various forms of animism, according to Operation World.

The Christian population of the country is estimated at 3.4 percent.