Nigeria: One year: Boko Haram and the Chibok abductions 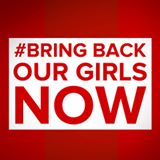 Nigeria (MNN) — A year ago, Boko Haram militants stormed a school compound in Chibok, Nigeria, and kidnapped close to 300 girls.

Since then, very little has been done to successfully rescue the girls. What’s more, the extremist group went on a rampage, claimed whole villages, and proclaimed the territory under their control as a caliphate (an Islamic state ruled under a caliph–a person considered a political and religious successor to the prophet Muhammad). 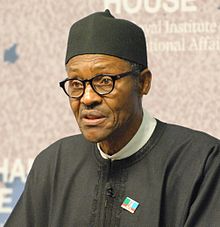 Nigeria’s president-elect, Muhammadu Buhari, released an Opinion-Editorial piece through The New York Times to mark the anniversary.  Aside from pledging once more to stop the terrorist group, he addressed the issue at the forefront of people’s minds.

Todd Nettleton, a spokesman for the Voice of the Martyrs USA, explains, “He doesn’t want to raise false hope about bringing the girls back. He’s not sure that that’s going to be possible. The reality is: nobody is sure where the girls are being held.” In fact, Buhari criticized the outgoing administration for being too slow to respond and losing the chance of rescue in the early days.

Amnesty International also released a report coinciding with the one-year abduction. It was based on hundreds of witness accounts. Their report, “Our Job Is to Shoot, Slaughter, and Kill: Boko Haram’s Reign of Terror in Northeast Nigeria,” notes a couple of things. “Boko Haram has announced that the girls, in their words, ‘willingly converted to Islam.’ Many of them have been married off to Boko Haram fighters. So, at this point, we really don’t know what the future holds for them.” 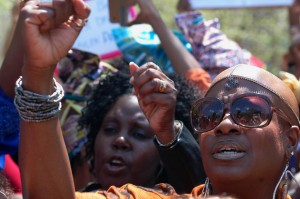 The report goes on to say that since January 2014, Boko Haram has actually taken closer to 2,000 women and girls. Expectations are impossibly high. “There’s a lot of hope that Muhammadu Buhari, when he takes office May 29th, will turn the tide against Boko Haram. He’s promising to cooperate with surrounding nations who are also fighting Boko Haram.”

When he takes the oath of office, Buhari also takes on the herculean task of cleaning up corruption. “The UN has issued a report that there are 800,000 children who have been displaced by Boko Haram. Most of them are not able to get an education. One of the issues that Buhari identifies in his Op-Ed is, ‘We need better education.’ Well, here’s 800,000 children who are displaced, not able to get an education,” says Nettleton.

One thing Buhari notes in his article is that the Boko Haram feeds off despair. He writes, “It feeds off of a lack of hope that things can improve.” Politics aside, he’s not wrong. Nettleton says the despair is what is creating opportunity. “Boko Haram is on the attack, and yet, the churches continue to move forward. Pastors continue to lead services. Believers continue to gather and worship together, even though they know the risks.” Specifically, Nettleton says that openness to the Gospel is on the increase among the more moderate Muslims in Nigeria. “They see the Boko Haram as sort of the ‘ugly face’ of Islam. They respond by being more open to other options, including following Jesus Christ.” 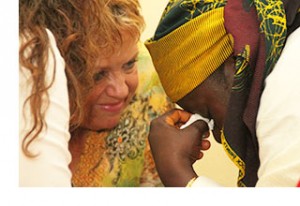 The good news at the end of a sobering story: there is Gospel work that is going forward. It continues to go on despite the risk. VOM Nigeria resources church leaders as they work to share the name of Christ around them. They meet the physical needs of those who have lost homes and churches to Boko Haram attacks. VOM Nigeria cares for the children who lose their parents “in the line of duty,” and they also work to meet medical needs.

Financial support carries this work forward. However, prayer is the first line of defense. Nettleton urges prayer for protection for Gospel workers, for the families who are still waiting for their daughters to come home, for wisdom to know how to respond to provocation. In addition, “We need to pray specifically that Muslims will come to know Christ, and honestly, even pray for Boko Haram members and leaders to come to know Christ in a personal way.”