Syria (MNN) — A dawn raid a couple of weeks ago shattered the relative quiet in a Palestinian refugee camp in Syria. Masked men ran through Yarmouk, butchering people at will.

By the time the confusion settled, residents were horrified to realize they were overrun by the Islamic State terror group. While ISIS has since withdrawn, leaving the camp in the hands of al-Qaeda’s Nusra group, the damage they left behind remains. Greg Musselman is a spokesman for the Voice of the Martyrs Canada. He explains, “ISIS has used that area to try to get closer to Damascus. There have been pleas from the United Nations to other countries saying, ‘We need to get resources in there.’ How do you talk to an organization, or a group like ISIS, to have some compassion?” 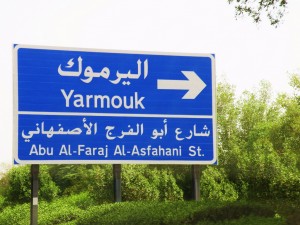 The short answer: you don’t. ISIS barbarism is unparalleled. Aside from crucifixions, rape, and the murder of innocents, “The situation continues to deteriorate with food. People have been shot and killed in the streets. It’s so distressing when you hear the stories about this situation which continues to spiral out of control.” Musselman says they don’t have workers in Yarmouk, but they’re concerned because there’s a remnant Church in Damascus, the next prize ISIS wants.

A new issue has surfaced there that requires response: emotional trauma. Musselman says, “In some cases, it may be a year or two down the line since these things have happened. But they’re living in the place where this pain is still real and still ongoing. Many of their friends have left or are trying to leave the country.”

Musselman goes on to say that’s why trauma counseling is one facet of their work. Some of their partners have been responding since Syria began unraveling, in spite of their own loss. “Some of the people that we’re working with have had horrible things happen, like loss of family members, friends, things like that, and [they’re] working through the Bible Society to get Bibles to people, along with the food.”

What they’ve found is that their own process is prompting questions. The humanitarian side of things is important because it give the church credibility. From there, Musselman explains, “Many moderate Muslims are asking the question: ‘What is ISIS really all about? Does this really represent Islam?’ and are coming to know the Lord. In churches in places like Damascus and other parts of Syria, people are coming in that have never been there before.” 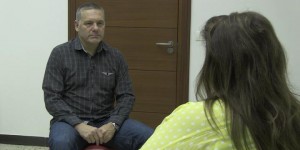 Christians like Debra have chosen to stay behind in Damascus, knowing the threat of ISIS looms. Musselman shares, “She just narrowly missed getting hit by a shell herself, and getting killed. Pray for her because these folks go into depression, too. They’ve seen so much–it’s like Post Traumatic Stress Disorder. Yet, still in the middle of the battle, [she is] trying to do God’s work.”

When Debra is tired, she remembers there are others who follow Christ who are praying specifically for workers like her. “They feel the prayers. And then also, we’ve gone in and they’ve said, ‘We’re glad someone’s here who wants to hear our stories and that are concerned about what’s happening in Syria.'”

There’s really no relief in sight, Musselman adds, but “they’re there because they feel that they need to be there. Pray that God would continue to sustain Debra and the rest of these folks that are just trying to advance God’s Kingdom in a war zone, that they would be strong.”