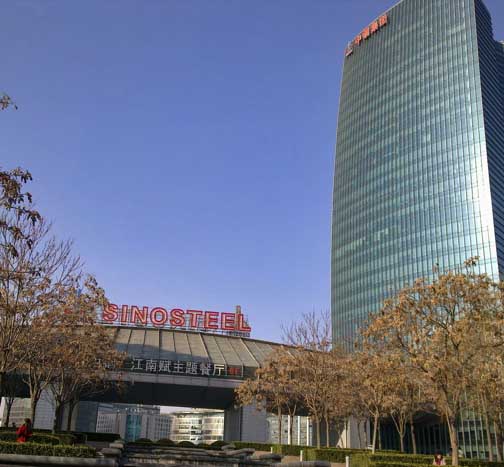 April 24, 2015 (Morning Star News) – Persecution of Christians in China reached its highest level in more than a decade last year as the government cracked down on church growth perceived as a threat to Communist Party power, according to a U.S.-based advocacy group.

Texas-based China Aid Association (CAA) this week reported 572 cases of religious – mainly Christian – persecution last year, a 300 percent increase over the previous year’s 143 cases. The number of people affected in those cases jumped from 7,424 to 17,884 people. More than 1,592 were church leaders, compared with 800 the previous year, CAA reported.

“In 2014, the scope, depth, and intensity of persecution against religious practitioners far surpassed that of 2013,” China Aid reported. “The increase in government-sanctioned persecution against religious practitioners and human rights lawyers and advocates reflects the overall political transformation that is occurring within the Communist Party in China (CPC), namely an orchestrated effort to consolidate power and suppress dissent and any perceived threats to the Chinese government, including the growth of religion in China.”

A government campaign to eradicate church buildings exceeding size limits in Zhejiang Province accounted for some of the increase in cases of persecution. The campaign included actions against church buildings belonging to the government-sanctioned Three-Self Patriotic Movement (TSPM).

“In reality, the campaign indiscriminately removed and demolished crosses on church buildings and, in many cases, demolished the entire church building, regardless of whether the building had been previously approved by the Chinese government,” the CAA reported.

Besides the campaign against oversized church buildings and crosses in Zhejiang Province, CAA said a number of factors led to the increases in persecution in 2014. A wide-spread crackdown on “cult activities” played a large role, affecting 1,000 religious adherents, it reported.

Communist authorities consistently cited “attacking cults” as a pretext for launching large-scale campaigns against Christians and house churches, the report said. Cases in Shandong, Sichuan, and Hunan provinces show that authorities regularly cited Clause 300 of the Criminal Law, defined as “organizing cults and sects and using superstition to undermine law enforcement,” in an attempt to harass and persecute house church pastors, elders, and church members, it said.

“The CPC’s handling of the majority of cases has disregarded the rule of law and standard legal procedures,” the report noted. “A large number of ‘anti-cult’ trials were conducted in secret, and many of those accused were not permitted to hire legal counsel and were forced to accept government-appointed lawyers. The Chinese government has also intimidated and pressured family members of those accused of so-called ‘cult activities’ to not raise their legal cases and incidents of persecution publicly; thus many remain unknown.”

Christian support organization Open Door’s annual ranking of countries where it is most difficult to be a Christian placed China in 29th place last year, a deterioration from 2013, when it landed at 37th place.

A Chinese government campaign begun in 2011 that aimed to eradicate house churches within 10 years escalated in 2014, the CAA report said.

“The overall number of house church leaders and members who were administratively detained, arrested and sentenced or summoned to court, the number of forcibly demolished churches and prohibited church gatherings, and the total number of church members who experienced physical or verbal abuse or threats all demonstrated a dramatic increase in comparison to China Aid statistics from 2013,” the report said.

Shouwang Church in Beijing continued to be harassed, house churches in the Xinjiang Uyghur Autonomous Region were persecuted for teaching religion to minors, and a house church in Cao County was persecuted under the guise of “engaging in cult activities,” the report said.

2014 marked the fourth year Shouwang Church was forced to hold outdoor worship services after it was deprived of its building. Pressure escalated in May 2014, with authorities subjecting members to administrative detention, typically five to seven days for first-time attenders and 10 days for regular members.

“In addition, police physically injured more than 10 church members, including Jin Shaohua,” CAA reported. “Senior Pastor Jin Tianming and other pastors and elders from the church have been under house arrest for the past four years with limited personal freedom, bringing church operations nearly to a halt.”

The Cao County Public Security Bureau in Heze, Shandong Province, in June dispatched forces to apprehend Zhao Weiliang, Cheng Hongpeng and 20 other house-church members for allegedly “engaging in cult activities,” CAA reported. In the aftermath, 18 of the church’s 22 members were charged, nine criminally.

“The only alleged offense the church members committed was gathering to practice worship songs,” CAA reported. “As a result of the public attention given to their case and the intervention of human rights lawyers, a majority of the detained church members were released on probation and are awaiting trial.”

While urban churches such as Shouwang in Beijing and Wanbang Church in Shanghai continued to meet in spite of ongoing persecution, large house churches in mid- to large-size cities remained subject to strict control and harassment by local public security and religious affairs bureaus; examples were Chengdu’s Xiuyuzhifu Church, Guangzhou’s Liangren Church and Guiyang’s Huoshi Church, according to the report.

“In reviewing statistics, it appears that the Chinese government’s persecution of the house churches was most severe in north, northwest, south, and southwest regions of China,” CAA reported.