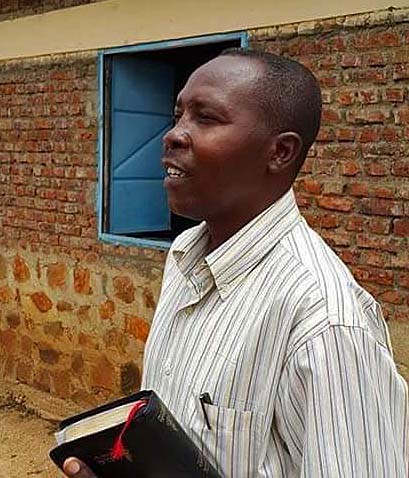 Authorities from the National Intelligence and Security Services (NISS) arrested both leaders of the Sudan Church of Christ (SCOC) separately at their respective homes at 7 a.m., they said. The Rev. Kowa Shamaal, head of missions at the SCOC, was arrested at his house in Hai Thiba Al Hamyida, in Khartoum Bahry (North Khartoum), while the Rev. Hassan Abdelrahim, SCOC vice moderator, was arrested at his home in Ombada block 43 in Omdurman.

Family members and church officials have been given no reason for the arrest of the pastors, who have objected to government demolition of SCOC worship buildings. Their whereabouts were also unknown.

“We have not gotten any information on why our pastors were detained, and their families have not been informed also,” an SCOC official told Morning Star News.

Both church leaders are from the Nuba Mountain region of South Kordofan state. Ethnic Nuba, along with Christians, face discrimination in Sudan, where President Omar al-Bashir has vowed to adopt a stricter version of sharia (Islamic law) and recognize only Islamic culture and the Arabic language.

Shamaal’s church building was demolished in the Hai Thiba Al Hamyida area of Khartoum North on June 29-30, 2014.  This year, after bulldozing a Lutheran Church of Sudan (LCS) building on Oct. 21, authorities in the Karari area of Omdurman demolished an SCOC building on Oct. 27 without prior warning, church leaders said. Local authorities said the SCOC building was on government land, a claim church leaders adamantly denied. The SCOC church was established in 1998.

A source in Khartoum told Morning Star News that Shamaal and Abdelrahim are in detention at an undisclosed NISS site in Khartoum state.

Christians in Sudan are urging the international community and churches around the world to urge the Sudanese government to release the church leaders.

“Let’s pray that God will be with them in any situation, including torture,” said a Christian in Sudan.

An SCOC member added, “We know for sure God is on their side, even if they are in prison.”

The arrest of the two pastors comes four months after the release of two South Sudanese pastors who were held after an eight-month ordeal of imprisonment, fabricated charges of capital crimes and a ban on leaving the country. Agents from NISS, said to be manned by hard-line Islamists, arrested the pastors. The Rev. Peter Yein Reith and the Rev. Yat Michael were acquitted of the crimes calling for the death penalty on Aug. 5 but were prevented from boarding a plane out of the country the next day.

They were later reported to have left the country and arrived in their native South Sudan, and they have since relocated with their families to a third country. But the Court of Appeal in Khartoum last month issued a warrant for their arrest, as NISS has insisted that their case be reconsidered on appeal, sources said.

An international outcry erupted over their weeks-long incarceration without charges after Morning Star News on Dec. 28, 2014 broke the news of Michael’s arrest, and on Jan. 20 published the first account of Reith’s arrest.

Michael, 49, was arrested after encouraging Khartoum Bahri Evangelical Church; the church was the subject of government harassment, arrests and demolition of part of its worship center as Muslim investors have tried to take it over. Reith, 36, was arrested on Jan. 11 after submitting a letter from SSPEC leaders inquiring about the whereabouts of Michael.

Police in North Khartoum on Dec. 2 beat and arrested 38 Christians from the church that Michael encouraged and fined most of them. They were released later that night.

On Oct. 5, 2013, Sudan’s police and security forces broke through the church fence, beat and arrested Christians in the compound and asserted parts of the property belonged to a Muslim investor accompanying them. As Muslims nearby shouted, “Allahu Akbar [God is greater],” plainclothes police and personnel from NISS broke onto the property aboard a truck and two Land Cruisers. After beating several Christians who were in the compound, they arrested some of them; they were all released later that day.

Sudan since 2012 has expelled foreign Christians and bulldozed church buildings on the pretext that they belonged to South Sudanese. Sudan fought a civil war with the South Sudanese from 1983 to 2005, and in June 2011, shortly before the secession of South Sudan the following month, the government began fighting a rebel group in the Nuba Mountains that has its roots in South Sudan.

Due to its treatment of Christians and other human rights violations, Sudan has been designated a Country of Particular Concern by the U.S. State Department since 1999, and the U.S. Commission on International Religious Freedom recommended the country remain on the list in its 2015 report.