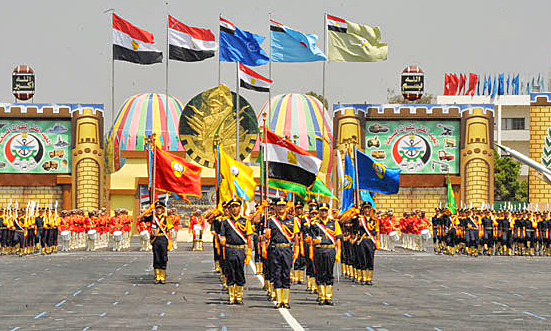 ISTANBUL, Turkey, March 2, 2016 (Morning Star News) – The family of another Coptic Christian soldier in the Egyptian army who has died under suspicious circumstances is demanding an autopsy, sources told Morning Star News.

On Feb. 17, the Egyptian military informed the family of Michael Gamel Mansour that the 22-year-old conscript from Assuit had committed suicide. Authorities claimed Mansour, who was assigned to a unit that guards El Gomhoreya Stadium in Cairo, shot himself with a rifle. They asserted that moments before his suicide, Mansour became despondent after a telephone conversation with members of his family.

The Mansour family has declined to be quoted directly by the media, but sources said they do not believe that Mansour killed himself. Family members have said the phone conversation the military cited was about innocuous issues. Mansour was not dealing with any major problems and gave no signs that he was having any sort of psychological episode, they said, and no suicide letter has been found.

Mansour was scheduled to be discharged from army service on July 1, according to family members.

Mansour’s case marks the third time in nine months that the government has reported a Coptic Christian soldier committing suicide. A fourth Christian was killed in August, according to the government, in a shooting incident in which no one has been criminally charged.

Ezz Tawfik, an Egyptian journalist researching the deaths, said the Egyptian government reported the alleged cause of Mansour’s death so fast that it was impossible for officials to have conducted any worthwhile investigation into the shooting. The military’s claim of yet another suicide therefore lacks credibility, he said.

“Why is there a pattern now that only Coptic soldiers are killing themselves in the army?” Tawfik said.

The Mansour family joins an increasing list of Coptic families with questions about the official version of the deaths of their sons while in military service.

On Nov. 20, the military informed Nataay Boushra that his son, Private First Class Bishoy Nataay Boushra, a second-year conscript soldier in the Egyptian army, was dead, also a victim of suicide. Boushra, 21, served in the Central Security Forces (CSF), a ubiquitous, 450,000-man unit under the command of the Ministry of Interior used to augment the Egyptian National Police. Boushra was posted to the outskirts of Cairo, guarding the CSF barracks used by his duty section.

According to the military, Boushra was found dead the morning of Nov. 20 in the bathroom of a military jail cell with a sheet wrapped around his neck. Officials told Nataay Boushra that his son hung himself from a windowsill.

Nataay Boushra rejects the government’s claim of suicide. His son was deeply spiritual and considered suicide to be a grave sin. During his army service, he was in regular contact with his family and gave no indication of any depression before his death. He was just three months away from being discharged from the army and pursuing his lifelong dream of becoming a monk.

As with the case of Mansour, the military made its ruling that the cause of Boushra’s death was a suicide before an autopsy was performed. At the morgue, the family refused to take the remains until officials conducted an autopsy, but while waiting, Nataay Boushra and his brother were able to examine the body. In addition to the ligature marks expected from a hanging or strangling death, Boushra’s torso was covered with bruises and huge welts from what appeared to be sustained, brutal beatings.

For months before his death, according to his father, Boushra endured threats, violence, intense verbal abuse and public humiliation from a fellow draftee, a Muslim known to the public only as “Mustafa.” Boushra took the abuse in stride until Nov. 4, when the Muslim soldier launched into yet another tirade against Christianity, Christians and essentially everything Boushra believed about God. Boushra picked up a stick the size of an ax handle and hit the other soldier in the head, knocking him to the ground, according to military court testimony.

The soldier was taken to a hospital for examination and then released. Both men were arrested and placed together in a jail cell awaiting a hearing in a military court.

For reasons still unknown, another soldier who was a friend of Mustafa was later locked in the military prison cell with Boushra and Mustafa, the same cell in which he was later found dead, according to the military.

Government Silence
Egyptian human rights activist Wagih Yacoub said the continued deaths and the government’s continued silence about them, combined with claims of suicide, are causing anxiety among Coptic conscripts and their parents. Yacoub said the Christians are being killed by other soldiers in their units over religious disputes.

“Nobody knows, because we don’t get any answers,” he said. “The authorities are hiding everything. They’ve got all the paper and all the access to hide the evidence. We can’t get anything out of it.”

The Egyptian military has reported the suicide of two other Coptic conscripts since June 2015. Neither family accepted the military’s claim and think their sons were harassed and eventually murdered because of their faith.

In June, according to the military, soldiers found the body of Coptic conscript Bahaa Mikhail Silwanus slumped in a chair in an office on the base where he was posted in Suez Governorate. Military officials said Silwanus committed suicide by shooting himself twice in the chest with a rifle that was found at his feet, but the Silwanus family said no investigation was conducted.

The Silwanus family also said he was the only Coptic Christian soldier in his unit; because of this, Silwanus told relatives, he was harassed constantly.

As with the case of Boushra, officials put up roadblocks to keep the Silwanus family from obtaining an autopsy for their son. It wasn’t until almost two months after his death that officials allowed the Silwanus family to see a copy of the results of an autopsy the military conducted, but the family was not allowed to make a copy of the report. As with Boushra, Silwanus had unexplained marks on his body that, at minimum, raise serious questions about the military’s claim that he committed suicide; besides the obvious question of how he could have shot himself twice in the chest, there was a large, deep contusion on the back of his head from an apparently recent beating.

Along with the three alleged suicides, a Coptic soldier was shot last year in Marsa Matruh, near Alexandria. On Aug. 23, Baha Saeed Karam, 22, was shot four times by soldier Mohammed Tarek after an argument about religion during the month of Ramadan, when Muslims fast during the day, according to the military.

Karam was taken to a hospital in Alexandria but died sometime before he arrived. Tarek was arrested and, according to local media reports, admitted to shooting Karam, but no charges have been filed against him in the months that have followed. No other information is publicly available about the crime, Tarek or any possible charges against him.

“If you don’t want Christians in the army, don’t take them,” Yacoub said. “But if you do take them, for God’s sake, don’t kill them.”