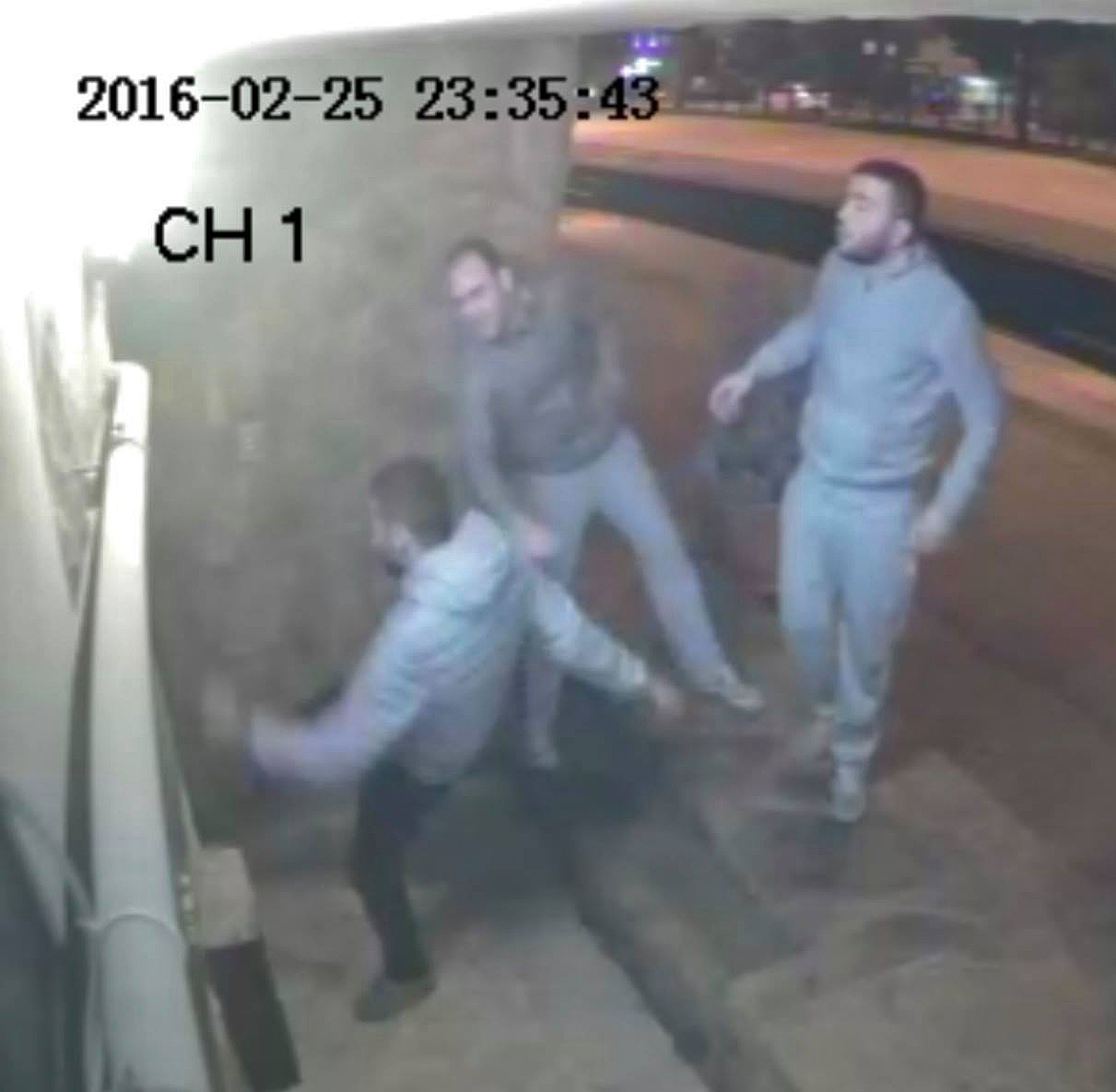 Shortly after 11:30 p.m. on Feb. 25, the four Muslims went to a building rented by the Agape Church Foundation in Samsun and tried to get someone to come to the door, pastor Orhan Pıçaklar told Morning Star News. Initially two of the four men rang the doorbell on the building, used by the church group for worship and teaching, but seconds later two others arrived who began banging on the door with their fists and then tried to kick the door open.

A small number of people were in the building when the men came, including one congregation member who acts as a church caretaker, but no one answered the door. Eventually the Muslims noticed a security camera and destroyed it, then left.

A member of the congregation who asked to remain anonymous for safety reasons said the four men came to the church looking for a fight. In security camera footage, at least one of the men appeared to be drunk and stumbled.

“It’s obvious they were trying to get someone to come to the door,” the church member said. “If someone had opened the door, I can’t imagine what would have happened.”

Police identified the suspects, who all turned themselves in on Tuesday (March 1) and were released the next day.

Though no one was injured in the attack, which was minor compared with other incidents, the pastor decided to report it to police because of its menacing and brazen nature. The anti-Christian motive of the attack later became apparent when police were releasing the accused, as some or all of them yelled ‘Allahu Akbar [God is greater],’ the jihadist victory slogan.

Such behavior is a clear departure from other incidents, said Pastor Pıçaklar.

“They attacked us knowing that they would get caught – they even looked at the security camera and smiled,” he said. “Later they went to the police and turned themselves in, and today they were set free. So what should I do [in response] to these guys who drink until they get drunk, and when they get caught [attacking the church building], instead of fear and sadness, yell, ‘Allahu Akbar!’?”

Pastor Pıçaklar said the incident was not just a “kick the door and go. These guys wanted the door open and to go inside and hit someone or attack in some other way.”

He added that in the past few days he’s received “strange phone calls.”

The Samsun church has been the site of numerous attacks, the church member said.

“Sadly, it’s normal,” he said. “Sadly, it is something you just have to let go.”

Pastor Pıçaklar said previous assailants have not been so combative.

“Those who have attacked us and been caught have always apologized, and we have always forgiven them, because this is what God wants us to do,” he said. “If we only say, ‘Forgive your enemies’ when we’re giving a sermon, we’re hypocrites. Those who attacked us this time are really different, however.”

Church leaders in Turkey decline to report most attacks because they, like most other Christians in Turkey, understand that they are inevitable. Also, most attacks are minor, such as one last month in which a passing woman toppled a display rack at the Agape church building that held numerous Turkish language copies of the Bible and other religious literature.

Other attacks are more significant, such as one on May 16, 2015, when a man came to the church with a club and started yelling profanity and threatening congregants. The church reported the attack but later declined to prosecute.

The 2015 report of the Association of Protestant Churches documents numerous attacks and instances of harassment against Turkish churches, including threats by email and phone text messages linked to the Islamic State.

“The threatening content, the images used, the anthems and the names used show that these threats originate with the radical terror organization ISIS,” the report stated.

Pastor Pıçaklar said last week’s attack caused him to wonder about the nature of anti-Christian persecution in Turkey.

“There is definitely sorrow in my heart as I wonder, ‘Why do these people attack God’s house? We’re not enemies. We only pray for their blessing,’” he said. “But there is no bitterness, because Satan has blinded their eyes. If they weren’t blind, they would see the Light and be saved. I really feel sorry for them, and if I had the chance to see them, I’d tell them how God loves them and to read the New Testament. I am praying for them that God might change them as he changed Saul.”