Father, uncle attack him a week after he received Christ. 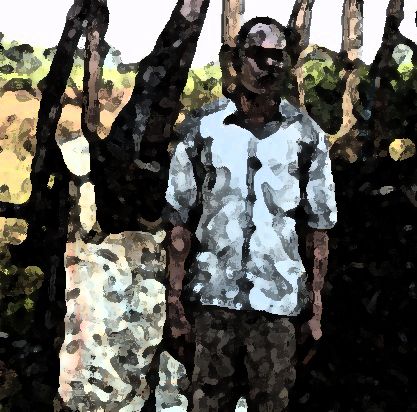 NAIROBI, Kenya, March 10, 2016 (Morning Star News) – After Mohammed Nsera graduated from high school last year, his Muslim family built a small house for him on their homestead in eastern Uganda. They burned it down this year after he put his faith in Christ.

Nsera’s family lives in the predominantly Christian village of Katende near Busede, Jinja District, some 50 miles east of the Ugandan capital of Kampala. Part of a hard-line Islamic minority, his family, including six siblings, strongly objected to his Jan. 3 conversion.

It took a week for his father, 47-year-old Abdu Nsera, to hear that his son had become a Christian. On Jan. 10 at about 7 p.m., the young man’s father and uncle went to the small house they had built for him about 200 yards from the family home to confirm the allegation that he had left Islam.

“I could not deny Christ when my father asked me whether I had joined Christianity,” Nsera told Morning Star News. “With a lot of joy I answered him affirmatively, with a yes. My uncle, who had a walking stick, hit me on my back, and my father tried to get hold of my shirt, but I managed to escape with a tattered shirt and a bleeding back.”

While recovering at the home of a Christian some 13 miles away, he learned that they had burned down his house.

“I received reports that my parents, uncle and some other Muslims were looking for me,” Nsera said. “I have lost my entire valuables, especially my academic certificates.”

Nsera said he first heard the message of Christ’s salvation preached by an evangelist from Jinja at an evangelistic event. That night Jesus appeared to him in a dream, and the next day he met with a pastor who prayed with him to receive Christ as Lord and Savior.

He has since taken refuge in an undisclosed village more than 60 miles from his home. Another pastor caring for him there is providing shelter.

“Mohammed needs support for furthering his education,” the pastor said. “My church, which was founded recently, is still small.”

About 85 percent of the people in Uganda are Christian and 11 percent Muslim, with some eastern areas having large Muslim populations. The country’s constitution and other laws provide for religious freedom, including the right to propagate one’s faith and convert from one faith to another.

Nsera’s ordeal is typical of converts to Christianity in eastern Uganda, which has seen a series of attacks on Christians. On Jan. 27 in Numuseru village, Naboa Sub-County in Budaka District, the body of Laurence Maiso was found at his house, his head in a pool of blood. Four days earlier, Imam Kamulali Hussein had met him and his wife on a local road and told him, “Allah is about to send to you the Angel of Death in your house. Please prepare to meet him at any time.”

On Dec. 23, 2015, a pastor in eastern Uganda was hacked to death as he and other church members resisted an effort by Muslims to take over their land in Nansololo village near Mazuba, in Namutumba District, area church leaders said. Pastor Bongo Martin is survived by a widow and two children.

In another area of eastern Uganda, five underground Christians in a predominantly Muslim village, including a pregnant mother, died from a pesticide put into their food after a Bible study on Dec. 18, area sources said. The Bible study took place in Kachomo village, Kachomo Sub-County, Budaka District at the home of Hajii Suleiman Sajjabi, a convert from Islam who had begun the study with eight family members who had come to faith in Christ under his influence.

Four of Sajjabi’s relatives have died, as did a pregnant neighbor, according to area sources. A doctor at Mbale Regional Hospital said a postmortem test showed a substance known as Malathion, a low-toxicity pesticide, in those who had died. Though low-level toxic, Malathion when ingested quickly metabolizes into highly toxic Tomalaoxon.

Islamic extremists in eastern Uganda on Dec. 8 set a deadly trap for a Christian policeman who had left Islam, and the next day other hard-line Muslims kidnapped three children from another convert in a nearby village. More than 20 Muslim extremists in the Komodo area of Kadama Sub-County, Kibuku District, killed officer Ismail Kuloba at about 4 p.m. after he responded to an urgent call to intervene in a supposed land dispute between warring parties, an area Christian told Morning Star News. Kuloba was 43.

One of the assailants, Mudangha Kasimu, threw a stone that hit Kuloba in the forehead. Kasimu then shot him twice in the head, and he died as other Muslims were shouting, ‘Allah Akbar [God is greater],’” sources said.

An area source said a 14-year-old boy from Kabuna, Karami Hassan, was with Badir’s three children when they were abducted near their home. The boy said a group of Muslims from Palissa were looking for Badir, and the boy led them to Badir’s children.

Outside of Kabeshai, near Palissa, a Christian father of five who supported 10 children whose families had disowned them for leaving Islam was killed on Dec. 2. One of three men who attacked Patrick Ojangole reproached him for failing to heed a warning to cease his Christian activities before the Christian was killed, said a witness who was with Ojangole and escaped. Ojangole was 43.

On Nov. 12, the father of a young Muslim woman in east Uganda tried to beat her to death after she became a Christian, but community leaders intervened and limited him to disowning her, sources said. Kibida Muyemba learned that his 21-year-old daughter, Namusisi Birye, had put her faith in Christ at an evangelistic campaign held that day in Nandere village, Kadama Sub-County, Kibuku District, 41 kilometers (25 miles) west of Mbale, church leaders told Morning Star News. Birye and a man in the traditional dress of an imam confessed openly to receiving Christ, they said, and angry Muslims cut the event short.

On Oct. 19, 2015, Muslims in Kalampete village, Kibuku District who were angry at a Christian for leaving Islam killed his wife, a month after his brother was killed for the same reason.

Mamwikomba Mwanika, mother of three adult children and five others ranging in age from 17 to 9, died en route to a hospital after Muslims unknown to her dragged her from her home at about 9 p.m. and assaulted her, survivors said.

Her husband’s brother, Samson Nfunyeku, was killed in the village on Sept. 23 after flaring tempers cut short a religious debate he’d had with Islamic scholars.

In Nsinze village, Namutumba District, a Muslim beat and left for dead his wife and 18-year-old son on Aug. 11 after learning they had converted to Christianity, area sources said. Issa Kasoono beat and strangled his wife, Jafalan Kadondi, but she survived, said a source who requested anonymity. He said other relatives joined Kasoono in beating her and their two sons, Ibrahim Kasoono, 18, and Ismael Feruza, 16, though the younger son managed to escape with only bruises on his arm.

The wife of a former sheikh was poisoned to death on June 17, 2015 after she and her husband put their faith in Christ in Nabuli village, Kibuku District. Namumbeiza Swabura was the mother of 11 children, including a 5-month-old baby.

In Kiryolo, Kaderuna Sub-County, Budaka District on March 28, 2015, five Muslims gang-raped the 17-year-old daughter of a pastor because the church leader ignored their warnings that he stop worship services, she said.

If you would like to help persecuted Christians, visit http://morningstarnews.org/resources/aid-agencies/ for a list of organizations that can orient you on how to get involved.

If you or your organization would like to help enable Morning Star News to continue raising awareness of persecuted Christians worldwide with original-content reporting, please consider collaborating at http://morningstarnews.org/donate/?

Photo: Illustrative rendering of photo to protect identity of Mohammed Nsera, here with remains of his home. (Morning Star News)