Pakistan (MNN) — Sectarian tensions are erupting in Pakistan, reports Forgotten Missionaries International (FMI). One needs to look no further than yesterday’s court bombing for an example. 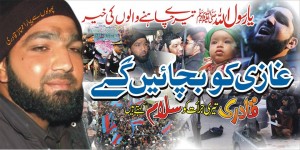 Mumtaz Qadri is regarded by some as a hero in Pakistani culture.
(Picture obtained via Facebook)

To repay last week’s execution of well-known assassin Mumtaz Qadri, a suicide bomber killed more than a dozen people outside of Islamabad. A splinter group belonging to Pakistan’s Taliban soon claimed responsibility for the court bombing.

Reuters credits an e-mailed statement: The court bombing “was especially done as vengeance for the hanging of Mumtaz Qadri.”

According to FMI’s Bruce Allen, sectarian tensions have reached a new high in Pakistan.

“There have been demonstrations, riots, fires in the streets, things like that, in major cities across the country,” he says.

How the court bombing impacts Christians 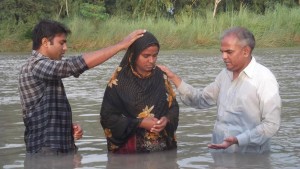 In 2015, residents and re-settled ‘alumni’ of the safe houses had more than 2,000 significant spiritual conversations with people in their communities in which they also distributed Scripture audio CDs (because of low literacy rates, hearing Scripture is in one’s own language is more effective than reading a Bible) and JESUS Film DVDs.
(Photo, caption courtesy FMI)

Christians are caught in the middle of this widespread unrest. An FMI-supported safe house–      designed to protect persecuted Christians and Muslim-background believers–was recently raided.

“The persecuted believers that were staying there…were apprehended. They were tortured, including waterboarding of the father of this family,” adds Allen.

Thankfully, *Nehemiah, FMI’s national director, was able to rescue this family of Muslim-background believers (MBBs) and bring them to a safe location unknown to the Pakistani government. However, Nehemiah and his family have become a new target: officials recently brought Nehemiah in for another round of questioning.

“We’re asking Mission Network News listeners to be…praying for our national director and his family. [Nehemiah] now is getting interrogated by authorities.” 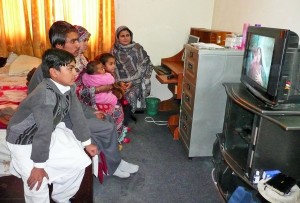 Members of a family of persecuted Christians watches the JESUS film during their stay at one of the Kerith Brook shelters in Pakistan. This network of safe house is named after the place where the Lord miraculously sheltered and sustained the Old Testament prophet Elijah during a time of crisis.
(Photo, caption courtesy FMI)

“Many of them [persecuted Christians] are fairly new believers. It’s only because they have embraced Christianity…that their families have either poisoned them [or] tried to kill them,” explains Allen.

Along with physical necessities like food, water, and medicine, FMI provides spiritual discipleship for persecuted Christians through their safe house ministry.

“As these ‘victims’ of persecution are getting dimpled, they’re learning about their identity in Christ,” Allen adds.

“They are no longer seeing themselves as victims but as victors, because ‘we are more than conquerors through Christ who loves us.'”