Laos: a church divided against itself 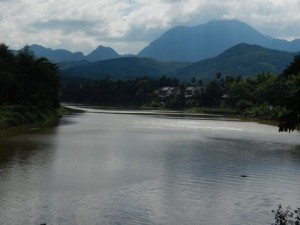 Laos (MNN) — The Lao People’s Revolutionary Party has maintained its death grip on the country since 1975.

The Communist regime has long been committed to “eliminating Christianity” which it regards as dangerous. Buddhist temples are the centers of social and religious life, revealing a deeply ingrained tradition in the thinking, culture, and national identity.   As part of exerting control, there is no freedom of expression, no freedom of assembly, and no real freedom of religion. Amnesty International says over 6 million residents of Lao People’s Democratic Republic (Lao PDR) live with these rights violations.

Officially, the government permits the practice of four religions, including Christianity. In reality, churches are watched carefully by the government. Patrick Klein with Vision Beyond Borders explains, “In Laos, kind of like in China, they have the government-run church and then they also have the underground church movement.”

In the government-run church, there are challenges, he says. “The pastor is limited about what he can talk about from the pulpit. He cannot talk about the second coming of Jesus; he can’t talk about miracles or healing. [Pastors] have to teach the people that their first devotion is to the government and not to God.” That’s not to say that the above-ground church has no true followers of Christ, but they’re keeping a low profile. “If somebody becomes a Christian, they’re very much watched. And if they’re evangelistic and they’re very excited about their faith (zealous), then they will not be allowed to be baptized.” 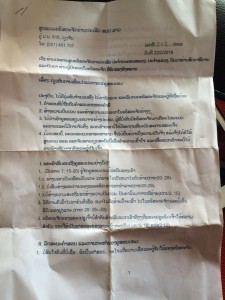 God is raising up an underground church movement, where people are meeting in house church settings, much like China. Because they’re off the prescribed path, they’re watched closely by the government. It seems like the church would unify and help each other out, in the common understanding that they are one body–brothers and sisters in Christ. But Klein says that’s not what’s happening. The government church is doing the harassing. In fact, a letter issued by the government-sanctioned church appears to threaten unregistered churches. “The government church is now talking about going to the Lao government and outlawing all Christian missionary work and outlawing the underground church movement, which would increase the persecution and drive the church really underground.” 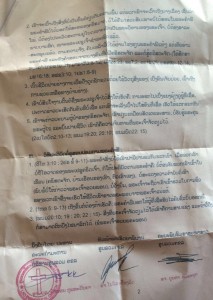 Because the underground church is growing quickly, Klein observes, “It seems like there’s a jealousy in the government church. They want to control the growth, control the people that supposedly come to Christ. They really want to make them puppets of the government. These people are saying, ‘No, we want to follow Jesus Christ. We want to do what the Word of God says. We believe what the Bible says.'”

Aren’t we on the same side of the Gospel? The VBB contacts shared discouragement on that point. “Some villages they go into, they go in to evangelize, and the government church is already discouraging people from even listening to the evangelist. They want to control the growth of the church in Laos,and it’s really disheartening because it is coming from other ‘family’ members.”

Klein is asking us to join together and pray for unity in the body of Christ in Laos. “People can be praying for us that we can continue to get Scriptures in, and keep helping the Church, but also that the underground church will really mature–become stronger and stronger so that they will not abandon their faith.”