Central America (MNN) — In a strict Central American country, God is using Vision Beyond Borders to answer the prayers of His people.

Hillary Hershey with VBB explains, “The Christians in this Central American country…are not offered a lot of freedom based off of their government. So a lot of their jobs don’t offer much income. They are given monthly rations. And so, as far as that portraying to the church, they’re dealing with very little. But the good thing is the church is still growing, and you have this incredible body of believers who are so willing to give of the little they have. Despite their circumstances, they’re truly growing and just prospering in their hope of the Lord.” 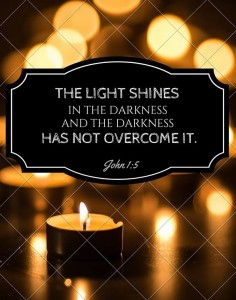 VBB works in this country through mission trips and through its pastor program, Vision for Pastors. On the trips, VBB deals with the poorest of the poor. It’s clear to VBB how even though this Central American country is changing, especially as ties with the U.S. begin to thaw, things aren’t changing for the poor.

“The purpose of our trip is to bring them supplies that they don’t have readily available, as well as provide funding. And that can be anything from Bibles to flannel graphs and discipleship materials; but we also bring the basic needs like kitchen utensils and clothes and hygiene supplies–even just simple medication,” Hershey says.

Hershey shared one story about a man, a part a of men’s Bible study, whose house had a leaky roof. Essentially, it could be said it rained more inside the house than outside of it.

“We decided that we wanted to just leave our own money there behind and help support him in building a sustainable roof. Somehow we had extra funding when we took our funds in and delivered to our contacts. So we had this amount–I think it was $650, and we didn’t think that was a coincidence because that was the amount this man needed not only to fix his roof, but to build on to his home,” Hershey explains.

However, after a week, the man decided God was telling him to give the money back, and then some. He returned the money, plus a part of his own to his pastor and his wife. The man’s only income came from selling plastic bags, bringing in only about a dollar a day.

“It was almost three months later, and you saw how the Lord provided and blessed him, and not only took care of his roof but now he can have a home. As he said, a home for Jesus, that he wants to have more men come to his Bible study and for the community in the neighborhood to see the work of Jesus there,” Hershey relays. 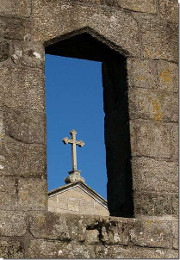 For those who’ve gone on these trips and encountered God among these people, it’s left an impact. Volunteers come home with stories to share about people who are monetarily poor, but are oh so rich in Jesus. For Hershey, it was incredible to see these Central American people who are hindered in so many ways but their hearts are entirely for Christ.

“It’s definitely a challenge, but such a wonderful to bring back what we learned and try to apply it in our own communities. I think the basic is just to know that Jesus is the only way and we have life in Him–life abundant. And we are to live fully, despite anything else in this life, but just to focus on Him and follow Him without abandon,” Hershey expresses.

But as with any church, pray for these Christians and their pastors. Pray for their protection, for wisdom, and for them to have endurance as they run the good race. Pray for God to guide them as their church grows and to continually give them strength.

Please consider joining Vision Beyond Borders by supporting pastors in this Central American country. It costs less than a cup of coffee a day, but it’s a need as these pastors only make roughly $20 a month. The pastor support is then used to take care of their families and often times a portion of it is put back into the church.