Middle East (MNN) — As churches across the U.S. prepare services, celebrations, and potlucks for the Easter weekend, others are celebrating resurrection weekend, but with a wary eye toward the front door. 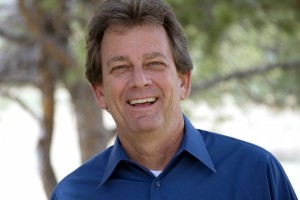 Easter has proven to be a time when Islamic extremists target Christian communities, according to Tom Doyle, a Middle East expert and author of “Killing Christians: Living the Faith Where It’s Not Safe to Believe”.

“Easter Sunday here, we’re worried about where we’re going to park or who is coming to lunch,” Doyle said. “Believers in the Middle East are consumed with, ‘Am I going to be alive on Monday.’”

Last year, 148 Christian students at Garissa University were killed in the week before Easter. Though the group leaders later cited the reason for the carnage as retribution for Kenya’s incursion into Somalia to fight militants, the suicidal gunmen seemed to have a motive other than a political one. The gunmen separated the Muslim students from the non-Muslim and reportedly taunted those they were about to kill: “We don’t fear death; this will be a good Easter holiday for us.”

The Christian Holy Week seems to invite violence, Doyle says. Satan is at work there. “Two years ago, seven men were hung on crosses in Syria because they refused to recant their faith and return to Islam.”

The increased risk seems to have been noticed by at least one American Congressman who notes the need to seek protection for our Christian brothers and sisters.

Congressman Bradley Byrne, R-Alabama, blogs about the upswing of Christian persecution at Easter.

“For too many people around the world, Holy Week is a dangerous time. In fact, groups like the Islamic State of Iraq and Syria (ISIS) search for and kill Christians simply because of their religious beliefs. This is especially heartbreaking because the Middle East was the birthplace of Christianity. In the very place where Jesus once walked, Christians are being attacked, raped, and murdered.”

Days after the House of Representatives passed a resolution noting the belief that ISIS is committing genocide against Christians, Secretary of State John Kerry declared that the killings qualify as genocide.

The pronouncement was a week past the due date set by Congress, but the pressure paid off, Byrne said.

The declaration has serious implications, he said.

“The designation will help build international support for combating ISIS and their brutal tactics,” he said. “It will also help bring more resources to help Christians in the region, as well as those who are fleeing violence.