Security efforts intensify in wake of Easter attack in Pakistan 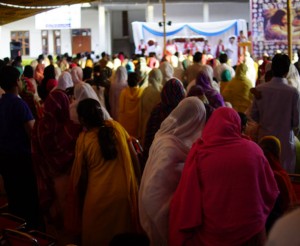 Pakistan (MNN/ODM) — A Taliban faction that has thrown its allegiance to ISIS made its point over Easter Sunday: Christians aren’t wanted.

Open Doors USA President and CEO David Curry says the suicide bombing in Lahore was a personal message “in the sense that these aren’t military targets, these aren’t government forces. They’re attacking families, they’re attacking Christians for their faith in Pakistan.”

After a jittery morning, amid heightened security in churches, families relaxed and headed to a park in Lahore. Instead of hitting them in their neighborhoods, militants went for public space. Early evening, Jamaat-ur-Ahrar struck, killing over 70 and injuring over 300, in its fifth bombing since December. Like most extremist Islamic groups under the ISIS banner, they’re fighting to topple the government and introduce a strict interpretation of Islamic law.

As a result, Pakistan’s government and military vowed justice and launched a crackdown on Islamist militants in Punjab. The country is on high-alert once more, after tensions boiled over on February 29, 2016, when the government executed the body guard who murdered a liberal governor in 2011 for calling for reform of the country’s blasphemy laws. Curry adds that the secular government is aware how these laws are misused. “They’re trying to deal with some of the blasphemy laws, but these kinds of tensions are bringing violence to the forefront. We really need to be thoughtful, and prayerful, I think, for the Christians in Pakistan.” 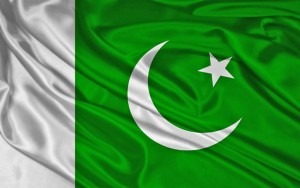 Pakistan is #6 on the 2016 Open Doors World Watch List. Its main driver of persecution is Islamic extremism, and the level of persecution as a whole is rated as extreme. According to International Christian Concern, targeting houses of worship isn’t new. On March 15, 2015, suicide bombers from Jamaat-ur-Ahrar attacked St. John’s Catholic Church and Christ Church in Lahore’s majority-Christian neighborhood of Youhanabad, killing over 20 and wounding another 70.

In September 2013, suicide bombers from the Pakistani Taliban attacked All Saints Church in Peshawar, killing over 130 Christians who were gathered there for Sunday worship. Says Curry, “Pray for the leaders of the Christian faith there; pray for the safety of the churches. Pray for the children and the schools. It’s so personal. If you think of all of the soft targets that people have in their lives, places where they’re vulnerable–church, school, let’s lift these folks up in prayer.”

The following is a statement from Curry in response to the bombing in Pakistan targeting Christians over Easter:

“Open Doors USA is calling on all lawmakers and presidential candidates, both Democrats and Republicans, to take a stronger position on Christian persecution. Today’s suicide bombing in Pakistan, which was specifically targeted at Christians celebrating the Easter holiday, is one of the countless examples of the escalating global persecution against Christians. Each life lost is precious. I’m disappointed that the Western world only seems to pay close attention when attacks happen here in the West. The lives lost in Africa, the Middle East, or Southeast Asia are just as valuable as those lost in Europe or the United States. We should be equally outraged by their loss.

“Countering the kind of terrorism we saw today in Pakistan will take strong leadership and skilled diplomacy from the United States with other like-minded nations. Together, we must speak out against religious persecution wherever it may be found.

“Let us all work together–citizens, lawmakers, and leaders of every ilk–to protect religious freedom and advocate for those around the world who do not have it.”

Christians make up just 2% of the population. Despite a constitution guaranteeing religious freedom, churches in Pakistan are frequently vandalized. Churches can still work and meet unhindered, but they will be monitored, and sometimes their services are interrupted or attacked. Congregations hire guards to protect their meetings. Why not just go underground? Curry responds, “When you’re not allowed to decide for yourself what your faith will be, [or] what you believe, on the most basic level, you’re not free at all.”

Christians are beaten, raped, abducted, and murdered with impunity. However, Open Doors supports the church in Pakistan through emergency aid to victims of violent persecution, pastoral training, biblical literacy, and counseling and trauma therapy. Why? The hope of Christ is still changing people. It boils down to freedom.  “Christians want to practice their faith, they want to go to church, and they want to have the freedom to decide for themselves what they believe, to speak about their faith.”

Pray for strength for Muslim-background believers, who are often physically attacked, rejected by their communities or even cursed using occult practices. In cooperation with local churches and other partnering ministries, Open Doors comes alongside the Church under fire and supports them as they share the hope of Christ in their communities.