Justice Ministry says any change would be 'unconstitutional.' 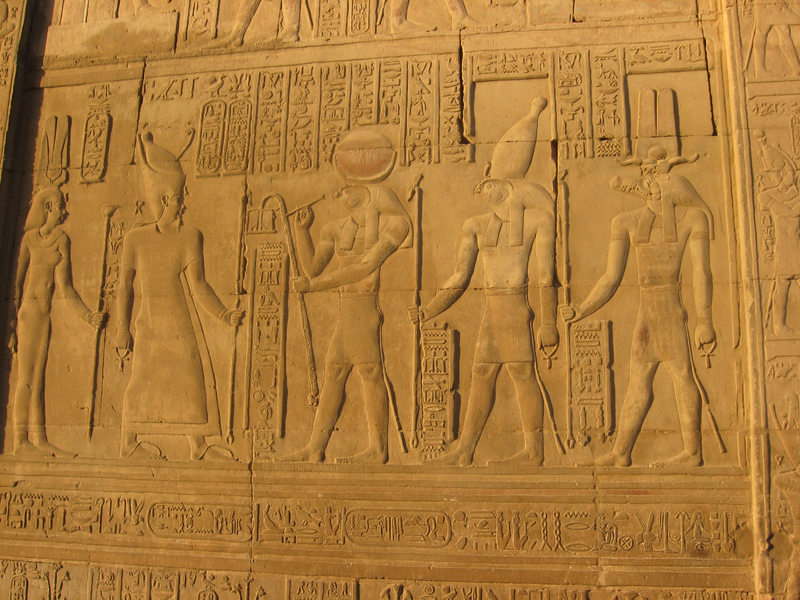 ISTANBUL, Turkey, June 20, 2016 (Morning Star News) – Parliamentary efforts in Egypt to repeal the country’s equivalent of a “blasphemy law” are facing stiff opposition from the Ministry of Justice.

The ministry’s representative to parliament, Chancellor Ayman Rafah, this month told the People’s Assembly that the administration opposed efforts to eliminate the constitution’s Article 98F, which criminalizes any expression “for the purpose of inciting strife, ridiculing or insulting a heavenly religion or a sect following it, or damaging national unity.”

The three “heavenly religions” in Egypt are Islam, Judaism and Christianity, but the law is almost always used against those who criticize Islam. Conviction carries a sentence of six months to five years in prison and a fine of 500 to 1,000 Egyptian pounds (US$55 to US$110).

Rafah told the People’s Assembly on June 12 that dropping Article 98F would violate a constitutional prohibition against inciting hatred against people of a revealed religion, a crime “punished by the law.” The Egyptian government considers irreverent speech a form of incitement.

Rafah also said that limits needed to be placed on some sorts of expression. A spokesman for the ministry later told media that repealing the article would be “unreasonable.”

Members of Parliament Nadia Henry, Mohamed Zakareya Mohi El-Din and Mona Mounir earlier submitted a draft law to remove Article 98F from the constitution. The three MPs and their supporters said the statute is vague, contrary to the constitution and gives too much discretion to judges, who issue draconian punishments against Christians in what amount to show trials.

Supporters of Article 98F, mostly Islamists and government officials, say the law is meant to dissuade and punish those in Egypt who use religion to instigate “strife and division” or spread “disdain and contempt for any of the revealed religions or the sects belonging thereto.” Judges sometimes dismiss the limits of punishment under Article 98F and issue much harsher sentences.

Mohamed El-Messiry of Amnesty International told Morning Star News that the article should be dropped completely. While he sees the need for laws against speech explicitly meant to incite violence, he said the law is not used that way because of its overly broad nature and elements in Egyptian society.

“There should be an [obvious] line between critiquing religion and inciting violence. The problem lies with the subjective element of the judges and the police,” he said. “Basically they are very sympathetic toward Muslims, but they are not to the other side with Copts.”

Ehab Ramzy, a lawyer and former MP, agreed that the statute gives judges and police too much leeway in deciding what can be prosecuted. Many cases that should never see the inside of a courtroom, he said, are pursued very aggressively.

Various parties enforce the law based on their culture, education and background, he said.

“Everybody enforces this article based on their point of view – some may say insulting a religious figure is a kind of blasphemy or that it’s insulting the religion itself,” he said. “This article is not fair.”

In response to the ministry’s opposition, the Constitutional and Legislative Affairs Committee is seeking input on the statute and possible reforms from Al-Azhar Mosque, the noted group of Islamic scholars Dar al-Iftaa and the Coptic Orthodox Church. After consultation with the three groups, the committee will prepare a report on the statute to be submitted to multiple government agencies and the public.

Human rights activists in Egypt and abroad roundly say that the blasphemy statute is a violation of the country’s constitutional provisions for freedom of religion and expression, that it violates basic standards of human rights and is most often used to stifle free speech or as a weapon by members of the Sunni Islamic majority to attack religious minorities, such as Coptic Christians. Ramzy said the blasphemy law is being used as “a form of jihad.”

“It has become a sword to be used against certain people. For example, if you hate your work partner, you can share something on their Facebook and this can be used as evidence of blasphemy to get rid of the person,” Ramzy said. “If you want to get rid of your neighbor, you find a way to accuse them of blasphemy, using an ordinary insult as evidence.”

Since the Egyptian constitution was passed in 2014 by referendum, there have been numerous, high-profile blasphemy cases filed against Coptic Christians on charges that were either fabricated or completely false, human rights activists said.

Coptic teacher Demyana Abd al-Nour, 27, was sentenced to six months in an Egyptian prison on June 15, 2014 after she lost an appeal of an earlier conviction of violating Article 98f. Al-Nour originally had been sentenced to pay a fine of 100,000 Egyptian pounds (US$14,270), an exorbitant amount that her family could not pay. The judge in the Luxor Court of Appeals, Chancellor Ahmed Abd-Al Maksoud, replaced the fine with the prison sentence.

According to her accusers, while teaching a history class Al-Nour disputed the purported uniqueness of Islam’s proclamation of being a monotheistic religion. They also claimed that Al-Nour compared the late Coptic Pope Shenouda III in favorable terms to Islam’s founding prophet – allegedly going so far as to make a gesture of disapproval when speaking the prophet’s name, Muhammad.

>From the start, the accusations were riddled with inconsistences and seemed to be religiously motivated, human rights activists said. Three students claimed that Al-Nour had spoken against Muhammad or made rude gestures against him, but between the three students, the testimony identifying what gesture she allegedly made and what she allegedly said did not match up, according to the Egyptian Initiative for Personal Rights (EIPR).

Also, the rest of the students in the class, 10 in all, said she never even mentioned the late pope or Muhammad. One of the students who testified against Al-Nour was later found to be absent from class the day the alleged incident took place, according to Egyptian human rights group The Maspero Youth Union.

In another case, a judge on June 24, 2014 sentenced Kerolos Shouky Attallah, 29, a Christian from Al-Mahamid village near Luxor, to six years in prison for “liking” an Arabic-language Facebook page administered by an anonymous group of Christian converts known as the Knights of the Cross. The Facebook page was designed to provide Arabic-speaking converts from Islam – many forced to live alone and in hiding – a virtual meeting place to encourage each other and safely discuss the Bible. Members also posted essays about Christian apologetics and entries about perceived errors and conflicts in the Koran.

Attallah’s attorney, Mohamed Ahmed Abd-Alaal, said Attallah did not make any comments on the site, share any of its postings or upload anything to it. Attallah promptly removed his name from the page once he realized the Facebook page offended some Muslims.

In another notable case, on Feb. 25, a court in Minya Governorate sentenced four boys then between 16 to 17 years old, to five years in prison for violating 98f by imitating Islamic prayer and the act of beheading someone in a 32-second mobile phone video filmed by their teacher. According to the boys’ lawyer, they were making fun of ISIS. The teacher was sentenced to three years in a separate trial.

In all the cases, violent mobs of Muslims rioted in reaction to the rumors of blasphemy, but no Muslim was ever charged with any crime in relation to the rioting, despite death threats, significant damage to Christian-owned property and physical injuries to Christians. The families of almost all those sentenced have faced massive financial losses due to legal fees and other costs associated with protecting the accused. Finally, all those found guilty have been forced to flee the country or are hiding in self-imposed, internal exile rather than go to jail, where conditions are deplorable and their lives would be in danger.