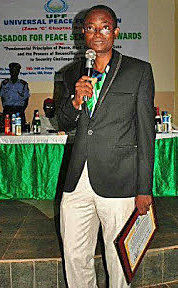 A church leader at the Catholic Diocese of Otukpo told Morning State News by phone that the body of the Rev. John Adeyi, vicar-general of the Otukpo Diocese, was found earlier today. Unknown gunmen kidnapped him on April 24.

“The body was in decaying state, and policemen and Christian villagers are at the scene where the corpse was found,” the church leader, who requested anonymity, said two hours after the discovery. “They are currently making effort to move the corpse from the back of the Education Authority office in the town to a morgue.”

Speaking from the site where the body was found, the church official added that, “the body of the priest was dumped by his kidnappers at the place it was found.”

Adeyi was kidnapped at gunpoint while traveling from Otukpo to Ogbokolo for pastoral duties. His abductors contacted church officials and demanded 25 million naira (US$121,224) as ransom, according to a parishioner who requested anonymity. Some 2 million naira (US$9,700) had been paid, according to one unconfirmed press report.

The kidnappers had contacted the bishop of Otukpo Diocese to demand the ransom, the church member said.

“The kidnappers used the mobile phone of the Very Rev. Adeyi to contact our bishop,” he said.

The bishop of Otukpo Diocese, the Rt. Rev. Michael Apochi, could not be reached for comment as he was said to be involved in the evacuation of the corpse.

Paul Yakadi, police commissioner of Benue state, confirmed the death of Adeyi but declined to give further details.