Christians should be tried for 'sedition,' official says. 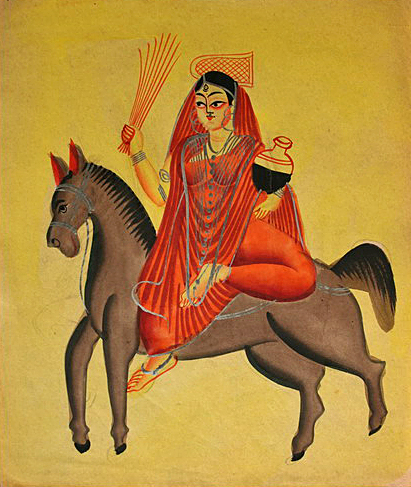 After prayer and song at his church in Naupur, Jaunpur District, Uttar Pradesh state on May 22, pastor Lalta Ram stood up to preach when the assailants with bamboo sticks entered from the back and began accusing him of forceful conversion as they beat him, sources said.

“Pastor Ram was beaten up severely on his body, hand, leg and head,” assistant pastor Vijay Bahadur told Morning Star News. “The cut in his head was two inches deep, and he started to bleed profusely and fell unconscious on the ground.”

About half of the people who gathered for the Sunday service in a makeshift tent started running in different directions, while those who remained were also attacked. When the pastor’s wife, Sushila Devi, and four women rushed to help him, they too were beaten.

Devi, 59, suffered wounds on her face, a broken hand and contusions on her back, and 15 other Christians sustained wounds and cuts. Pastor Ram, whose right hand was broken and who suffered a six-inch cut on his left hand, was hospitalized for five days.

Church members have since been too frightened to go worship services, said Pastor Ram, who has yet to completely recover physically and emotionally.

“Anybody who needs prayer and counseling can come over to my place, and if anyone needs a home visit, I will go and visit,” he said.

Hindu extremists had temporarily shut down the church earlier this year. On Feb. 28, Hindu extremist leader Raj Bhar and four policemen arrived at a church meeting, halted it, and took pastors Ram and Bahadur to a police station.

“The policemen at the station told us to close down the church and questioned us about whether we are forcibly converting anyone,” Bahadur said. “They further claimed that because of the church and the preaching, all the sorcerers in the area had lost their businesses, as the people no longer believed in them but in Jesus.”

About 200 Christians showed up at the police station, however, saying they attended the church of their own free will as they had found peace and healing in Jesus Christ, and that nobody lured or forced them, Bahadur said. The Christians persuaded police to release the pastors without charges.

“After this incident, the church was closed down for two weeks,” Bahadur said.

The harassment began in Aber village, when five people, including two policemen in civilian attire, threatened Christians before a worship service as other extremists berated them and shouted anti-Christian slogans, according to the Evangelical Fellowship of India (EFI).

Later that day, as the Christians returned home from the prayer meeting, the same people blocked their vehicle, summoned evangelist V.A. Anthony to come out, slapped him and told him to leave the area, EFI reported. They continued trailing their vehicle along with another car full of Hindu extremists.

Anthony and two other evangelists, his wife Prabha Anthony and Praveen Choudhary, were then taken to the Kolar police station and into judicial custody. They were released on bail after two days.

The arrests came after Hindu extremists announced a campaign against churches in Satna, where a member of the Madhya Pradesh Backward Classes and Minority Welfare Department, Laxmi Yadav, was reported as saying that the Christians should be tried for sedition, the Global Council of Indian Christians (GCIC) reported. Yadav announced a campaign to stop Hindus from attending Sunday church services, saying pastors “trick them into conversion,” according to the GCIC.

Some villagers have reported that at the time of the arrest of the three evangelists, Hindu extremists including Yadav accompanied police, and that he remained with the officers until the court initially decided to deny bail to the Christians and place them in custody.

“Christians are living in an atmosphere of fear in Madhya Pradesh,” GCIC President Sajan George said. “The anti-conversion law is used to harass and intimate the Christian minority community, and the three innocent Christians are detained on false allegation of forced conversions.”