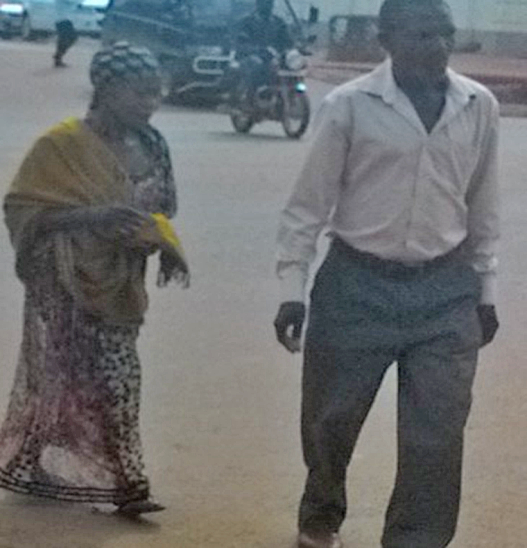 NAIROBI, Kenya, June 30, 2016 (Morning Star News) – Muslim villagers in eastern Uganda last week killed a Christian woman for refusing to allow a mosque on her property, and in the same district Muslim relatives of a young Christian mother poisoned her baby, sources said.

Efranse Kadondo, a 50-year-old Catholic of Naigobya village, Kiyunga Sub-County in Luuka District, had resisted relatives’ pressure in March to donate part of her land for construction of a mosque, a local source told Morning Star News. One of her Muslim relatives, Zainabu Kasubuza, pressured her along with some imams, the source said.

He said Kadondo had told him, “I told Zainabu that if I have to surrender part of my land, then I will give it to the Catholic Church. This angered Zainabu, who forcefully chased me away with some imams who had accompanied him.”

Kadondo took refuge at a relative’s place in a nearby village, and on June 17 she reported the seizure of her land to police in Lakabuku (File No. SD 17/06/06/16), seeking orders for the return of her property, according to an officer who requested anonymity.

“Efranse attended an overnight prayer meeting at our parish on June 22 and left at around 4 a.m. on June 23, and later we heard the sad news that she was found dead in her house,” a Kiroba parish priest told Morning Star News.

Kadondo’s relative had spotted some Muslims lingering around the place where she was harboring her that evening, including a neighbor named Shaban Waida, she said.

“I saw Shaban with some other people near my house in the evening,” she said. “The next morning, Efranse did not show up, so I decided to go to her house, only to see police around the house the evening of June 23 with Shaban and a number of people.”

Police told her that Kadondo’s body was lying in blood with broken hands and bruises around her neck inside a room of the house, she said, and that a neighbor had informed officers of plans to secretly bury her that evening.

“Those present with the police included Shaban Waida,” she said. “I suspect it must be Waida and his goons.”

Police arrested Waida, 40, Shafia Mudondo, 41, Jamira Kasubo, 45, Sumein Namulondo, 50, Kitesi Kowa, and Simewo Wambi, 70, in connection with the death (File No. SD 17/06/06/16.) The relative who pressured Kadondo for her land, Kasubuza, and the chairperson of Local Council 1, which has authority over Naigobya village, identified only as Bagoole, have absconded along with other alleged accomplices, sources said.

Police took Kadondo’s body to Nakavure Hospital in Iganga District for an autopsy, and police told Morning Star News that the post-mortem report confirmed she was murdered. The body later was brought back for burial at her relative’s property.

Kadondo was a widow who apparently had no children.

About 85 percent of the people in Uganda are Christian and 11 percent Muslim, with some eastern areas having large Muslim populations. The country’s constitution and other laws provide for religious freedom, including the right to propagate one’s faith and convert from one faith to another.

In Busandha village, Kiloba Parish, Bukanga Sub-County, Nabirye’s mother-in-law noted that she was eating during the day-time fast of Ramadan.

“My mother-in-law questioned me for eating food with my baby during Ramadan, and I told her that the baby was unwell and needs breast-feeding,” Nabirye told Morning Star News.

Islam does not require non-Muslims, young children or those who are ill to fast during Ramadan, but Nabirye’s mother-in-law, Nubu Kiiza, informed her son, Nabirye’s 30-year-old Muslim husband Ayubu Meddie Kamwa, that she was failing to observe Ramadan.

The following day, on the morning of June 17, Kiiza visited Nabirye.

“She brought some herbs for my baby, Saidha Namwase, which I gave her,” Nabirye said. “After three hours, the condition of the baby worsened, and I rushed her to Iganga Hospital, but she was pronounced dead on arrival at 4 p.m.”

A doctor immediately took several tests and found the baby had been poisoned, Nabirye said.

Nabirye’s husband, Kamwa, sent relatives to the hospital to retrieve the body for burial. They returned with the infant’s body at 7 p.m. and wanted to bury it immediately in accordance with Islamic custom, but Nabirye protested because she wanted her relatives to be present for the burial, she said.

Her husband and mother-in law were furious with her for refusing to bury the body immediately, and they along with other relatives started berating her and calling her an infidel and pagan, Nabirye said.

Nabirye’s mother and siblings, all Christians, arrived later that night. Their in-laws served them a tea that included chloroform, which caused them to fall asleep, Nabirye said. When they awoke the next morning, Nabirye’s sister discovered the baby’s body was missing, and a frantic search ensued.

Nabirye’s husband, mother-in-law, father-in-law, and an imam, Alamzan Waiswa, called Nabirye an infidel for refusing to immediately bury the baby’s body, and they started beating her, her mother and sister for disrespecting Ramadan, she said. The Muslim in-laws told them to leave, but when they refused to go, the beating continued, Nabirye said.

“Nabirye had a deep cut on her face and an injured right hand, while her relatives had light injuries on the face, hands and back,” said a source who met her at the police station.

Police and neighbors searched without success for the infant’s body. Officers later arrested Nabirye’s husband Kamwa, Imam Waiswa, Kiiza and her husband, identified only as 58-year-old Suleiman, for questioning by Luuka District authorities.