Offices have been closed for more than three years. 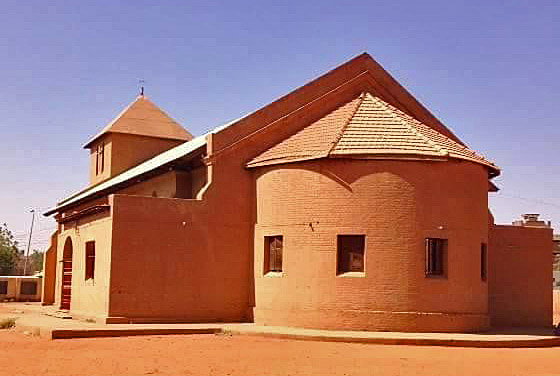 NAIROBI, Kenya, January 1, 2017 (Morning Star News) – After more than three years, the leadership of the Sudan Presbyterian Evangelical Church (SPEC) remains in the hands of government-appointed committee members even after a court ruled in November that the appointments were illegal, sources said.

Sudan’s Ministry of Guidance and Religious Endowment appointed a group to run the SPEC offices on May 13, 2013, in what the prior church leaders called a bid to control church activities and rid the country of Christianity. The ministry issued another letter on Oct. 8, 2013 appointing outsiders to run church affairs, and the church offices soon closed.

A Nov. 29 ruling by Judge Mahmoud Ali Ibrahim of a High Court on administrative matters ruled the Ministry of Guidance and Religious Endowments interfered with church matters and ordered the original leadership be re-installed. The court agreed with SPEC leaders that the appointments contravened the church’s bylaws, which call for election every three years of new leadership through a general assembly.

SPEC leaders on April 1 had written a letter of appeal to the National High Court questioning the legitimacy of the ministry’s decision to hand over the church offices in downtown Khartoum and neighboring Omdurman to government appointees. The Rev. Yahia Abdelrahim Nalu, moderator of the SPEC’s Sudan Evangelical Synod, told Morning Star News that despite the court decision calling for the removal of the government appointed leaders and the re-opening of the church offices, no action has been taken.

“Officials from the Ministry of Guidance and Religious Endowment came to us saying they have implemented the court decision, but practically they have not done anything,” Nalu said.

Nalu said the Nov. 29 court ruling sent to the Ministry of Guidance and Religious Endowment nullifies all former court decisions regarding the church leadership. He added that issue has become more political than legal.

In addition to handing over the SPEC offices to government appointees, the ministry has aided a Muslim businessman, Hisham Ahmed of Vision Education Company, to take over two evangelical schools in North Khartoum and Omdurman, Christian leaders said.

Officials from the Ministry of Guidance and Religious Endowment were not immediately available for comment.

The case is separate from an Aug. 31, 2015 ruling by the Administrative Court of Appeal saying the Ministry of Guidance and Religious Endowments interfered with SPEC’s Khartoum Bahri Evangelical Church by imposing committees on the church in order to enable Muslim investors to take it over.

The church has been subject to arrests and demolition of its property as the congregation has objected to the attempted takeover. Two South Sudanese pastors were jailed since December 2014 and January 2015 respectively, charged with capital crimes, over their support for the congregation’s fight to prevent the take-over by Muslim investors.

The Rev. Yat Michael, 49, and the Rev. Peter Yein Reith, 36, could have been sentenced to death or whipping had they been convicted of the serious charges concocted against them by Sudan’s National Intelligence and Security Services (NISS). They were convicted of lesser charges on Aug. 5, 2015 and released on time served. They and their families have since relocated to a third country to protect them from Islamist retaliation.

The Aug. 31, 2015 ruling nullified three committees the Islamist government imposed on the church. The seven-page decision described the actions of the Ministry of Guidance and Religious Endowment as illegal and mere interference in SPEC affairs.

Riot police had seized the property by force in February 2015, and on Nov. 17-18, 2014, a bulldozer accompanied by security personnel and police knocked down a wall of the church and houses in the church compound. Christians formed a human barrier to face down further demolition attempts on Nov. 19-20, 2014.

One of the homes destroyed in the compound belonged to Nile Theological College; a Christian doctor had rented it, and he lost all his belongings, sources said.

The bulldozer, accompanied by NISS personnel and police, carried out the demolitions based on a court order demanding that church leaders surrender the premises to Muslim investors. The church committee of members that the Sudanese government interposed made a secret agreement with the investors to sell the church property as part of Sudan’s campaign to do away with Christianity in the country, church leaders said.

Police in North Khartoum on Dec. 2, 2014 beat and arrested 38 Christians from the church and fined most of them. They were released later that night.

On Oct. 5, 2013, Sudan’s police and security forces broke through the church fence, beat and arrested Christians in the compound and asserted parts of the property belonged to a Muslim investor accompanying them. As Muslims nearby shouted, “Allahu Akbar [God is greater],” plainclothes police and personnel from NISS broke onto the property aboard a truck and two Land Cruisers. After beating several Christians who were in the compound, they arrested some of them; they were all released later that day.

Harassment, arrests and persecution of Christians have intensified since the secession of South Sudan in July 2011, when President Omar al-Bashir vowed to adopt a stricter version of sharia (Islamic law) and recognize only Islamic culture and the Arabic language. The Sudanese Minister of Guidance and Endowments announced in April 2013 that no new licenses would be granted for building new churches in Sudan, citing a decrease in the South Sudanese population.

Due to its treatment of Christians and other human rights violations, Sudan has been designated a Country of Particular Concern by the U.S. State Department since 1999, and the U.S. Commission on International Religious Freedom recommended the country remain on the list in its 2016 report.