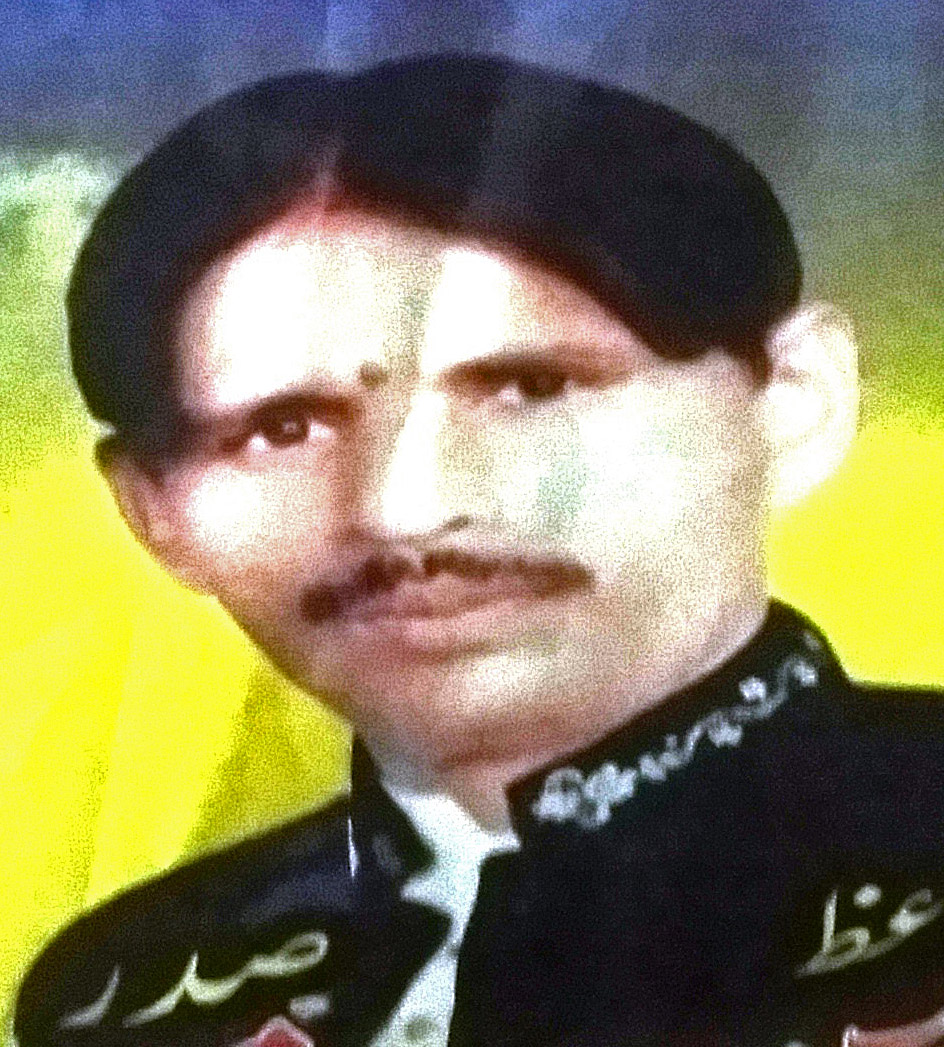 LAHORE, Pakistan, January 4, 2017 (Morning Star News) – Muslims in Pakistan have filed a blasphemy charge against a Christian in retaliation for refusing their demand that he and others cede church land to them, sources said.

In a First Information Report (FIR) at Nishtar Police Station in Lahore, Haji Nadeem on Friday (Dec. 30) accused Babu Shahbaz of Kamaha village of desecrating the pages of the Koran to “hurt the religious sentiments of the Islamic world.” Shahbaz was taken into custody the same day.

Nadeem stated that he and other Muslims were going to a mosque to offer early morning prayers last month when they saw Koranic pages strewn on the road.

“100 pages were completely desecrated, while 150 pages were partially destroyed,” Nadeem claimed in the FIR. “The name of Babu Shahbaz was written on all the pages in blue ink … We have strong suspicion that Babu Shahbaz and his unidentified accomplices are involved in this blasphemous act.”

Shahbaz’s brother, George Masih, told Morning Star News that the allegations were baseless and aimed at “teaching a lesson” to the local Christian community for refusing to allow a water treatment plant on church land some months ago.

“Local Muslims Rana Asif Rajpoot and Haji Nadeem have used the blasphemy law against my brother, as we had opposed their demand to vacate the church land eight or nine months ago,” said Masih, adding that the case reeked of vengeance as his 40-year-old brother is illiterate and cannot write his own name.

Masih said that Rajpoot, Nadeem and other Muslims wanted to seize the Nasiri Pentecostal Church built on Shamlat village land. The land is reserved for common-use purposes.

“They said that they wanted to set up a water treatment plant there, but we asked them to find an alternate place for the plant and even offered to share the cost of the land and the plant as a community,” Masih said.

Masih and his brother told them they would not allow the church to be displaced, as some 150 families are members of the Nasiri Pentecostal Church. Rajpoot and Nadeem continued issuing veiled threats to them over the months, but they paid them little attention, he said.

“On Dec. 11, they again tried to pick up a fight with us by playing loud music on the occasion of my niece’s wedding,” Masih said. “We requested them to turn down the volume as it was disturbing the wedding rituals, but they refused to comply. We avoided an altercation with them, as we did not want to disturb peace in the village.”

Masih said that on Thursday (Dec. 29), he was summoned to an electronics shop owned by local Muslim Malik Akram. Some 100 to 150 Muslims had gathered there.

“When I asked them why they had called for me, they showed me the desecrated pages of the Koran and said my brother Shahbaz’s name was written on all the pages,” he said. “I was shocked to see the pages and told the gathering that no Christian could even think of doing such a heinous crime. I also offered them the cooperation of the entire Christian community living in the village in finding out the persons responsible.”

Masih said that the Muslims told him to go home and ask his brother about the pages.

“I came home and told Shahbaz about the allegation being brought against him,” he said. “He denied having anything to do with the incident and said he was even willing to swear by the holy book to clear his name.”

Shahbaz’s family believes God has granted him the gift of healing prayer, and he receives enough pay from healing people, including Muslims and Christians, to provide for his wife and three children, Masih said. He added that, as a result, his brother has had to face false accusations of practicing black magic.

The Muslims had arranged another meeting on Friday evening (Dec. 30) to discuss the matter, but Shahbaz and his relatives were surprised when police raided their place early in the morning and arrested him for alleged blasphemy.

Masih said that Christians had been living peacefully alongside area Muslims for years, and that this was the first such conflict in the village.

“Several Muslims are helping us in resolving the matter,” he said. “Meetings are held every day between the village elders, elected representatives and police officials to find a solution to this problem. There is no evidence or witness against my brother, yet the police registered a blasphemy case without even investigating the matter properly. We don’t know yet where Shahbaz is being kept by the police, as we haven’t been allowed a meeting with him.”

The Nasiri Pentecostal Church senior pastor, identified only as Jaidoon, told Morning Star News that in serving there for 17 years, he has never seen any religious tension in the village.

“There are some other churches here as well, and the local Christian community has been living peacefully with the Muslims,” he said. “This is an unfortunate incident perpetrated by a few miscreants to drive a wedge between the two communities, but I’m sure God will help us in resolving the matter amicably, and Babu Shahbaz will be back with his family really soon.”

Senior police officials did not respond to repeated efforts to reach them for comment. A sub-inspector of police investigation, however, told Morning Star News on condition of anonymity that initial investigation showed the case against Shahbaz might be politically motivated as well.

“Some local sources have told us that Shahbaz and other Christians supported a certain Muslim group in the local government elections, while the rival group was backed by the ruling party, the Pakistan Muslim League-Nawaz [PML-N],” he said.

Shahbaz played a major role in garnering Christian support for the Malik Babar group, and this may be a reason some rivals may have wanted to target him, the official said. 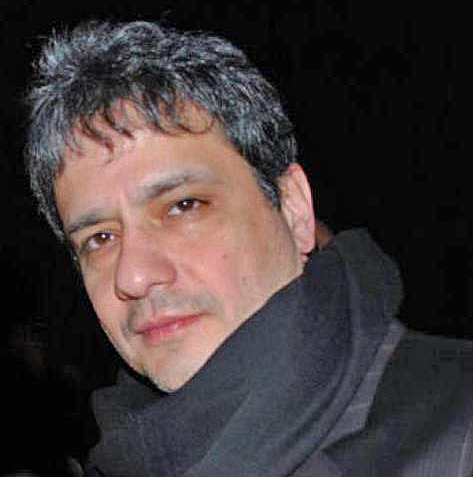 Separately, a Christmas message calling for prayers for those charged under the blasphemy laws led to death threats against the son of former Punjab Gov. Salman Taseer, gunned down five years ago for criticizing the internationally condemned statutes.

Islamist extremists have also called for mass protests if police do not charge Shaan Taseer with blasphemy against Islam, which in Pakistan is punishable by death.

Taseer’s father was gunned down by this bodyguard for championing the case of a Christian woman, Aasiya Noreen (commonly called Asia Bibi), who was sentenced to death under the blasphemy laws, which he the former Punjab governor said needed to be reformed.

In a video message posted on his Facebook page, Shaan Taseer, a Muslim, wishes a happy holiday to Christians and, in solidarity, asks for prayers for Noreen and others victimized by what he called “inhumane” blasphemy laws.

Taseer said that he had received “very credible death threats” from supporters of his father’s killer, bodyguard Mumtaz Qadri.

“They are sending me Mumtaz Qadri’s photos with messages that there are several Mumtaz Qadris waiting for me,” he said.

Tens of thousands of people attended Qadri’s funeral last March after he was put to death for killing the governor, as they considered him a hero – showing the potential for this case to become another flashpoint.

More than 200 people in Pakistan were charged under blasphemy laws in 2015 – many of them minorities such as Christians, who make up 1 percent of Pakistan’s population. The laws are often used to settle personal scores, and Islamist groups and lawyers advocating the harshest punishments often apply pressure for convictions on police and courts.

At least 65 people, including lawyers, defendants and judges, have been murdered over blasphemy allegations since 1990, according to figures from a Center for Research and Security Studies report and local media.

A spokesman for the hard-line Islamist movement Pakistan Sunni Tehreek said it was demanding police in Lahore charge Shaan Taseer with blasphemy against Islam.

Police declined to comment, and a copy of the police report on the complaint did not mention Shaan Taseer by name. The police report did reference the Christmas message and mentioned an investigation under Section 295-A, which bans hate speech against any religion.