US: Religious freedom law: a good sign for the persecuted Church

United States (MNN) — In the United States, the discussion on international religious freedom is often overshadowed by other issues. However, the Frank R. Wolf International Religious Freedom Act, recently signed into law, indicates a big win for the fight. 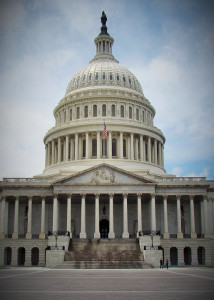 That means legislators on both sides of the aisle agree that religious freedom is an important aspect of life for every man, woman, and child. Why is religious freedom such a big deal? Well, for one, it’s a civil liberty that is poorly observed in many parts of the world.

This is true especially for Christians. Christians are recognized as the most persecuted group in the world, according to a recent report by the Center for Studies on New Religions. Many countries make it illegal for Christians to share the Gospel or practice other aspects of their faith.

How will the law increase religious freedom?

Nettleton explains this new law addresses many weaknesses that previously existed for the State Department when it came to religious freedom advocacy.

One notable change is the Ambassador-at-Large for International Religious Freedom will now be required to report directly to the Secretary of State.

That means, Nettleton says, “Regardless of who’s in power, regardless of the administration, they can’t sort of shuffle this particular position into some State Department backwater and get it out of sight, out of mind.” 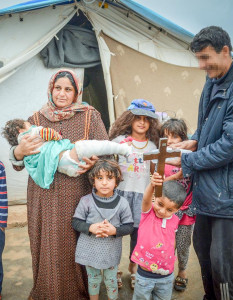 Persecution doesn’t only stem from governments, but also from extremist groups. (Photo courtesy of Voice of the Martyrs)

So, from ISIS to the government of North Korea, the State Department can identify the source of persecution and better respond to the situation.

Another change is that every single Foreign Service Officer will have training on religious freedom so they are up to speed on, “Why it’s important, why it’s a part of U.S. foreign policy, what to look for to see when it’s not present, how to address it with foreign governments that you’re working with,” Nettleton says.

These changes will hopefully make the fight for religious freedom part of the culture of the State Department. And if the law is carried out, it will let the world know the United States cares about religious freedom.

As we enter a new administration, we don’t know what emphasis will be put on religious freedoms, but that doesn’t mean we are without hope. 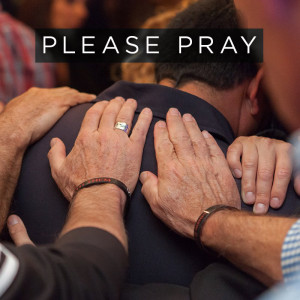 Your prayers are powerful. (Photo courtesy of Voice of the Martyr)

“We have hopes that it will be a priority, and I think that can be an item for our prayer list. Just as the transition is taking place, pray that the new administration will place a priority on religious freedom and especially on persecuted Christians around the world, because the statistics are that the most persecuted religious minority is Christians.”

Voice of the Martyrs has a liaison with Washington, D.C. and they offer their insight, expertise, and information on persecution matters around the world.

The first step to get involved with Voice of the Martyrs is to sign up for their newsletter here. As Nettleton says, it’s not just information about the trials Christians are facing, but also the stories of what God is doing despite the persecution.

He says, “It’s an encouragement as well as a way to educate yourself about persecution around the world.”

Here are some other ways to help advocate for the persecuted Church with Voice of the Martyrs. In addition, if you’d like to learn about persecution by country, check out Open Doors World Watch List, 2017.