International (MNN) — Open Doors’ 2017 World Watch List made waves on the international scene yesterday as it exposed the new top 50 countries where persecution of Christians is the worst.

We talked the other day about the importance of identifying entities causing Christian persecution — like ISIS or Boko Haram — in addition to governments and states. Open Doors USA’s Kristin Wright says this distinction impacted countries’ standings in the list.

“We have definitely seen a rise in these entities, or these non-state actors, that violently persecute Christians. So some of those countries where you see that particularly happening as examples that we see in the news everyday [are] Syria and Iraq — where ISIS and other terrorist groups, extremist groups, are targeting Christians for severe persecution, driving them from their homes, in many cases murdering, raping, destroying churches, and so we see a lot of this taking place. It’s of particular concern and important to be able to label these groups for what they are and to be able to seek and pursue justice for those who are impacted.”

For example, ISIS only controls territory in Syria and Iraq. But because ISIS has branches and grassroots movements spreading into several other surrounding nations, it raised the level of Christian persecution on those countries too.

When ISIS declared its caliphate in 2014, there were only extremist branches in seven countries. As of last year, White House intelligence stated ISIS has fully functional branches in 18 countries. 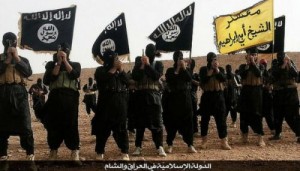 “We’ve certainly seen countries rise on the list because of extremist elements, and one of those countries would be Somalia. This year, it ranks number two on the World Watch List, and we’ve seen where extremist groups are working to promote their dangerous ideology, not only by recruiting very young people, but also in the schools, putting forward this extremist ideology.”

Wright continues, “Somalia would be one example of that, but also Afghanistan ranking number three, Pakistan ranking number four, these are both areas where Christians — they’re not only at a very low level of society and often forced to take sort of menial jobs, it’s difficult for them to get ahead, they suffer economically — but in addition to that economic suffering, there’s this other aspect of radical groups that are specifically targeting Christians. So they’re blowing up churches, they’re attacking on Sunday morning.”

Another extremist entity to keep an eye on is Boko Haram in Nigeria. The Nigerian President Muhammadu Buhari stated just a few weeks ago that the government has “technically won the war” against Boko Haram extremists. “Technically”, to the government, apparently means they consider Boko Haram to be weakened to the point where they are unable to mount “conventional attacks” in the country.

However, critics say these claims by the Nigerian government are exaggerative since, when victories have been claimed in the past, Boko Haram just rebuilds and strikes again. For the 2017 World Watch List, Nigeria didn’t go up or down, but stayed at number 12.

In the end, it’s the Nigerian people and Christians who suffer.

“This is a regular incident in Nigeria where women and girls are regularly kidnapped by this terror group and Christians are regularly targeted, churches are burned and destroyed, and people are murdered because of their faith. So we’ve seen this only ever on the rise in Nigeria, where it’s getting worse.”

Ultimately, Wright gives this comprehensive assessment of the 2017 World Watch List: “Once again, last year was the worst year ever for the persecution of Christians.”

So, you now have the list. What can you do with it?

First, pray. “It’s something for Christians to take seriously, I think, in our country — to be remembering in prayer those who face persecution.”

Then, use your voice to champion Christians suffering persecution around the world!

Wright shares, “We do a lot of advocacy on behalf of the persecuted Church, so sign up on the Open Doors website, that’s opendoorsusa.org, sign up for advocacy updates so you can be a voice for our persecuted brothers and sisters.

“Today at the launch of the Open Doors World Watch List 2017, we also launched a campaign for this new incoming administration encouraging them to take action on international religious freedom and to understand the very dire risks that Christians around the world are facing, and to take action.”