Church leader who planted three congregations given 72 hours to leave. 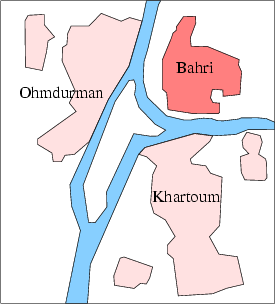 Sudan’s National Intelligence and Security Services (NISS) on Dec. 6 ordered pastor Koat Akot of the Sudan Pentecostal Church to leave within 72 hours after an official told him he was not wanted in the country because of his evangelistic and church activities, Pastor Akot and another South Sudanese source told Morning Star News.

“You must leave the country immediately,” the NISS official told church leader, who has helped establish three churches in the Khartoum/Omdurman area – one with 500 members, one of about 160 and another of about 60. He left the country under pressure on Dec. 9.

Upset that he was leading worship services, NISS authorities had detained Pastor Akot on Nov. 18, the pastor said. After detaining and questioning him for a day, they required that he report to their offices daily for three weeks.

Accusing him of working for foreign Non-Governmental Organizations (NGOs), the NISS officials demanded that he reveal the sources of his financial support during interrogation, Pastor Akot said.

“I told them I was not working for foreign NGOS,” he said, adding that, in an attempt to bully him, NISS officials showed him a list of Christians and churches they were monitoring.

NISS officials also confiscated a laptop, digital camera and a smartphone from the church leader during the interrogation.

At the same time, according to Sudan’s Interim National Constitution (INC), all rights and freedoms enshrined in international human rights instruments ratified by Sudan are considered integral parts of the INC’s bill of rights, according to the report. Sudan has ratified (though it is not a signatory of) the International Covenant on Civil and Political Rights, which calls for freedom to manifest one’s faith in worship, observance, practice and teaching.

Pastor Akot, who is now in a third country, said he had entered Sudan legally with a valid passport. South Sudanese are still allowed to live in Sudan following South Sudan’s secession in 2011. Along with many South Sudanese who remained in Sudan, others have returned following eruptions in South Sudan’s civil war in 2013 and 2016.

Non-Muslims are estimated to make up between 15 to 20 percent of Sudan’s population, according to the State Department report, citing religious advocacy groups. The Sudanese government estimates approximately 97 percent of the total population of 36.1 million is Muslim.

“It is unclear whether government estimates include long-term residents of Southern Sudanese origin (who are predominantly Christian or animist), whose status remains under review by the government,” the report states.

Harassment, arrests and persecution of Christians have intensified since the secession of South Sudan in July 2011, when President Omar al-Bashir vowed to adopt a stricter version of sharia (Islamic law) and recognize only Islamic culture and the Arabic language. The Sudanese Minister of Guidance and Endowments announced in April 2013 that no new licenses would be granted for building new churches in Sudan, citing a decrease in the South Sudanese population.

Due to its treatment of Christians and other human rights violations, Sudan has been designated a Country of Particular Concern by the U.S. State Department since 1999, and the U.S. Commission on International Religious Freedom recommended the country remain on the list in its 2016 report.