Burma (MNN) — The recent disappearance of two Baptist pastors in the Kachin state of Burma (Myanmar) looks to be the work of the Burmese Army. But even as the Human Rights Watch calls on them to release details on what’s happened to these two men, it’s a wonder that they think they can get away with it. The thing is, like many oppressed countries, there are atrocities committed every day in Burma that see no justice. 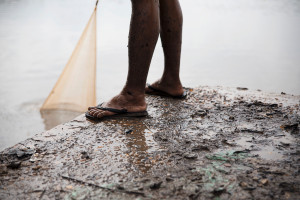 The two men disappeared on Christmas Eve. It is believed that the Burmese Army retaliated after the men gave details to a reporter about Burmese airstrikes that damaged a Catholic Church. The Human Rights Watch has urged the military to allow a UN expert to investigate. Burma is number 28 on the Open Doors World Watch List for the persecuted Church. Yet, as we’ve mentioned before, much of the persecution is ethnic-based, targeting several Christian and non-Christian ethnic minorities. The situation is complex, and details are skewed and difficult to understand. That’s partly because access is often restricted, and partly because the activity there doesn’t garner much of the world’s attention.

“I think because it’s on a smaller scale, it does kind of tend to go under the radar and go unnoticed,” Dyann Romeijn of Vision Beyond Borders says.

The conflict in Burma is complicated and long-lived. In some ways, you could compare it to the struggle over Aleppo. Rebel armies are fighting with the military. The violence is sending thousands of civilians fleeing for their lives. Romeijn says perhaps because the fighting has been going on for so long, people are tired of hearing about it. Their compassion is spent.

Burma has been accused again and again of human rights violations. But despite recent changes in the government, little progress has been made.

Romeijn explains, “The government that’s in place in many ways does want to see more freedom for the ethnic minorities but the problem is, [the] military now has got so much power and the military has been in power so long that it kind of operates outside of the government.”

Remembering who is in charge

Some areas in Burma are experiencing democracy and a level of freedom. Others are under immense persecution. Either way, Burma has a lot of work ahead. But even if they continue down this path, Romeijn says there is hope. 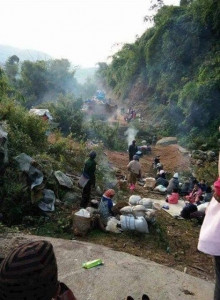 An IDP camp was attacked by the Burmese Army earlier this month. (Photo courtesy of VBB/contact)

“God still is in control — that hasn’t changed. It’s difficult for us to see in a situation like this where there’s so much brutality and so much oppression. But it does give Christians an opportunity to be the Church, to reach out, to care about those who are being oppressed.”

VBB has contacts in the area who are distributing medication and food to both IDP camps and refugee camps across the borders. Their ministry is an example of Jesus’ love. Romeijn says along with that work, we must pray for lasting peace and continue to care.

When we don’t see any hope of change, it’s easy to start ignoring the problem and focus on our own lives. Romeijn says this is especially true in America where our comfort and abundant blessings can distract us from what really matters.

She explains, “God calls us to be a blessing to others. He doesn’t give us all these things and all this money so we can be comfortable ourselves, but so we can bless others and we can show and demonstrate His love, sacrificial love, to others in need — and there are lots of opportunities for us to do that around the world right now.”

Please pray for these pastors to be found safe. Ask God to comfort their families. Ask Him to use this trial to increase the spread of the Gospel. And finally, ask Him for perseverance in your prayers and support of Christians in need.

Romeijn says we can be encouraged by the strength of faith our brothers and sisters are exhibiting in Burma, even as they live disrupted lives in camps.

“They really are happy, they’re content. They have a very difficult life, but you’d expect them to be very beaten down. They are very oppressed and they’ve experienced a lot of terrible, terrible atrocities, but yet, they have a lot of joy in Jesus.”

To learn about upcoming trips going to these camps, click here. Romeijn says it is extremely encouraging for these believers to know others are thinking of them and know their plight.