Sudan trial: What next for Christians and activist?

Sudan (MNN) — Lawyers for two Sudanese pastors and a Czech aid worker have 15 days to appeal a disappointing decision on espionage and other state crimes charges. 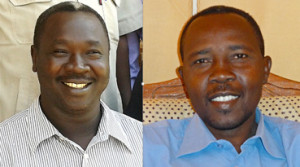 Todd Nettleton, a spokesman with The Voice of the Martyrs, USA, explains, “We had hoped that Mr. Jasek, the Czech aid worker; and the two Sudanese brothers would be released.  Instead, they were all sentenced to very long prison sentences and found guilty of the crimes they were accused of.”

The court sentenced Petr Jašek to life in prison (a 20+ year sentence) for espionage, to six months in prison for spreading rumors that undermine the authority of the state, to a fine of 100,000 Sudanese Pounds (approx. USD 16,000) for undertaking NGO work without a permit, and to one year in prison each (to be served consecutively) for inciting strife between communities, for entry in and photography of military areas and equipment, and illegal entry into Sudan.

Jasek was detained two years ago, along with three Sudanese men after helping finance the medical treatment of a student from Darfur who was burnt during a rally.

Hopes were high going into the day because of a decision from January 2nd to release Rev. Kuwa Shamal Abazmam Kurri.  A judge ruled there was a lack of evidence against him.  Since the cases were built on the same evidence, there was some optimism that a similar ruling would be made in the cases against Rev. Hassan Abduraheem Kodi Taour and Mr. Abdulmonem Abdumawla.

However, Middle East Concern — a group that supports people in the Middle East and North Africa who are marginalized, discriminated against, or persecuted for being or becoming Christians — notes that both were sentenced to ten years for abetting Jašek in the crime of espionage, and one year each for inciting strife between communities and spreading rumors that undermine the authority of the state (even though the legal maximum penalty for this last crime is six months in prison).  All of these sentences are to be served consecutively.

And the judge really threw the book at Petr Jasek, the Czech aid worker.  “The sentence against Mr. Jasek is a life-sentence.  Then, he was sentenced additional time ‘for spreading rumors that undermine the authority of the state’, ‘undertaking NGO work without a permit’, ‘inciting strife between communities’, and ‘entry in and photography of military areas‘ as well as the final charge of ‘entering the country illegally’.”

The Czech government is sending a representative to negotiate something on behalf of Mr. Jasek.

Why punish Revs. Hassan and Abdulmonem and Jasek?  It could be the government wanted to make an example of their situation, offers Nettleton.  “I think it sends a warning message.  I think it has a dampening effect on all of the Christians in Sudan, and even foreign Christians who would consider visiting Sudan.”  At this point, the situation is kind of locked in a ‘holding pattern’, he adds, “…waiting for an appeal to be filed, and then who knows what the time frame is at that point for the appeal to be considered, and for the possibility that this conviction would be overturned?”

Watching from the outside, what can we do?  Nettleton says there are ways to write letters of encouragement to these men, through their Prisoner Alert program (click here to get connected), and we can pray.

“Just pray that God will encourage them.  I think of their families, as well — just thinking about the length of time and the severity of this sentence, it would be very disheartening.  So, we pray for encouragement, we pray for the appeal process to go forward, and for there to be favor on that appeal.  Ultimately, we want to pray that God’s will, will be done.”