Philippines (MNN) — Acts of terrorism are on the rise in the Philippines. On Tuesday, militants loyal to ISIS attacked the southern city of Marawi, kidnapped a Catholic priest and over a dozen congregants, torched several buildings, and killed a police officer. The gunmen flooded into the city after the Filipino army raided the hideout of a most-wanted terrorist. 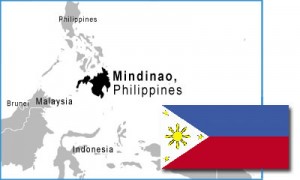 (Photo courtesy of Voice of the Martyrs)

Following the uptick in violence, Mindanao in the southern part of the Philippines is currently under martial law, and President Rodrigo Duterte is considering expanding it to the rest of the country.

Christian Aid Mission supports ministry partners and independent mission boards in the Philippines. Steve Van Valkenburg with Christian Aid has been in contact with their partners there and shares, “Martial law will be welcomed in some areas. The local Christians may be welcoming that.” However, he adds, “I think that often the ministries are hampered when there is martial law because they cannot travel.”

The attack on Marawi wasn’t an isolated incident in the South Asian nation. “Every day there are bombings and terrorist activity. We just don’t hear it in the West, in the news.”

The Philippines is the largest Catholic-majority nation in Asia, with Roman Catholics making up 83 percent of the nation. For that reason, many people may not think of the Philippines as a country that is dealing with terrorism grassroots efforts, or that needs more missionaries. Still, the increased presence of Muslim extremists is a problem.

“The southern part in Mindanao has had many Muslims, and that has been a fertile ground for terrorism…. They would have a caliph, they would have Sharia law. The government in the Philippines keeps saying and thinking they have got things under control, but then the next thing you know, something else pops up and there’s terrorist activity in another area. So it keeps on coming up over and over.” 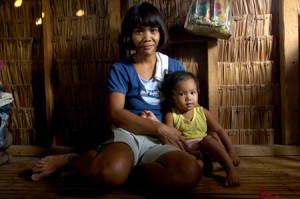 For Christian missionaries in the Philippines, they can often become targets as they go into Muslim communities to share the Gospel.

“This rising of tensions will be a problem for a lot of these [missionary] workers because in the communities where they’re working, they’re known as Christians and it just makes it more of a tension there when there’s martial law and when there’s an uprising of terrorist activity. The Christians are sitting ducks often and they’re much more vulnerable.”

However, the reports Christian Aid is hearing shows that God is still moving in the Philippines, even despite opposition. “They’ve been having good ministries. I appreciate their love for Jesus and the way they have been willing to just bravely go out in the middle of hostile areas and be able to plant themselves and be able to share the Gospel.”

Please pray — for the government leaders to have wisdom in quelling the violence, for God to open the eyes of Muslims and extremists to the truth of the Gospel, and for those who have lost loved ones in these attacks.

Van Valkenburg also asks us to pray for the Christian missionaries in the Philippines. “Pray for protection, but also pray that they would know how to be sharing God’s truth during this time.”