Russia (MNN) — The United States Commission on International Religious Freedom remains vocal on concerns in Russia.  Last week, USCIRF Commissioner John Ruskay told the Russian Government to “…stop equating peaceful religious behavior with terrorism.”  His remarks were connected to a plea that Russia release Bagir Kazikhanov, who was imprisoned unjustly because of his religious beliefs.

May 21st marks the 10th anniversary of a Moscow district court designating 14 translations of the writings of Turkish Islamic theologian Said Nursi as “extremist”.  Bagir’s crime was being a reader of Nursi’s works.

Those comments came on the heels of the 2017 Annual Report in which Russia, for the first time,  was designated a Country of Particular Concern (CPC) for its “systematic, ongoing, and egregious” violations of religious freedom.

What does this mean for the Body of Christ in Russia?  Mission Eurasia’s Russia director Paul Tokarchuk says it means change.  “What used to be freedom of speech now is a number of limitations [and a] number of laws that minimize, with some threat, the local churches in terms of freedom of speech, freedom of publicly speaking about beliefs.”

The concern is centered on the application of the laws.  “Who will be next, in terms of some other evangelical churches — those that have already been in the country for 140 years?  That’s another threat, another concern, and we’re anxious about it.” 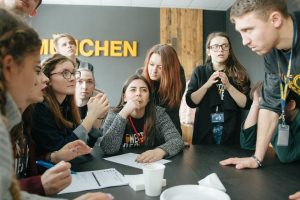 He goes on to explain, “Right now we are looking for ways, not to put them at risk, but trying to be wise and at the same time, seeing what opportunities we have to continue our work, to continue sharing the Word of God with people, plant more churches, work with the young people, and publish more Gospels and Bibles.”

Additionally, a new component of SWW is the Next Generation Professional Leaders Initiative (NGPLI), which is designed to train more than 2,000 young professionals annually to impact their peers and professional spheres of influence for Christ. 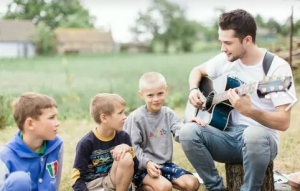 “More than ever,” he says, “Russia needs the Word of God, especially the young generations. Please pray that this upcoming summer, we would reach several thousand kids through Bible camp ministries.”  As Russia continues to clamp down on freedom of religion and free speech, Tokarchuk urges other followers of Christ to be praying.  Pray wisdom for the authorities as they navigate through turbulent times.  But also, “Please pray for bold and courageous leaders that we are training through School Without Walls or some other programs that we share through Mission Eurasia.”