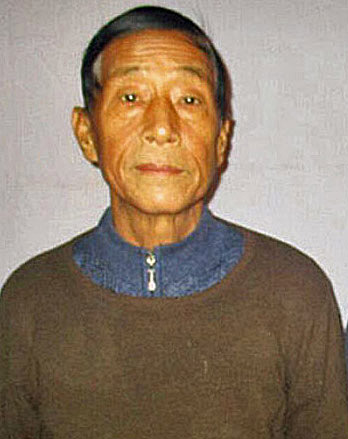 Pastor Dom Dawng Nawng Latt, 65, has become weak, lacks energy and suffers from asthma and diarrhea, according to his wife and a lawyer for Nawng Latt and fellow pastor La Jaw Gam Hseng, 35, who is on trial with him.

“He lacks nutrition,” attorney U Brang Di told Morning Star News. “As he is old, it makes it worse. He seems very weak.”

The two assistant pastors were arrested in Burma (Myanmar) for helping local journalists cover attacks on a Catholic church building in northern Shan state, in eastern Burma, in November 2016. On Dec. 24 they went to the Byuha Gon military base to negotiate the release of a civilian couple who had complained to army officials about the destruction of their house, but military officials released the couple and detained the clergymen, sources said.

Normally suspects can be held for only 28 days without trial under Burmese law, the attorney said. The two pastors finally appeared at a trial hearing in Lashio on May 3.

A Burma army prosecutor has charged the two pastors under the Unlawful Association Act with recruiting and spying for armed ethnic groups such as the Kachin Independence Army (KIA), the second largest ethnic armed group in Burma. The two Kachin Baptist Convention pastors, along with other denominational leaders, deny the charge.

“The court questioned five Burma Army officials who are witnesses from the prosecutor side for testimony,” Brang Di said. “The court will also question another two other police for testimony.”

“He suffers from asthma,” she told Morning Star News. “Now he has diarrhea often. He has to share the room with 40 people in custody. So, it is very tough for him; he is getting disappointed. He suffers both mentally and physically.”

She said she has been able to visit her husband a few times, even though Pastor Nawng Latt was transferred from Mongko town in Muse Township to Lashio in April, and brings him food and medicine.

“As he was transferred to a prison in Lashio town, it is more difficult for us to travel and see him often,” Peng said. “We have to make two stops. The road is tough, and it costs us more.”

The Christian leaders could face as much as three years in prison under the Article 17/1 for allegedly making contributions to or assisting an “unlawful association,” and as much as five years under Article 17/2 for assisting in the management or promotion of one.

Human Rights Watch has decried the arrests as arbitrary and called on Burma to release the pastors immediately.

Sources said that the Burma army arrested the two pastors for taking three local journalists to take pictures of the damaged St. Francis Xavier Catholic Church building that was bombed by Burma army jets in November.

A Burma army prosecutor, Maj. Kyaw Zin Htun, filed the charges against them.

After news and pictures about the attack on the church building were published, the Burma army asked a journalist to delete photographs of the damaged structure.

Armed conflict between Burma and ethnic armed organizations erupted anew in northern Shan state in November 2016, forcing over 50,000 refugees in total to flee to other areas of the state and the border with China.

Burma is about 80 percent Buddhist and 9 percent Christian. The government has recognized the special status of Buddhism in Burma.