‘Change your image of India from a nice backpacking trip to the Taj Mahal!’ 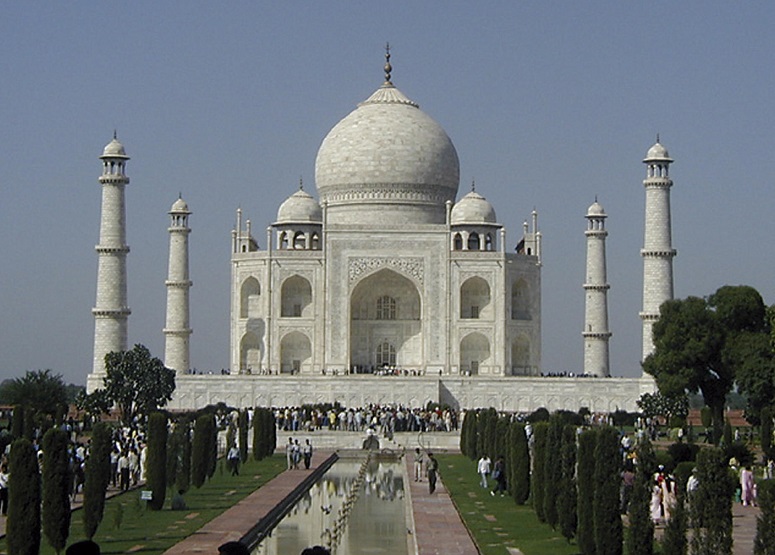 Dutch MEP Peter Van Dalen told people to “forget the image of a nice backpacking trip to the Taj Mahal!” as he expressed concerns about the position of religious minorities in India. (Photo: Open Doors International)

India, Saudi Arabia and Pakistan top the list of countries where religious freedom is under pressure, according to the Annual Interim Report 2017 of the European Parliament Intergroup on Freedom of Religion or Belief and Religious Tolerance’s, presented in Brussels last week.

“Forget the image of a nice backpacking trip to the Taj Mahal!” said Dutch MEP and co-chair of the Intergroup, Peter Van Dalen on 20 June. “Since Narendra Modi rose to power with his nationalist party in 2014, the situation has become worse and worse, and now the position of religious minorities has become even more alarming.”

The party recently selected Bihar Governor Ram Nath Kovind as its candidate for the Presidential elections, which will take place this year – either through the direct appointment of the BJP candidate (if enough support is given in advance) or an election.

Kovind’s potential appointment as the next Indian President will worry religious minorities, after he said that “Islam and Christianity are alien to the nation”.

“With a radical Hindu President, on top of a radical Hindu Prime Minister, religious minorities will have no-one left to appeal to if they feel under pressure,” according to Rolf Zeegers, analyst at Open Doors’ World Watch Research unit.
Modi visits US

The European Members of Parliament said they found it concerning that during a recent visit to India by the EU High Representative for Foreign Affairs, Federica Mogherini, talks focused on trade and security issues – with no mention of the human-rights situation in the country.

It is also not clear whether human rights is on the agenda for today’s meeting (26 June) between the Indian Prime Minister and US President Trump.

According to the Times of India, the meeting is more likely to focus on the “regional security situation” and “ways to enhance cooperation in bilateral areas of strategic importance. Leading up to the meeting, details were announced of an arms deal estimated to be worth $2.3 billion.

During three years in power, the Modi government has created the image that all is well and that India is moving towards great prosperity.

However, Jesuit priest Joseph Mattam, writing for Matters India, says “there is not much to celebrate” in a nation where minority groups are discriminated against, where the “demonetisation manoeuvre” in November last year has created “huge hardships” for those who rely on cash for their daily needs, and where government policies are influenced by multi-national corporations.
Catholic nun arrested

So-called “Anti-conversion laws” in seven Indian states, and discrimination based upon caste and religion, are among the issues also recently highlighted by the US Commission on International Religious Freedom.

In the central Indian state of Madhya Pradesh, the Freedom of Religion Act makes conversion from Hinduism a punishable offence if done through “force, allurement or appeasement”. UCAN notes that this could include “providing education, healthcare or a simple sermon”.

A recent incident in Madhya Pradesh involved the arrest of a Catholic nun, who was travelling on a train with four girls to the state capital, Bhopal, to attend a church-run education institution.

Her arrest followed a complaint by Hindu activists, who accused Sister Bina Joseph of abducting the four girls and engaging in “illegal religious conversion”. There was confusion about whether one of the girls was a minor – something her parents confirmed but Sister Joseph keeps on denying, saying that all are over the age of 20. The nun was charged with human trafficking and then released, but the case has been referred to police in the eastern state of Jharkhand, where the group is from.
Embed from Getty Images

In a third such incident within a month, Christians travelling in a group have been arrested by police in the Indian state of Madhya Pradesh following conversion allegations.

It is the third such incident within a month of Christians travelling in groups being arrested by police in Madhya Pradesh, a state governed by Modi’s party, the BJP.

Archbishop Leo Cornelio of Bhopal told Crux: “I strongly condemn this harassment by rogue elements who profess their political allegiance-alliance with the ruling party (…) The minority community is being targeted by fringe elements of the ruling party and (…) the ‘conversion’ allegations are levied against the minority Christian community, even in the case of travelling.”

He added: “Scores of poor students from remote rural areas study in our schools and reside in our hostels and they need to travel”.

Meanwhile, a delegation led by Father Maria Stephen from the Bhopal archdiocese met a top railway official in Madhya Pradesh, to discuss the recent events.
Saudi Arabia and Pakistan

Dutch MEP Peter Van Dalen said of Saudi Arabia that it “continues to finance Wahhabism all around the world, which is a threat for us all, while in Pakistan there are hundreds of Asia Bibis because of the continuing death sentences for blasphemy. And it’s not just Christians who suffer, but also Muslims”.

Wahhabi Islam, a philosophy and movement, was identified by the European Parliament as the main source of global terrorism in 2013.