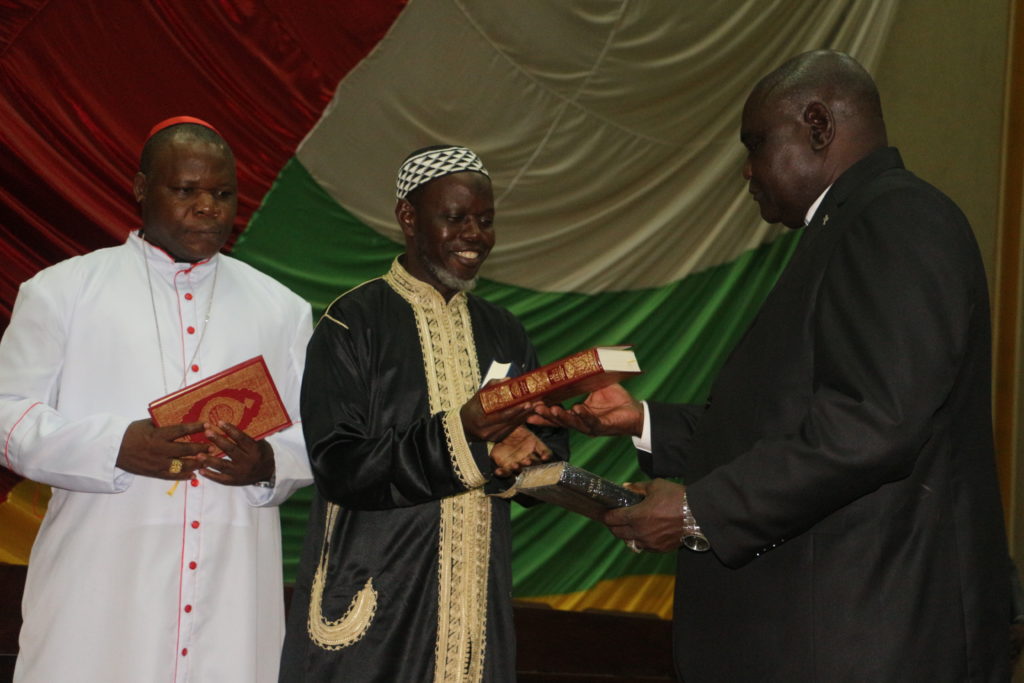 More than 100 people were killed last week in the Central African Republic (CAR), only a day after a peace agreement was signed by 13 of the country’s 14 armed groups in Rome, brokered by the Catholic peace-building group Sant’Egidio.

Rev Nicolas Guérékoyamé-Gbangou, president of the Evangelical Alliance – one of the three top faith leaders recognised globally for their efforts to end the civil war in CAR – told World Watch Monitor he thought last week’s deal, at which he was not present, was a “non-event”; it was not the first of its kind signed by the warring parties, he noted.

“A question a Western diplomat asked me said a lot about the general mood here in CAR: ‘How many peace deals are you going to sign?'” said Rev Guérékoyamé-Gbangou.

There was a spike in violence last month, with more than 300 killed within two weeks in clashes between armed groups in mid-May. World Watch Monitor reported about the circumstances Christians face in the predominantly Muslim north and eastern provinces, where dozens were killed including the younger brother and nephew of Rev Guérékoyamé-Gbangou.

“The people of the Central African Republic are fed up with the bloodshed. We no longer want to continue to count our dead and injured ones. The war must stop.”

In May last year, some 600 delegates from all over the country, including representatives of armed groups, had attended a National Forum in Bangui, the capital, aimed at putting an end to the crisis.

“But as the recommendations of that Forum have not yet been implemented, why should they go somewhere else to sign another deal?” asked Rev Guérékoyamé-Gbangou. “The armed groups who attended the Bangui Forum signed an agreement for an immediate ceasefire. The content of this new deal challenges the achievements of the Forum.

“So, from one agreement to another, we don’t know where the country is heading. One should wonder if this deal was initiated by Central Africans or if it was imposed on them purely by the international community?

“Central Africans have suffered a lot and they are waiting for justice. But by turning a blind eye to crimes that have been committed, we risk opening the door to another cycle of violence. 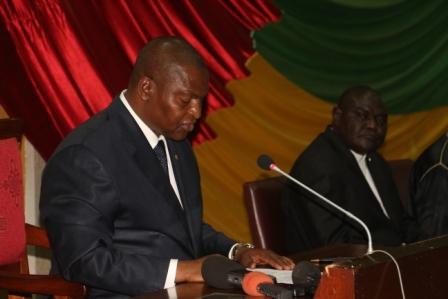 “The question one may ask and which deserves to be addressed by the European Union, which sponsored the trips of the rebel leaders to Rome and Brussels, is: ‘what is the future of the Special Criminal Court, as its prosecutor was just recently appointed?’

“Why should they facilitate the establishment of the court, aimed at judging those responsible for crimes, for the sake of then brokering another deal which grants them amnesty?

“That is one of the questions that leads us, as Central Africans, to doubt the real intentions of the international community.”

Rev Guérékoyamé-Gbangou also denounced what he sees as the inaction of UN peacekeepers in CAR.

Many villages are in danger of disappearing from the map, as they have been burnt down a number of times following repeated attacks, he added.

And he sees the recent flare-up of violence as the result of the “hypocrisy” of the international community.

“How else can we understand that heavily-armed people can rise up and commit atrocities under the helpless gaze of MINUSCA, the UN Peacekeeping mission in CAR?” he said.

“The people of the Central African Republic have no words to describe the situation, which has now become explosive.”

After a period of relative calm, following the election of President Faustin-Archange Touadéra (in Feb 2016), violence has resumed since September.
‘Lay down your instruments of death’

Religious leaders – members of the country’s Interfaith Group – held a joint service at the National Assembly on Friday (23 June). The gathering was attended by high-ranking authorities including President Touadéra, his Prime Minister and the members of his cabinet. Other attendees included members of parliament, foreign diplomats and representatives of the UN and other international organisations. 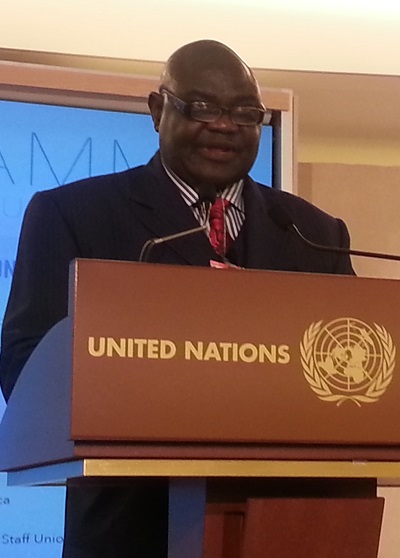 Rev Nicolas Guérékoyamé-Gbangou at the UN office in Geneva, after the three clerics received the 2015 Sergio Vieira de Mello Prize.

Rev Nicolas Guérékoyamé-Gbangou, Imam Oumar Kobine Layama and Cardinal Dieudionné Nzapalainga – one after another – read a declaration to express their disgust at the continued violent acts of armed groups and to emphasise that the conflict relates more to land grabbing and sectarianism, rather than religion.

“The people of the Central African Republic are fed up with the bloodshed,” said Rev Guérékoyamé-Gbangou. “We no longer want to continue to count our dead and injured ones. The war must stop.”

Imam Oumar Kobine Layama, the President of CAR’s Islamic Council, insisted on the need for “equity, charity and assistance to others”, as taught by the Quran.

Cardinal Dieudonné Nzapalainga, Archbishop of Bangui, recalled the message of Pope Francis during his visit to CAR in November 2015, when he said:

“To all those who unrightfully use the weapons of this world, I appeal to them to lay down these instruments of death; arm yourself instead with justice, love and mercy, which are a true pledge of peace.”

President Touadéra insisted on the need for justice in order to “unmask all these shameless grave-diggers and killers of the Central African people”.

He also announced the establishment of a Commission for Justice, Truth and Reconciliation – to shed light on crimes committed in the country.