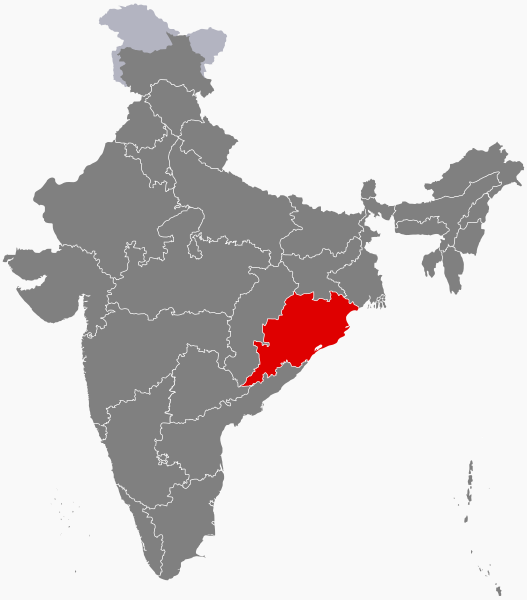 HYDERABAD, India, June 30, 2017 (Morning Star News) – After an attack in eastern India in which a Christian was seriously injured, police and Hindus this month created an “agreement” – without participation of church members – effectively halting worship services, sources said.

Church members were bullied into signing the agreement, they said. As a result, in the tribal village of Abasing in Gajapati District, Odisha state, Sunday worship services have ceased following the June 18 attack on a worship service by a mob of Hindu women, a church leader said.

“There was no worship last Sunday, and this Sunday too we can’t worship,” Pastor Samuel Karjee told Morning Star News. “I can’t tell you how dry and barren we feel. Our hearts yearn to pray and worship together.”

About 30 Hindu women entered the house where the congregation had been worshipping for six months, broke into front and back entrances and dragged the 12 Christians present out, he said.

“We were dragged out, and there were over 300 village Hindus waiting to beat us,” Pastor Karjee said. “They have beaten us with sticks and lathis, kicked us and used foul language against women believers. We tried hard to resist them without physically attacking the women.”

Pastor Karjee said the villagers were shouting during the attack, “Why are you conducting church services? We don’t like Christians. Who are Christians? It’s a foreign religion. Christianity is nothing. You must not pray here.”

Rajata Bada Raita, 24, was seriously injured and still goes for follow-up treatments at District Hospital in Paralakhemundi, he said.

“The doctors said his injuries are internal,” Pastor Karjee said. “He visits the hospital for regular checkups and still has not fully recovered.”

Snatching Bibles and devotional literature from the Christians, the assailants went to a police station complaining that Christian missionaries, pastors and evangelists were visiting the village and distributing them.

Police patrolled the area that night, and the next morning, June 19, church members went to the police station to find officers had arrested 25 Hindus villagers and the five Christians, he said, adding that the Christians in custody were not given food or water all day.

Two members from every Hindu family in the village of about 300 families came to the police station, he said, including members of the Hindu extremist Rashtriya Swayamsevak Sangh (RSS) and Bajrang Dal groups. In the presence of the divisional police and the Tahsildar magistrate, the Hindus formulated the “agreement” with police.

“They went inside the police station, and an agreement was written without our involvement,” Pastor Karjee said. “The agreement mentions the parties have discussed and come to this agreement, but it is not true.”

Along with the four church members who were forced to sign the document, seven Hindus also signed.

Police did not allow Christians inside the police station while the document was written. Pastor Karjee, who didn’t sign it, was given a copy of it only after the four injured church members were forced to sign it. The agreement stipulates:

1. Christians cannot celebrate any event without prior permission from the police station.

2. Christians can worship Jesus Christ in their own house, but they must not invite any pastors or missionaries or evangelists.

3. Christian families intending to celebrate something together, including birthday parties, must submit an application to police, and only with permission can they invite the pastor.

4. If Hindus intend to celebrate any event and are concerned for their safety, they can complain to police of “the threat from Christians.”

It further states that if there are ever any attacks between the parties, the matter must be settled before the police, not by courts. If any of the parties violate the agreement, action will be taken only by police, a translation of the document shows.

Superintendent of Police Sushil Kumar Panigrahi told Morning Star News that it was a mutually agreed upon document.

“There was consent of both the parties,” he said. “There was an attack between two religious groups, and from what it seems, it’s an isolated incident. There were attacks like this a year ago.”

Asked if the Christians were allowed to worship in the village now, he said, “The situation is normal, and Christians are worshipping,” but Pastor Karjee refuted the assertion.

“There was no worship service last Sunday,” he said. “I told the officer, ‘Sir, we are Christians. We need to pray. How can we survive without prayer?” They said, ‘If you want prayer, construct a church here, and leave this village. Don’t call missionaries, pastors or evangelists.’”

Having witnessed the power of prayer, Pastor Karjee said the church is deeply disturbed that they do not have permission to gather together.

“We have witnessed the results of persistent prayers together as a church, and we can’t it put away,” he said. “I am crying as I talk to you right now.”